Corey Harawira-Naera expects Canterbury teammate Dallin Watene-Zelezniak to come out all guns blazing against Penrith on Saturday but hopes the fullback can control his emotions in the process.

The pair will line up against their former side for the first time since leaving Penrith in contrasting circumstances.

Harawira-Naera left former general manager Phil Gould in tears at the club's presentation evening last season after salary cap issues forced him out and a move to Belmore secured his long-term future.

But Watene-Zelezniak's departure was far more complex earlier this year when he fell out of favour with coach Ivan Cleary after a long association with the Panthers mentor.

"The exits probably didn't go as smoothly as we both would've liked," Harawira-Naera told NRL.com.

"It caught me off guard but I felt like I would be missed. I still miss the joint and the boys but they're playing well and I'm trying to play some consistent footy.

"Dallin's probably looking forward to it more than I am because it's so recent and how he left as well.

"I don't think either of us would've predicted we would be at a different club this time last year but I also don't want to be silly and make it all about us.

"I hope he doesn't play like he has a point to prove. If he plays his natural game he plays well but one thing I've learnt with Dal he is a bit fiery for a guy who is always at church.

Why the Men of League Foundation matters

"You'd think he would be nice and humble on the field but once he crosses that line a different side comes out in him and I think it will on Saturday night.

Harawira-Naera paid special tribute to former housemate Fisher-Harris, who is enjoying a breakout year at the Panthers in 2019.

Fisher-Harris has moved into the front row in recent weeks and is producing 80-minute performances Harawira-Naera knew he always had in him.

"Growing up in the under 20s we were always onto him about one day having the number eight or 10 on his back and he would brush it off and wouldn't accept it," Harawira-Naera said.

"I think he honestly knew it was going to happen. He plays some massive minutes now and the way he trains I'm not surprised how well he's taken his game to the next level.

"I'm happy for the hard work and his sacrifices with how far he's come. You wouldn't see Fish offloading the ball last year like he is this year with all the confidence he's got." 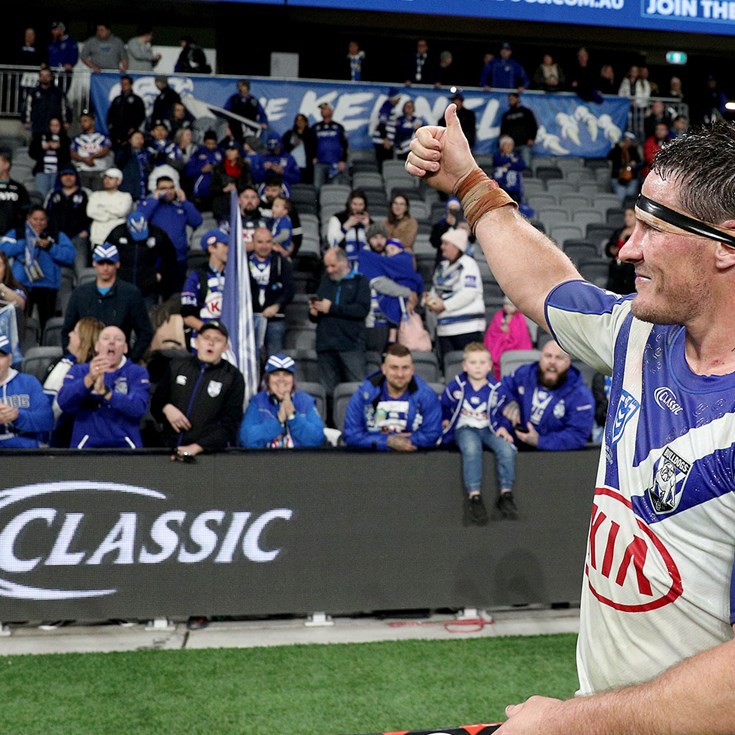 How CHN left Gus in tears and Cleary wanting more