The Canterbury-Bankstown Bulldogs go down to the Sydney Roosters 20-12 at ANZ Stadium, but show plenty of fight in the second half thanks to a double from Reimis Smith.

The Roosters looked threatening early and created a few chances before a ninth minute try to James Tedesco gave the visitors an early lead in the opening 20 minutes.

A penalty goal in the 23rd minute from Latrell Mitchell and a Joey Manu try in the 27th minute extended the Chooks lead, but the Bulldogs defence stood tall to hold the visitors to a 14-0 lead at the break.

Canterbury earned a few repeat sets at the Roosters line in the early stages of the second half before Reimis Smith found his way around the Tricolours' left edge in the 56th minute to grab his ninth try of the season.

The Roosters hit back when James Tedesco threw the final pass for Brett Morris to score and Mitchell added another two points.

Smith bagged his second try for the day and his tenth of the season with five minutes to go and when Nick Meaney converted from the sideline, the Roosters lead was cut to eight.

The Bulldogs threatened the Roosters line in the closing stages of the game, but the 2018 premiers defence held strong to claim an eight-point win over the Dogs. 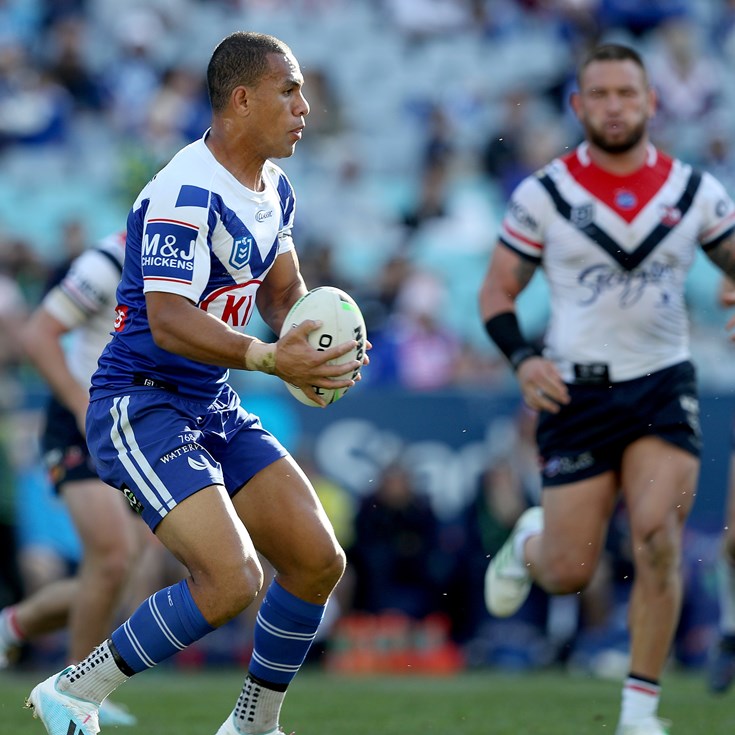