The run-on 17 will be confirmed one hour before kick-off tomorrow.

COREY Oates will fly back on to the wing for the NRMA Insurance Broncos when they take on the Bulldogs in Brisbane on Thursday night.

Oates missed last week’s draw with the New Zealand Warriors because of niggling injuries suffered in the final State of Origin game.

But he returns for the important clash at Suncorp Stadium at the expense of teenager Xavier Coates.

Coates has done a stellar job in the first two games of his NRL career, but now looks set for a well-earned rest with the return of Oates.

Rookie Herbie Farnworth however stays in the team and will play in the centres after running for an amazing 143 metres off 19 hit-ups in just his second NRL match last week.

Gillett’s absence means Alex Glenn and Tevita Pangai junior pair up in the second row, as they did against the Warriors.

Gillett trained sparingly with the Broncos today but was left out of this week’s game as a precaution after injuring his groin two weeks ago in Origin camp.

Jamayne Isaako keeps his position on the other wing, while Jake Turpin and captain Darius Boyd again team up in the halves.

The Broncos’ pack and interchange bench are unchanged from the outfit that played against the Warriors.

Rhys Kennedy and Keenan Palasia are on the extended bench as back-up for the forwards, while Coates and Izaia Perese will cover the backs.

Great tickets for what will be hooker Andrew McCullough’s 250th NRL game are still available here.

Watch every game of the NRL on Kayo including all Broncos games. Get your 14 day free trial now! 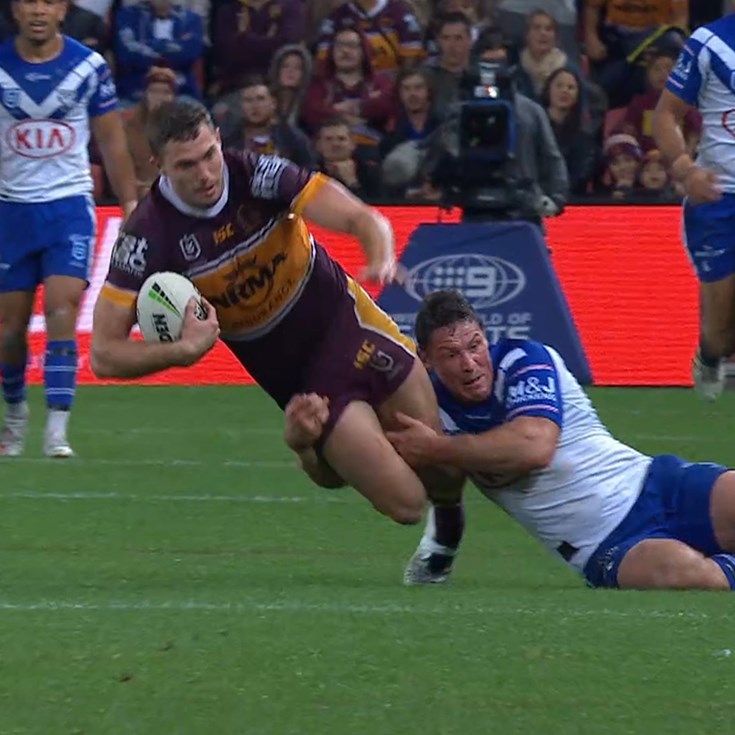 Josh Jackson summed up in one play