It's a big week for Newcastle, with four of the club's players involved in the Origin series decider.

Coach Nathan Brown will be hoping all four get through the game unscathed and will finalise his 17-man team an hour prior to kick-off.

Newcastle have won seven of their past nine games and can't afford to drop their guard against a team they're expected to beat.

The Bulldogs were always a longshot to make the finals when the season kicked off but Dean Pay would've expected to have more than four wins after 16 rounds.

Knights: Nathan Brown included his Origin forwards on an extended reserves list on Tuesday and he brought Daniel Saifiti and Tim Glasby into the starting 17 an hour before game time. James Gavet and Josh King dropped back to the bench. The club's other Origin reps David Klemmer and Mitchell Pearce are also backing up. Lachlan Fitzgibbon is out with an elbow injury and been replaced by Sione Mata'utia, with Kurt Mann moving to centre.

Bulldogs: Kieran Foran's hamstring injury paves the way for Brandon Wakeham to move into the starting side in just his second NRL game. Renouf Toomaga comes onto the bench for his first game of 2019 and Jeremy Marshall-King also grabs a spot on the bench in his return from a knee injury. Fa'amanu Brown and Danny Fualalo were omitted 24 hours before kick-off and Ofahiki Ogden and Kerrod Holland made way an hour before the match.

For the Knights to win

The have to be ready to weather the Dogs' early onslaught and avoid straying from the game plan. The Knights need to make sure they are switched on defensively and look for attacking space on the edges through their backrowers and centres.

It's been a tough campaign for the Doggies without much reward. But every now and then they turn up and cause an upset like they did in round 15 against the Sharks and there's no reason why they can't play with the same purpose and attention to detail against the Knights. They need a strong effort from the forwards.

Newcastle again showed that they are playing a tough brand of football, they just lacked the quality talent needed to get the win in the end. If the Blues win Origin, Mitchell Pearce will jump out of that with his confidence sky-high. Canterbury played reasonably well against the Sharks. The Knights won’t have it all their own way here. Knights by 6

Mitchell Pearce leads the NRL in line break assists with 13, with Damien Cook (12) second and Clint Gutherson (11) third. The Bulldogs boast an average 80% completion rate - equal first with the Storm. The Knights have conceded the most penalties (124) in the competition.

Lachlan Fitzgibbon appeared to suffer a serious arm injury in the early minutes of Newcastle's clash with the Warriors last week. He managed to finish the game but will be monitored during the week and is no certainty to take on the Dogs. The Knights hope to have Kalyn Ponga back for their round 18 road clash with the Roosters, while Mitch Barnett (suspension) is also due back in round 18. 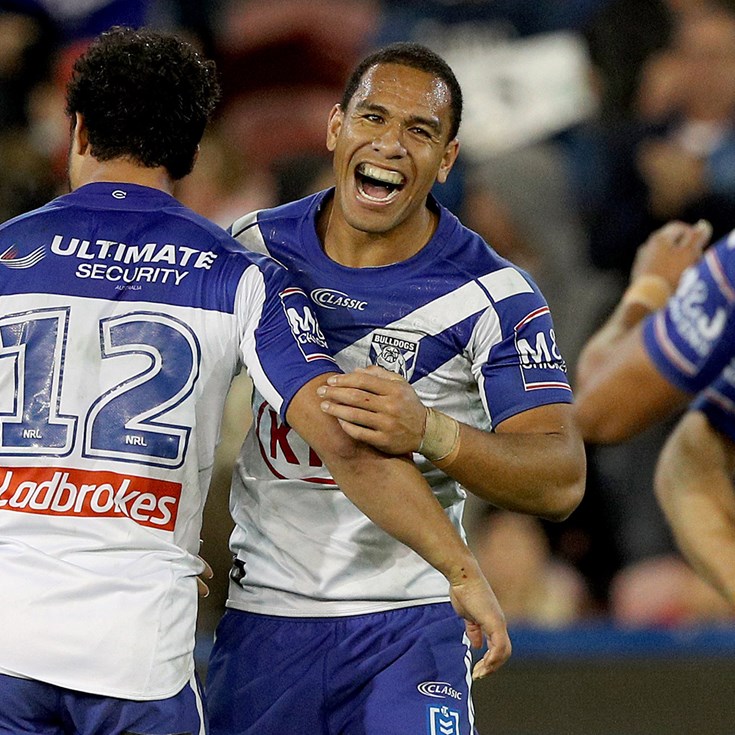