The return - and return to form - of Wade Graham may be just the thing to push the Sharks from being a finals-bound side into a premiership contender.

In his first two club matches back from an ACL injury and then his superb showing for NSW at Optus Stadium on Sunday night, Graham has reminded everyone that he is one of the best back-rowers in the game.

Once he is back to being an 80-minute player and Andrew Fifita returns from suspension, the Sharks look ready to secure a top-four spot and make a run at another title.

As for the Bulldogs, avoiding the wooden spoon has to be their goal from here. With matches against the Knights, Broncos and Roosters following Sunday's meeting with Cronulla, things aren't looking great.

Bulldogs: Dean Pay has brought in Brandon Wakeham and Adam Elliott onto the interchange with Rhyse Martin and Danny Fualalo omitted an hour before kick-off. His only move on Saturday was to trim Renouf Toomaga and Raymond Faitala-Mariner from the reserves. Jack Cogger suffered a head knock in round 13 and sat out the Roosters game as a precaution but he is back in the No.7 to partner Kieran Foran in the halves. Michael Lichaa comes in at hooker for Jeremy Marshall-King while Chris Smith is the new starting lock.

Sharks: Cronulla have switched Jack Williams into the starting side with Braden Hamlin-Uele back to the interchange following regular prop Andrew Fifita's suspension. Aaron Woods was listed among the reserves but will make his return from a foot injury. Aaron Gray and Scott Sorensen were dropped from the reserves on Saturday. Kyle Flanagan and Blayke Brailey have missed the final cut.

Shaun Johnson and Kieran Foran might be in the final stages of their careers, but both men still have the ability to decide matches. Johnson was imperious during New Zealand's big win over Tonga last weekend while Foran is a rare shining light for the Bulldogs. The Kiwi compatriots might just produce something special on Sunday.

Canterbury's best chance right now is to play for field position and then hope their opposition make errors deep inside their own half. If the Sharks have an off day the Bulldogs can spring an upset. If they can remain in the contest until the mid-point of the second half, a bit of panic might creep into the Cronulla side.

For the Sharks to win

Get off to a fast start and make the Bulldogs start thinking about how bad things are going. The stats suggest that if you get to 20 points you'll beat the Bulldogs. The Sharks have that in them - and then some.

The return of Wade Graham has been wonderful for the Sharks. He was great in Origin and if he can bring that form back to club football I don't think a Canterbury side that is 16th on the ladder can match them. I'd expect Cronulla to jump out of the blocks. If they do that they can put a score on the Bulldogs. Sharks by 10

After a series of impressive performances in limited minutes, Braden Hamlin-Uele's time to shine has arrived. Fifita's absence is likely to lead to increased minutes. There's been little in the nine matches he's played this year to suggest he won't rise to the occasion. 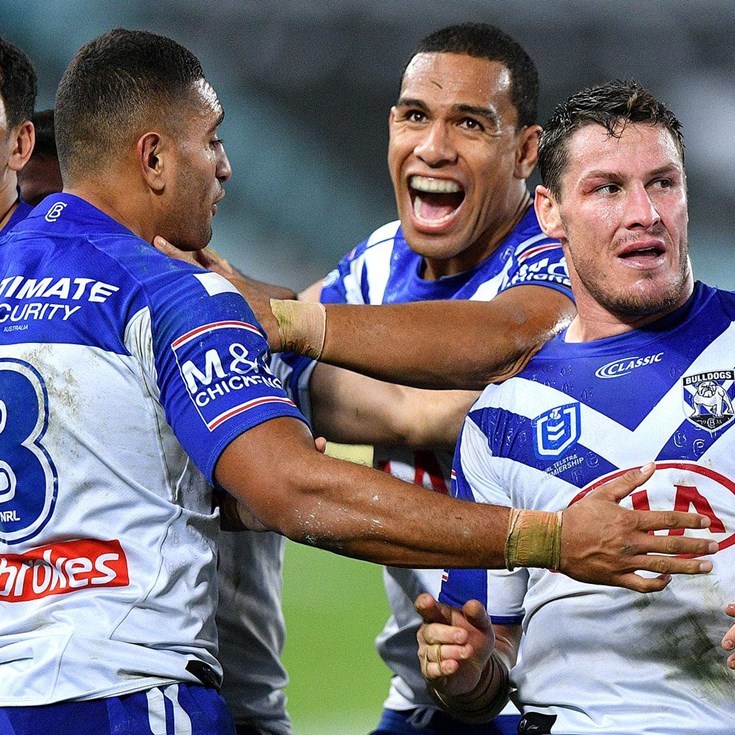