They still have 13 matches to play in 2019, but there is sure to be a genuine sense of urgency for the Dragons heading into Monday's match against the Bulldogs.

They're only two points outside the top eight, but momentum isn't with the men in the Red V at the moment.

They lost their last five matches and slipped to 13th on the ladder.

As for the Bulldogs, their struggles started in round one and haven't let up.

Their only three wins have come against sides also outside the top eight in Wests Tigers, North Queensland and Gold Coast.

On the upside, the Dragons have injuries galore and the Dogs will be treating this one as a winnable contest.

As will be the case with many matches this weekend, the availability of Origin players will have a big say in the outcome of this contest.

Bulldogs: Origin prop Dylan Napa is good to go and he'll start the match in No.23 with Ofahiki Ogden going back to the bench and Chris Smith dropping out. Corey Harawira-Naera and Lachlan Lewis were omitted from the reserves on Sunday and Michael Lichaa dropped out an hour before kick-off.

Dragons: Ben Hunt (No.20), Tyson Frizell (No.21) and Paul Vaughan (No.22) got through Origin I unscathed and will play. They will start in the run-on side, meaning Jai Field drops from halfback to the interchange, Korbin Sims switches from prop to the bench and Jacob Host starts at lock. Lachlan Timm, Josh Kerr and reserve prop Mitchell Allgood were omitted on Sunday and Luciano Leilua and Jordan Pereira were omitted an hour before kick-off.

Corey Norman v Kieran Foran. Back on deck for his first game since round eight,  Norman will give the Dragons more to offer in attack. If the Dragons forwards can win the battle in the middle, Norman will have time to work some magic. Foran, on the other hand, needs to kick-start Canterbury's attack.

The Bulldogs need to find a way to start scoring more points. They're averaging fewer than 13 a game so far this year. High completion rates are one thing, being a consistent threat with ball in hand is something else.

For the Dragons to win

Injuries to key forwards haven't helped, but the Dragons are sitting in 16th spot when it comes to metres gained. As a comparison, the Rabbitohs average an extra 170m per game in ground made with ball in hand.

It’s tough to get a form gauge on the Dragons – five losses in a row and now they also have players backing up from Origin. Ben Hunt is going to be exhausted after playing dummy half in Origin. With Kieran Foran back playing some decent football and asking questions the Dogs might be able to get the job done. They only problem for them might be getting to 16-18 points which will probably be enough. Bulldogs by 2

Line breaks haven't been a forte of either side so far this year. According to NRL.com Stats, the Dragons have made 35 in 11 matches, while the Bulldogs have made 36 in 12.

Canterbury aren't short of willing workers in their forward pack. They have three players - Aiden Tolman (seventh), Jeremy Marshall-King (ninth) and Josh Jackson (10th) all inside the top 10 for tackles made. Cameron McInnes (second) and the injured James Graham (19th) are the only Dragons in the top 20. 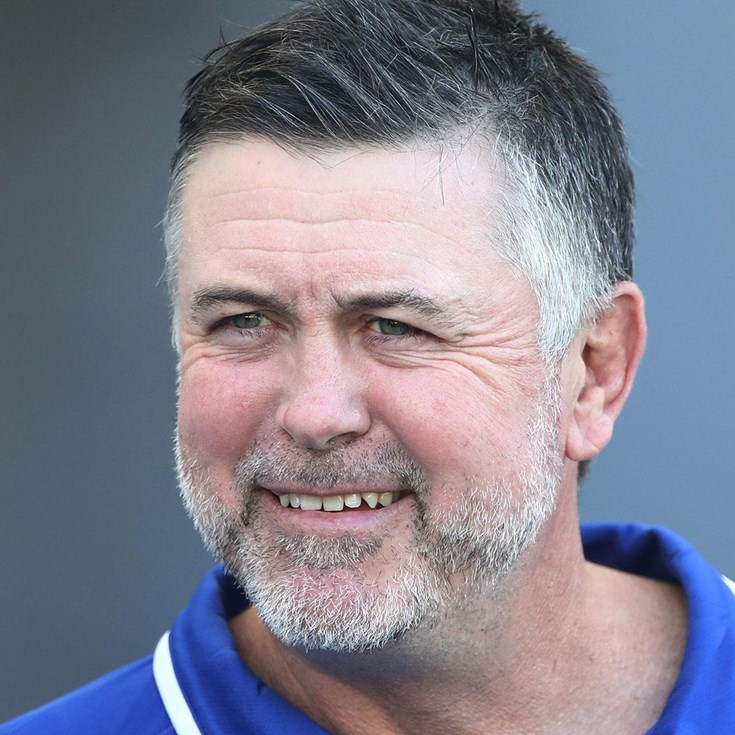