Another win to put the smallest of spaces between themselves and the bottom of the competition. That's what is on the line for these two this week.

Gold Coast and Canterbury haven't had the best start to 2019 and as the rounds tick on it becomes about notching the wins wherever possible to gradually move out of the wooden spoon danger zone.

The Titans were right in it against Cronulla last weekend with scores locked towards the end of the game, but they were unable to close it out with a penalty handing the Sharks the lead and a late Paul Gallen try sealing the victory.

The Bulldogs will be hopeful they can finally reap dividends from their spirited performances. They pushed Melbourne and South Sydney, kept Manly within reach and looked like possibles against Newcastle last week. It's matches like these this week, against fellow lower ranked sides, where they must deliver.

Titans: A few late changes, with Jesse Arthars promoted to the starting lineup at the expense of Tyrone Peachey, while Jack Stockwell will start at prop for Moeaki Fotuaika. Jai Whitbread was moved up to the bench on Friday after Shannon Boyd (concussion) withdrew. Boyd left the field for an HIA against the Sharks last week and did not return. Will Matthews and Ryley Jacks were game-day omissions, while Brenko Lee was trimmed from the reserves on Friday.

Bulldogs: One minor alteration for the Dogs, with Chris Smith starting at lock and Danny Fualalo dropping to the bench. That's the only change to the side announced on Tuesday, which looks a lot different to the team that lost to Newcastle last week. Kieran Foran moved from halfback to five-eighth in a straight swap with Jack Cogger. In the forwards, Corey Harawira-Naera returns after missing Magic Round due to personal reasons. Rhyse Martin gets a spot on the bench after he was dropped last week. Kerrod Holland and Fa'amanu Brown were the last players cut before kick-off, while Lachlan Lewis was trimmed from the reserves with Renouf Toomaga on Friday.

Two players with a point to prove to Queensland coach Kevin Walters, Jarrod Wallace and Dylan Napa, will both be out for big games. Wallace spent time out with suspension, Napa with injury, now they have to put everything out there to be noticed. Wallace made 137 metres from 13 carries in the Titans' loss to the Sharks while Napa made his presence felt with a massive 185 metres.

For the Titans to win

Possession and discipline. You can't win football games without the ball and you can't keep giving it away. They gave away nine penalties against the Sharks and had just 39 per cent of the possession. When a season isn't going your way, playing it safe is the best way to go.

Kieran Foran was a welcome return to Canterbury's halves last week. His experience and eye for opportunity allows the Bulldogs to apply pressure and be in contests. He's in his best form of the past few seasons so if the Dogs can start capitalising on what he creates, they can take the two points.

The Bulldogs are a rebuilding team and with Kieran Foran back, it's time for him to take ownership of this side. They need to be patient with this roster – these kids have to get 30-40 games under their belt and you can't really expect too much of them at the moment. The Titans have been one of the most disappointing sides of 2019. Last week they led at half-time and walked off like they were losing, then in the second half were blown away 16-0. Ash Taylor at some stage has got to take control of the game, he's been around long enough and pressure is starting to mount on him – he's got to show us how good he is. Bulldogs by 2.

It has the potential to be a points-fest with the Titans and Bulldogs among the worst in the competition for missed tackles. Canterbury sit third behind Penrith and Parramatta with 319, while Gold Coast follow on 307. No surprises why they sit where they do on the ladder.

Recent history has had one club take a run of wins before switching over. Gold Coast won four in a row between 2012 and 2015, then Canterbury won the next three. The Titans took home the win last season with a 32-10 victory. Could it be the start of another run? 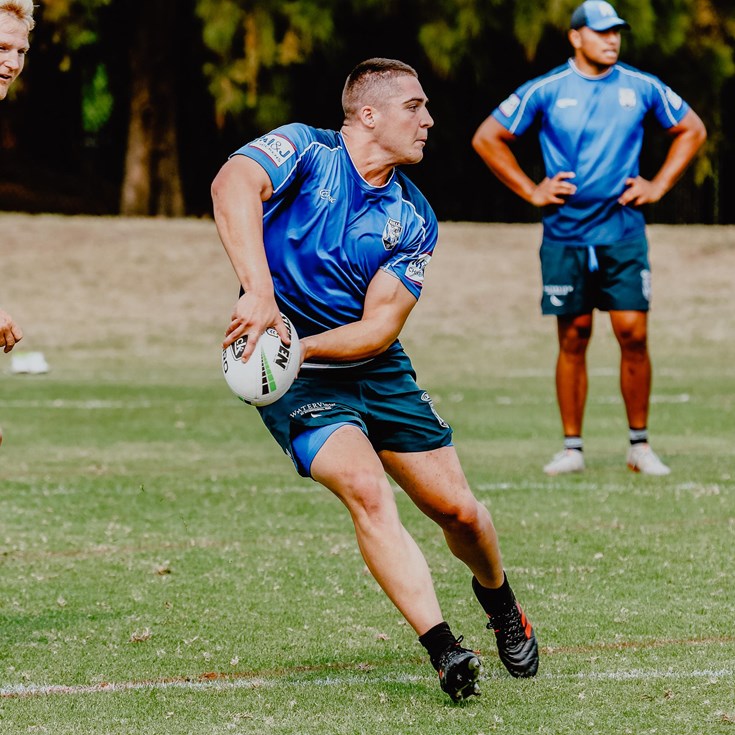