When time for the first premiership match arrived, Canterbury players felt they were ready... not brimming with confidence, but with a proud feeling that they were the pioneers and they were making Rugby League history.

Some saw irony in that Canterbury played its first premiership match on Anzac Day. The battle had begun.

Their jumpers were blue and white bars, one thick bar ringed each side by a thin blue one, and in contrast to North Sydney's black and red.

The match was played in glorious sunshine, the perfect April day, said reports of the match. Although Canterbury started promisingly, the match ended in defeat. Below is the story of the match as reported in the Sydney Morning Herald, Monday, April 27. The heading, simply:

Playing its initial competition match, Canterbury-Bankstown did well to hold the home team in the first half, but faded in the final stages when lack of experience told, and North Sydney led at half-time by ten points to five, after Canterbury-Bankstown had had the better of matters territorially, the new club failing to take advantage of former Western Suburbs 'hooker', Lindfield's supremecy in the scrums. With more success in the scrum exchanges during the second half North Sydney's superiority was marked.

North Sydney played splendidly at times, a feature being the penetrating runs of centre three-quarter Deitz. He was well supported by Abel who proved himself the best of the new recruits, and the pair should develop into a useful combination. Deitz and Abel each scored a try in the second half, and the latter gave the large attendance the biggest thrill of the day by drop kicking a goal from a penalty near halfway. Others to do well for Norths were the halves Thompson and Harrison, who showed dash behind the scrums. The home forwards had the biggest test for they were opposed to a pack which included seasoned players in McConnell, Lindfield, Sponberg, and Hartwell, and they gave a good account of themselves, holding the visitors.

Ferrier showed himself an opportunist by being on the spot to score both of North Sydney's tries in the first half. They were converted by Thompson who also kicked the goal following Deitz's try in the second half.

Canterbury-Bankstown's only try was scored by Hartwell. It followed a fine dash by Brown, which was one of the best efforts by the new combination. Carey at halfback tried to set his backs moving, but without much success. The captain, Morrison, in the centre, was most prominent in defence.

Hartwell, Canterbury's first tryscorer in first grade, was a prop forward. The first goal was kicked by Carey, who had been a Canterbury Junior before playing with St George. The match gave Canterbury early justification for being in the premiership. They had worried Norths early, and a 20-5 defeat was not seen as a sign of doom. Nor did it give the detractors at the time any reason for increasing their campaign to keep the club out. 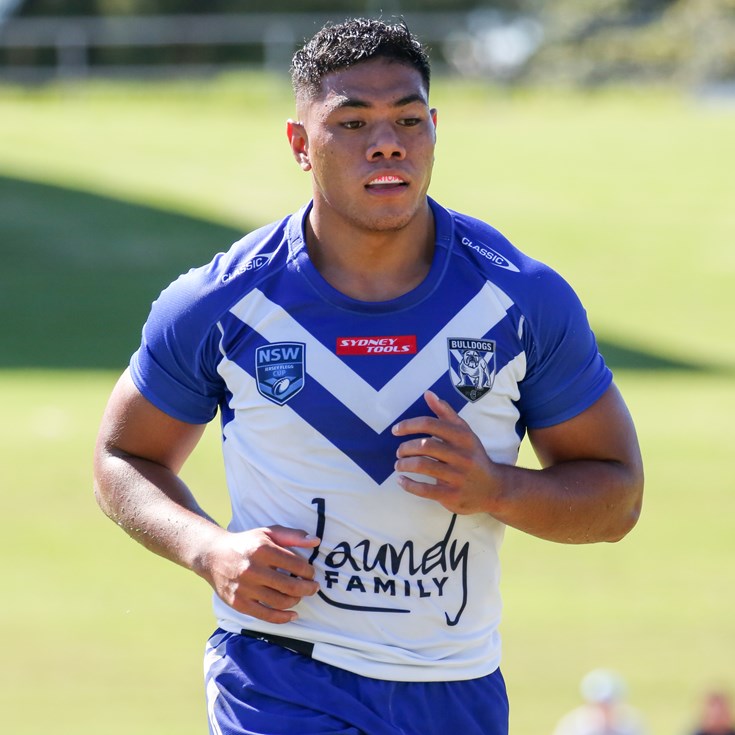