Canterbury players and coach Dean Pay admit his 12-month contract extension has created stability within the team and eased tensions about the coaching position.

Pay and the Bulldogs celebrated the decision to re-sign the coach until the end of the 2020 season with their first win on the year against Wests Tigers at Campbelltown Sports Stadium.

It was a gamble which could have backfired if the Bulldogs had suffered another heavy defeat but the enthusiasm the new faces provided and the willingness of the players to stick to Pay’s game plan laid the foundation for their 22-8 defeat of the round two competition leaders.

"Today worked out for us, we will move on to next week and see how we go from there," Pay said.

"I thought Jayden was great for his first game in the NRL, he carried the ball super for us. He is a little bit like [fellow winger] Reimis Smith when I first brought him in – he played better in first grade than he had in second grade.

"I thought Nick was great at the back too. Under pressure he caught a couple of kicks and he showed a fair bit of ticker."

Bulldogs officials showed their faith in Pay by announcing his re-signing on Friday and he said the decision had eased the pressure that had been building after the back-to-back losses to the Warriors and Eels.

Five-eighth Kieran Foran, who refused to leave the field with an ankle injury suffered in the first half, said the players had welcomed Pay’s contract extension.

"It’s huge. It releases a lot of pressure here and a lot of tension among the footy club so we can focus on playing footy," Foran said. "It’s always good when the outside noise isn’t there and you can just focus on your job."

After losing 40-6 against the Warriors and 36-16 to Parramatta, Foran said Canterbury had focused heavily on their defence and they did not concede a try until midway through the second half against the Tigers.

"The two guys who made their debuts, I thought they were great and the other guys who came off the bench, I thought they offered plenty of speed through the middle so it was good," he said.

"We knew the young guys would bring enthusiasm, that they would be excited and we had to feed off that." 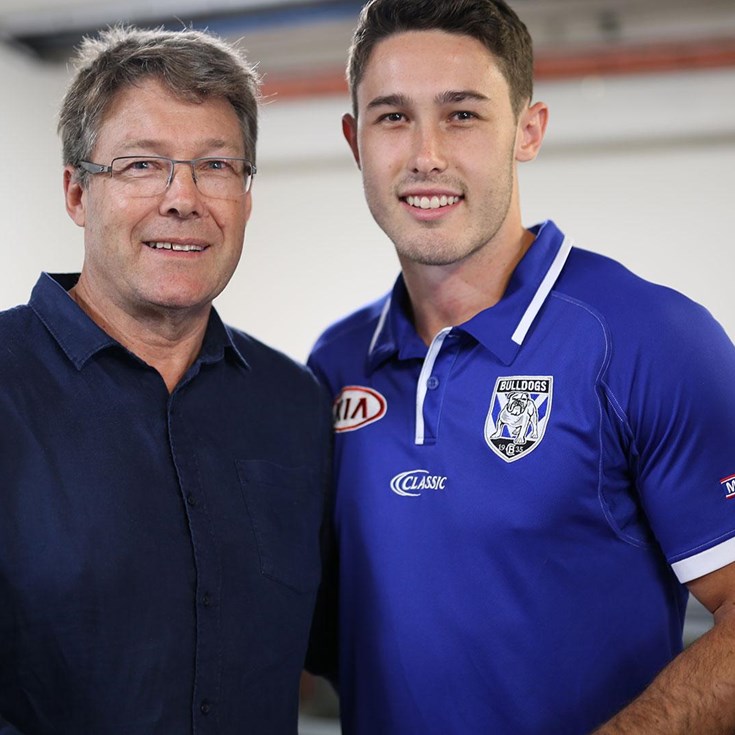 Meaney to bring energy and speed

Donna Okunbor proud of her son