Canterbury-Bankstown Bulldogs captain Josh Jackson and senior player Aiden Tolman both agree the opening two performances of the 2019 season don’t reflect the hard work the playing group and staff have put in over the summer.

After a long and intense pre-season, the Bulldogs have started the year with two defeats, but despite the losses, Jackson remains upbeat and positive.

“The performances that we have put in, certainly don’t reflect the hard work we have put in as players and the staff members. We’re disappointed for the fans. Defence is something that we are going to work hard on over the next couple of weeks, because 76 points in two games certainly isn’t good enough,“ added Jackson.

“We’re still really positive about the season ahead. There were some really good signs on the weekend and we just need to pull positives from the game. You need to keep positive at training. Keep the energy up and I guess the more time we spend together the better it will be for the team. We do have a lot to fix up, but it’s not unfixable.”

Heading into his ninth season with the club, prop forward Tolman who prides himself on hard work, knows it’s the only way for the playing group to get themselves out of the current situation.

“We know it’s not good enough here. For our fans, for ourselves, for our club and it’s not where we need to be in this competition and we’re going to work really hard to get ourselves out of it,” he added.

“We have a good group of boys here who are willing to work hard for each other and that’s the type of people we need. We’re a tough club, we’re a resilient club and we know we will get out of this, but it’s going to take some hard work to do it.”

Tolman: We know we will get out of this

The Bulldogs head to Campbelltown Stadium on Sunday March 31 to face the Wests Tigers who head into the round three fixture off the back of two victories over the Manly Sea Eagles and New Zealand Warriors.

Despite the start to the season, Canterbury head into this weekend’s match having won seven of the past 10 clashes between the two sides and the last meeting at the venue was in round 16, 2011 with the Bulldogs claiming a 16-6 victory. 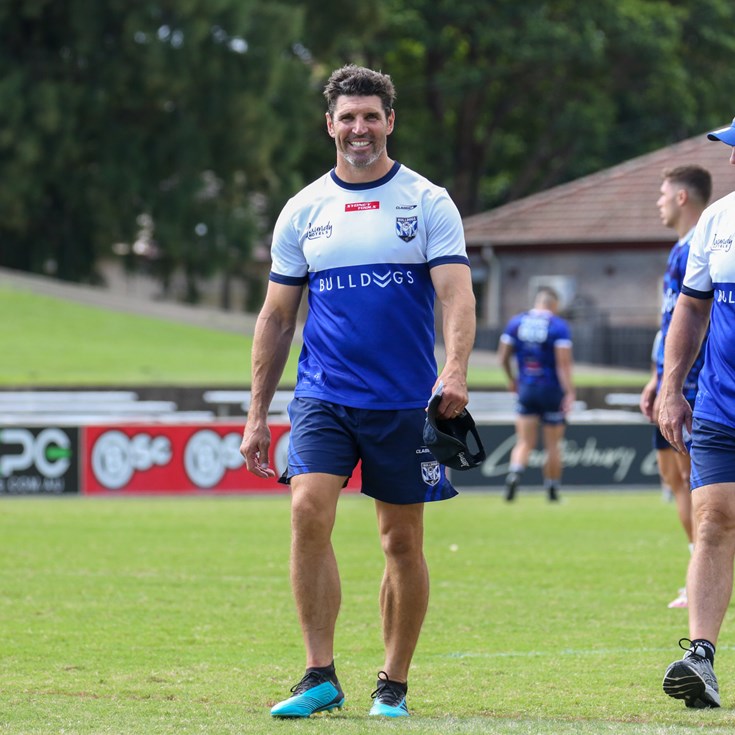 Consistency the key to Tolman's game

Tolman: We know we will get out of this