Bulldogs recruit Corey Harawira-Naera says he couldn't be happier his new club is the bookmakers' favourite to nab the wooden spoon.

The ex-Panthers second-rower, who has taken new coach Dean Pay aside to ask for a chance in the middle of the field if it gets him more minutes, is no stranger to low expectations.

Growing up in Northland – the northernmost region of New Zealand's North Island, where rugby league is close to an afterthought – taught Harawira-Naera to enjoy the freedom of playing as an underdog.

"I love it hey," Harawira-Naera says with a smile when thoughts turn to the pessimism many have of the Bulldogs chances.

"I love being the underdogs. I grew up in Northland where rugby league wasn't that strong.

"We used to get pumped every week so I was used to the no expectations. You could just go out there and play your footy and not care what everyone thinks.

"I think we're all low-key thriving on the low expectations. I know we can upset some teams this year. A lot of it's going to come down to our attitude and the weekly grind and getting up for big games and looking after the bodies. I love when people write us off."

Harawira-Naera has earned a bench spot in a stacked Canterbury back-row rotation ahead of 2018 breakout star Rhyse Martin, in part due to his versatility.

I know we can upset some teams this year ... I love when people write us off

He is prepared to do whatever he can – including roll his sleeves up and do the tough stuff in the middle – if it gets him any extra time on the field.

"I've had a talk to Deano [Pay], he said he was going to bring me off the bench. I told him if he did want to use me in the middle to give me a few more minutes [I'd do that]," he said.

"Obviously our back row, Jacko and Ray [Josh Jackson and Raymond Faitala-Mariner] are probably going to play the whole 80 so I might have to sit there the whole game.

"I did let him know if he wanted to chuck me in the middle just to help out and give some of the boys a spell if they need it, I'll jump in there to get a few more minutes."

Harawira-Naera has played the bulk of his 46 NRL games in the second row, with just over a dozen off the bench and a handful at centre but has never started as a middle forward.

"It's a bit faster with a bit more contact so I think it will be good for me," he continued.

"Over at Penrith I was filling in there at training because we always had Yeoey and Kiks [Isaah Yeo and Viliame Kikau] out there so I'd jump in the middle and give Fish [James Fisher-Harris] a little rest around training.

"Even here, Adzy [lock Adam Elliott], I've been giving him a tap on the shoulder if he ever needs to have a rest for a few sets at training."

Reflecting on his move across from Penrith on a four-year deal, Harawira-Naera said he had been reluctant to leave his mates but the security of the deal and wealth of young forwards coming through at Penrith had been huge factors.

"It was a few things. Over at Penrith, it was hard to leave. It was a good deal compared to what I was on out there but even when it came I had to get convinced to leave," he said.

"I didn't want to leave, lots of my close mates are out there but in saying that I knew with the amount of players coming through the club that something would have to give or even a few players would have to leave.

"You don't want it to get ugly like it has been in the past with players leaving clubs so to leave on my own terms I was happy with but I do wish them the best this year, I think they'll go really well."

Casting his mind ahead to a round one trip to Auckland, Harawira-Naera said he was relishing the chance to head home, visit some family and play against his home-town club.

"It's one team I enjoy beating if we get the chance to," he laughed. 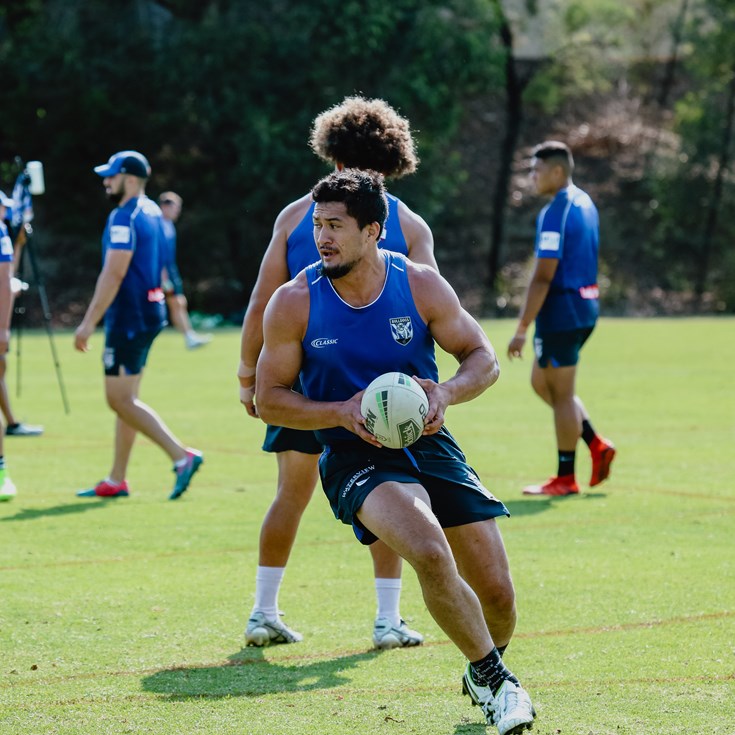 #PupCorner: Klemmer used to be my favourite player.