Adam Keighran has been named to make his NRL debut in the No 6 jersey alongside halfback Blake Green in the Vodafone Warriors’ NRL season-opener against his former Canterbury-Bankstown club at Mount Smart Stadium on Saturday (5.00pm kick-off).

The 21-year-old started at standoff in each of the club’s NRL trial wins over Melbourne and the Wests Tigers.

Head coach Stephen Kearney has given him the chance against a club he played for in the former Intrust Super Premiership (now the Canterbury Cup NSW) in 2017 before switching to Penrith last year.

While Keighran will be the only player on first-grade debut for the Vodafone Warriors on Saturday, another former Bulldog Lachlan Burr (26) will start at loose forward in his first outing for the club and his first NRL appearance in three years after last playing for Gold Coast in 2016. Keighran becomes Vodafone Warrior #231 and Burr #232, Burr coming into the side for Isaiah Papali’i. who has been stood down for a week for a breach of club standards.

The other feature is the naming of Kiwi prop Leeson Ah Mau on the interchange for his first match for the Vodafone Warriors in 10 years.

After two games in 2009, he went on to play 177 games for North Queensland and St George Illawarra before being lured home to rejoin his original club.

Ah Mau was a stellar performer for the Dragons last year while Keighran and Burr both excelled in the ISP. Keighran was named in the centres in the ISP team of the year with Burr recognised as the Bulldogs’ ISP player of the year.

Also returning to the NRL is hooker Nathaniel Roache, who will make his first appearance since 2017. Veteran Issac Luke, who has been recovering from shoulder surgery, hasn’t been included.

With Dally M interchange player of the year Jazz Tevaga confirmed in his familiar #14 jersey, Ah Mau and Sam Lisone are named as the bench props with Bunty Afoa handed a starting spot. In jersey #17 is Blake Ayshford, covering the outside backs and the back row. Also on the extended eight-man bench is Chanael Harris-Tavita, who was competing for the standoff position. 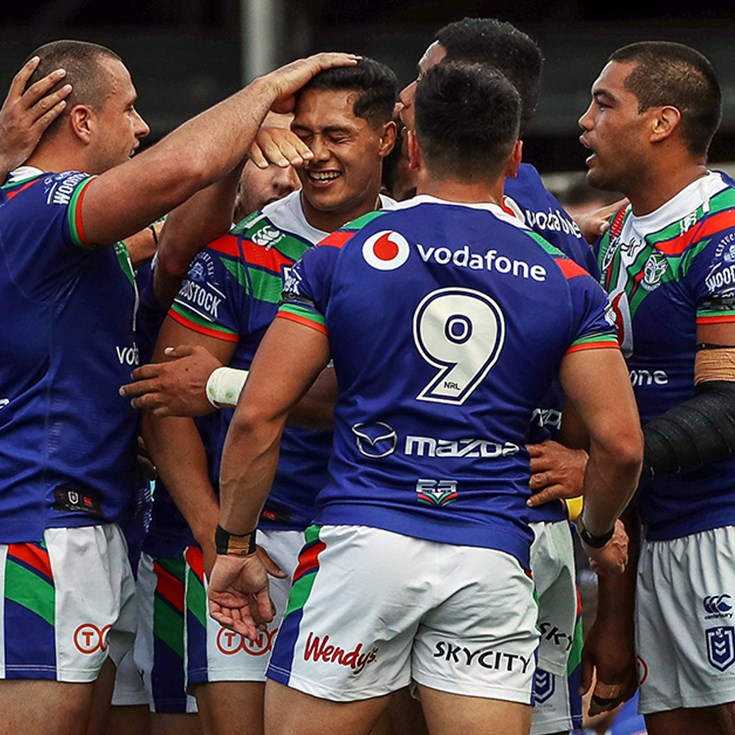