It was a night where speed won over size; finesse over brute force.

The Indigenous All Stars played to their strengths and overcame the New Zealand Maori side 34-14 in the revamped version of the All Stars concept in Melbourne on Friday night.

Rugby league was back.

And after a one-year lay-off, the All Stars match was revived to mark the official start of the season in front of 18,802 at AAMI Park.

Unsurprisingly it was the usual suspects doing plenty of the damage.

Josh Addo-Carr and Latrell Mitchell picked up where they left off last season, but some of the stars of the future, like Brisbane's David Fifita and Melbourne's Jahrome Hughes, announced themselves on the big stage.

Indigenous coach Laurie Daley knew his side didn’t stand a chance of matching it with the New Zealand Maori side if it became a contest through the middle of the field.

It's why almost all of their tries were scored in the corners, getting the better of the Maori side through the speed of the likes of Jesse Ramien, James Roberts and Addo-Carr.

It was a celebration of two proud cultures. A contest built on respect rather than rivalry, but emotional nonetheless.

The pre-game war cry and haka from respective teams was worth the price of admission alone, as both teams finished staring each other down on the half-way line.

It was only fitting that first points of the match went to the most talked about man of the week, with New Zealand Maori winger Dane Gagai crossing out wide against the team he once represented.

In a rapid-fire opening to the match, the Indigenous team hit back when Josh Addo-Carr latched on to a bouncing pass from Tyrone Roberts to score out wide.

'The Fox', in front of his home fans in Melbourne, bagged number two soon after, as Latrell Mitchell dragged in two defenders and put it on a platter for his winger to give the Indigenous All Stars a 10-6 lead.

But Gagai wasn't about to let his opposite number continue his dominance, notching try number two soon after to level the scores.

Jesse Ramien showed why he could be one of the buys of the season for Newcastle when he took advantage of an Andrew Fifita offload, placing a well-timed kick into the corner for Bevan French to dive over.

On the stroke of half-time the Indigenous all Stars pushed out to a 20-10 advantage, but Blake Ferguson's post-try celebration – an awkwardly executed back-flip – received a bigger cheer than the try itself.

Flipping Fergo at his best

David Fifita earned a just reward for his toils, opening the account for the Indigenous side in the second half when he chased down a Cody Walker grubber for a 24-10 lead.

After a quiet first half by his high standards, Kalyn Ponga injected himself into the contest when he challenged the line and threw a perfect pass to put the rapidly improving Esan Marsters over.

With the New Zealand Maori side trailing by 10 points, Roberts burst into open space and sent his skipper Walker over to give his side a 28-14 lead with 16 minutes remaining.

The last try went to Josh Kerr, the Dragons forward who became the second player to represent the Indigenous All Stars without an NRL game, winning the race to a Tyrone Peachey grubber to ensure his side claimed the Arthur Beetson trophy. 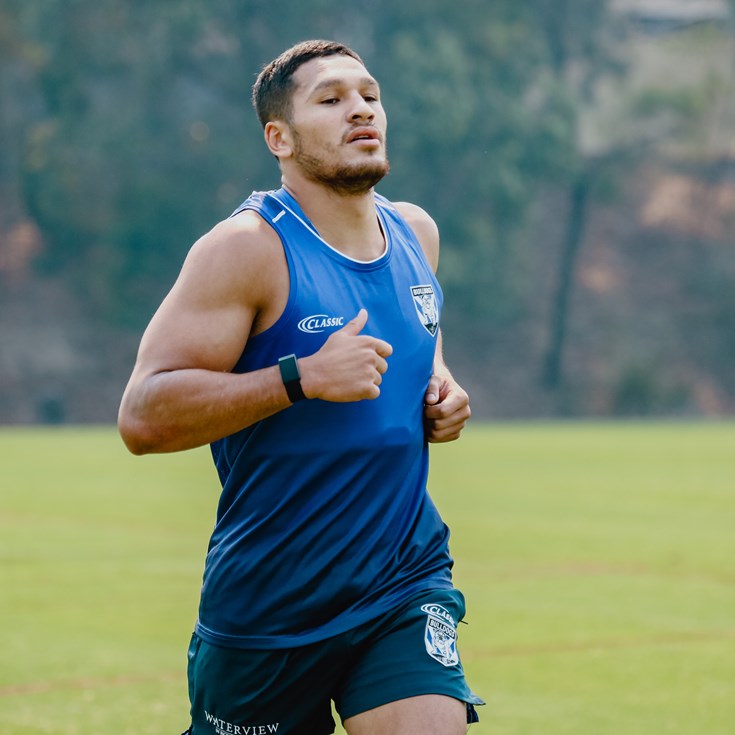 Bulldogs in line for All Stars jersey