Canterbury back-rower Rhyse Martin will make the trip home to Townsville this weekend to help with the aftermath of the devastating floods that have rocked North Queensland.

The natural disaster is officially the worst on record in the area with thousands of homes lost and two casualties.

Martin, who played two seasons for the Townsville Blackhawks in 2015, went to school at Kirwan State High School.

The Ross River, which runs through the centre of Townsville, peaked at 250% on Sunday, leaving Martin's old school and old residence facing an emergency evacuation.

"One of the suburbs I lived in before I moved to Sydney, if we were still there now that house went under," Martin told NRL.com.

"That was one of the first suburbs that got evacuated. A lot of people I went to school with and worked with have all lost their homes.

"It's sad to see – places like Rosslea, Hermit Park and Idalia – areas south of Townsville, the river goes right through there and it's all been lost."

Martin has made a public plea for people to donate items and vouchers to the region.

He and fiancée Vanessa Maiolo will return to the city on Saturday.

"We're getting a plan together, we're trying to get some stuff to take up with us," Martin said.

"Watching the area suffer on television has been devastating. The airport has been closed, the community has gone through a lot in the last week. We want to show our support."

Stories like Martin's commitment in time of need are often overshadowed by negative headlines plaguing the game.

He threw his support behind Bulldogs teammate Dylan Napa after the new recruit fronted the media earlier in the week to discuss his involvement in lewd videos of him going arrival last month.

Martin and Napa were teammates at the Roosters in the under-20s system.

"We're supporting Dylan, everyone at the club got around him," Martin said.

"The way Dylan comes across is a real honest person, he's got nothing to hide and just fits in.

"This group isn't a hard place to fit in as long as you're a genuine honest person that looks after their teammates.

"He fit in straight away, people say you earn respect through your actions and the way you play but everyone knows who Dylan is and what he's about. He's got a lot of respect in this playing group."

Martin said despite only being at the club for a month, Napa did not have to explain his actions to the playing group when the videos surfaced.

"He didn't have to talk to us about, we all understood and what it can be like being under that much spotlight," Martin said.

"I've never been through it but I can imagine that situation is pretty draining as it is and you second guess yourself a lot.

"Hopefully he can get through this period and be available for us on the paddock." 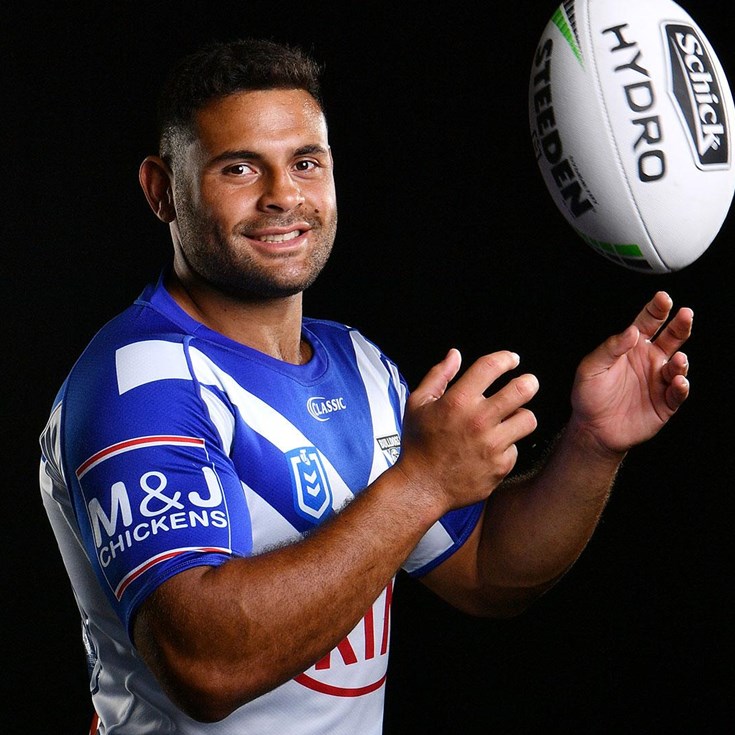 The NRL journey of Rhyse Martin