The annual City v Country clash used to mean a lot more than it did in its final years before it was taken off the rugby league calendar in 2017.

"Bushies", usually amateur or part-time players, loved the chance to serve it up to the City Slickers, even though they usually were on the wrong end of the scoreline.

This was one occasion when the Country boys were celebrating.

Titled "How We beat The City Slickers", this story first appeared in Rugby League Week on May 24, 1975, written by Country Firsts coach Arthur Summons.

I instructed my players to "make a bird" of big Artie Beetson on Saturday - and the tactics paid off.

That was no fluke when centre Mike Cronin pinched the ball from Beetson and scored our first try. We had spent a lot of time working out ways and means of keeping big Artie out of the play. Because I have the highest respect for Beetson as a player, I realised it was useless to try to hurt him. He is too big and strong to be hurt by Great Britain players, let alone players from the country.

I devised tactics so that one player would be around his legs, one around the top of him and one ready to grab the ball as he tried to unload it.

Cronin, being an experienced player, seized the opportunity and his try was the morale-booster the team needed.

From that moment there was no looking back.

I felt 100 per cent confident about our chances when I heard who had been chosen in the City side. I can thank the metropolitan selectors for assisting us in our win. They chose players who were obviously not fit to play.

Tommy Raudonikis, Paul Sait and Ray Branighan were not fit for a representative match. With those three big guns on one leg I knew we only had to worry about the other 10.

Bob McCarthy was chosen out of position, so he wasn't a worry. I knew we would win the ball with McCarthy as an open-side prop. Ron Coote plays the same type of game and I had that mapped out.

I was sure Ian Martin would blot out Tim Pickup which he did so effectively. After all, Martin always had Pickup's measure in Sydney club football.

Cronin and Peter Kennedy are two powerful defenders and I banked on them chopping up Bob Fulton and the not-so-fit Branighan. Cronin and Kennedy combined brilliantly in defence.

Our fullback, Greg Brentnall, comes from my town and I was confident he wouldn't make any mistakes. I didn't see him make one error. He ran the ball up strongly and was most reliable in defence.

On the wings we were not outdone. Terry Fahey made one mistake but his game generally should have clinched him a place in the NSW side.

We were keener and had a greater "will-to-win". I thought City may take us cheaply. They took us too cheaply.

After our win, and there will be more in the years to come, I expected a bigger representation in the NSW side.

I am disappointed John Ballesty and Ian Martin missed out.

Ballesty is my type of lock. I like a lock playing up in the front line. Martin is in the prime of his footballing life and it is a tragedy he missed out on a trip north.

The one player who should have been in the side is second-rower Stephen McDonald from the Wagga Kangaroos. He is earmarked for a big future in the game and has probably already been snapped up by a Sydney club.

I believe coaches in Sydney use the term "work-rate". Well, McDonald has a high work-rate. I don't count the number of tackles a player makes. I only count the ones he misses. McDonald didn't miss any on Saturday.

Thanks for the magnificent effort, boys. 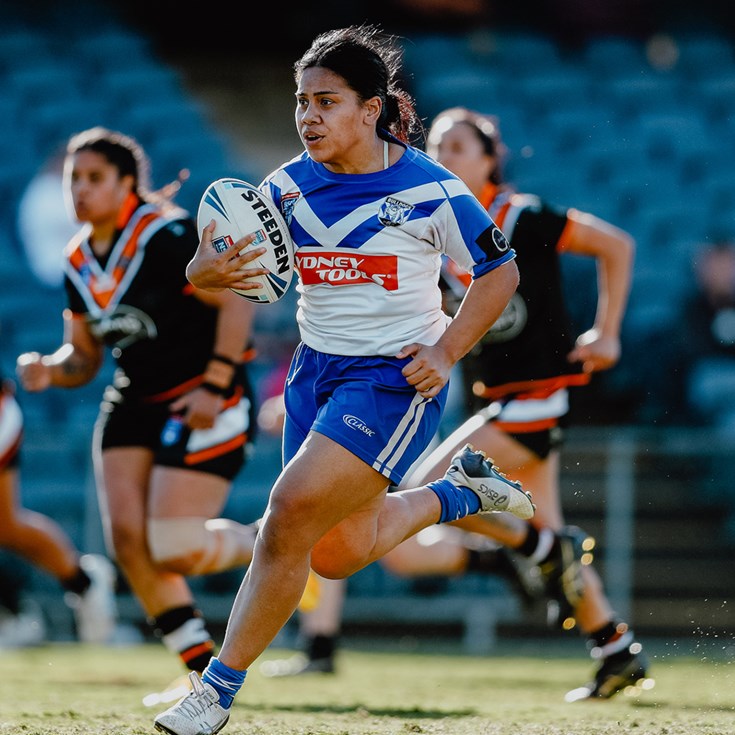