Tonga are largely intact from an impressive World Cup campaign while the first hit-out for the new-look Kangaroos ended in disappointment at the hands of New Zealand last week.

The forward battle will be one to watch while Australia looks to have an edge in the playmaking stocks.

Tedesco was brilliant through the second half of 2018 for the Roosters and NSW, though, like a few of his teammates he'll be hoping for a better outing in his second match in green and gold. At his best a tackle-busting sensation who is brilliant in defence and more than capable of setting up tries.

His opposite number Hopoate is no stranger to the Tonga jersey and was one of Canterbury's best in a sluggish season, producing a ton of metres as well as busts and offloads. His playmaking has also improved significantly in recent seasons.

Verdict: you'd pick Tedesco over Hopoate but underestimate the Bulldog at your peril.

Holmes was one of the form players of 2018 at fullback for the Sharks while Fusitu'a was among the best wingers, with Tupou not far behind. Gagai has won Origin player of the series for Queensland from the wing but had a relatively quiet season at Souths, although he was Australia's first try-scorer and top metre-getter against the Kiwis.

Fusitu'a (23) and Holmes (22) were 2018's top try-scorers while Gagai's 10 try assists and 95 busts are each the best of the four candidates on show and Tupou's 162 metres per game make him the best yardage man of the four.

Verdict: different strengths on both sides make them almost impossible to split but we'll lean towards the Tongan pair purely on their size and height advantage.

Mitchell finished the year as a grand final and Origin-winning centre and arguably the best in his position in the NRL. Trbojevic was huge on the wing for the Blues and at fullback for Manly but has relatively few starts at centre at the top level.

He made 18 tackles with none missed last week to suggest the increased defensive work won't trouble him but is still feeling his way in attack. Former Kangaroo Jennings remains a world-class centre and had a fantastic 2017 but like plenty of his Eels teammates had a tough 2018. Kata is hard to handle but can still produce worrying defensive reads.

Verdict: the form of Mitchell swings this to the Kangaroos.

Keary won't remember much about his Test debut after being concussed early against the Kiwis but as reigning Clive Churchill Medal winner there is no doubting his quality. DCE showed glimpses of his best in a largely forgettable season for Manly, including an excellent performance in helping the Maroons win a game three dead rubber.

Lolohea and Hingano each have no shortage of talent but both have struggled to command a starting spot in the NRL, with the former now headed to Leeds and the latter still serving as a backup at the Raiders. They combined for 15 NRL caps in 2018.

Verdict: looks to be the area with the biggest gulf between the two teams and a healthy advantage to Australia.

Cook was unquestionably one of the form players of 2018 and a huge reason for the Rabbitohs' resurgence. He had some good moments on debut against NZ but by his own admission, it wasn't his best game of the year. Nevertheless, he remains a supremely dangerous player in attack and a reliable defender who can readily make 50-plus tackles in a game (although he did miss eight to go with 55 made last week).

Havili won't provide the same weight of numbers but as we saw at Canberra while Josh Hodgson was out, Havili is a top-drawer No.9 in his own right who is also capable of playing lock. Havili will job share with Sione Katoa, and while Ben Hunt is available to spell Cook if required Cook could end up playing 80 again.

Verdict: advantage Australia but not necessarily by a huge margin.

Klemmer is one of the best ball-running props in the game while McLean and McGuire are both Test calibre, although arguably lacking a bit of fear factor at present – especially after McLean's injury-hampered season. No such concerns for Tonga, however: Fifita is the most damaging prop in the game on his day while Taumalolo has arguably edged ahead of Sam Burgess when it comes to locks that opponents fear. Taukeiaho's stocks rose considerably this year as he nailed a starting gig at the Roosters and played a tremendous finals campaign on his way to a maiden premiership ring.

Verdict: this isTonga's biggest area of strength and the one department in which they have a clear and decisive edge over the Kangaroos.

Kaufusi's family with a foot in both camps

Origin and premiership-winning captain Cordner pairs with Melbourne's Kaufusi for Australia and right now they are two of the most reliable second-rowers in the business. Kaufusi was one of the Roos' best last week with a huge 47 tackles to go with 86 running metres and a try. Cordner can be counted on to hammer away on the left edge all day every day.

For Tonga, veteran Manu brings experience, aggression and a strong sense of team and culture with him from Hull FC – though the former Storm forward's most effective playing days may now be in the rear-view mirror. Pangai had an injury-hampered finish to 2018 but if he is back to full fitness his devastating presence out wide can bring a real point of difference.

Verdict: Australia win a points decision but of the four, Tonga's Pangai is the one most likely to turn a game single-handedly.

The Aussie bench contains three forwards who are each out and out stars and more than capable of starting at Origin or Test level, plus a utility who is a top shelf half or hooker in his own right and can do a job in the back row if required.

The Tongan bench arguably doesn't have the same level of polish but what it lacks in representative experience it makes up for in hard-running aggression. Fonua-Blake has evolved into a serious wrecking ball of a prop, Ofehangaue was in the Origin frame this year and Terepo had arguably his best season with some powerful stints both starting and off the bench.

Verdict: the class of Trbojevic and Frizell tilts this to Australia but if the Tonga pack gets a roll on they have the bench to cash in on that momentum. 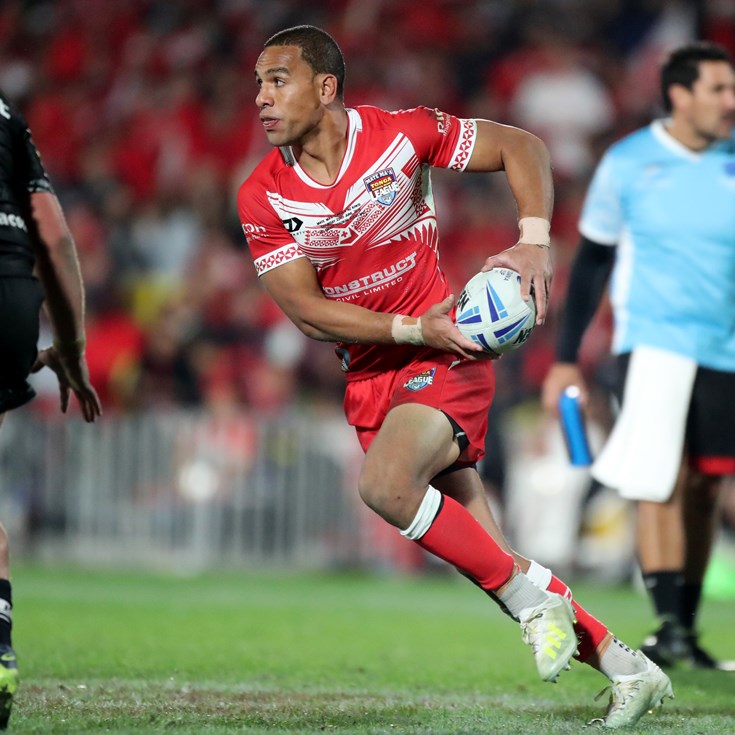