Brydens Lawyers NSW Blues Forward David Klemmer has revealed the lessons he learned in Origin camp about 'giving back to the game' prompted his decision to strip down to his underwear after the Kangaroos' win over PNG at Port Moresby last Saturday.

A smiling Klemmer and Blues teammate Tyson Frizell were left with only their undies and strapping after giving all of their gear away to Rugby League-mad local fans following the 34-16 in the Prime Minister XIII's game over the Kumuls.

They wanted the undies but I had to decline.

The Blues enforcer told NSWRL.com.au that he had taken a lot out of his time with the NSW team this season, where coach Brad Fittler stressed the importance of the lofty position that players hold and how important it is to always respect and acknowledge the input from fans.

"I take a lot out of that camp," Klemmer said.

"I'm trying to better myself, and better my game, and be a better individual as well.

"That was one of the things, we're in a privileged position and doing anything we can to help anyone, we're in a good position to do that [and] to give back is pretty special.

"Just seeing the joy they've got when you go out there to play footy and they just want to touch you and watch you play footy, because they only get a chance to see us on television.

"Every time I've gone over there I've always given my gear away, and taken photos with them, and they love it.

"I really appreciate going over there and it's a good experience. Everyone has got to experience it."

Klemmer admits he did have to draw the line at one point after knocking back a fan's request to also hand over his underwear. The moment was captured in a photograph on social media, with Klemmer and fellow Blues brother Tyson Frizell sporting smiles and not much else.

"They wanted the undies but I had to decline because I might get in a bit of strife for that," Klemmer quipped.

"They take everything mate and they really love it. You throw them a pair of socks and they go crazy.

"It's always good to go up there and play a game of footy because they're a very passionate country for their Rugby League, but also to spread the good word on healthy living and how to treat women as well.

"It's a big thing up there and good to spread that around the schools for the kids to learn."

Klemmer also explained a video of him handing his jersey away, with a large crowd congregating at the fence to snatch it before the towering prop singled one fan out in particular.

"I saw a bloke in a Doggies jersey," Klemmer said.

"It was pretty hard to get to him because all of them were grabbing it, and they were pushing each other and trying to fight each other, but I had to make sure I gave it to him.

"It was good to see him and there were a couple of Doggies supporters there."

Klemmer admitted he wasn't sure what was going on when a large number of fans from the 14,000-plus crowd invaded the field midway through the first half. It only emerged after the game that they had been concerned that a light tower in one corner of the field was about to collapse.

"They thought one of the big light posts was going to fall on top of them, and it was a bit scary when they ran on the field, they were all scattering," Klemmer said.

"It was a good experience and I enjoyed going up there."

Klemmer is hoping his performance in the Prime Minister's XIII will be enough to earn a call-up for the Kangaroos for their Test against New Zealand at Mt Smart Stadium on Saturday October 13.

"Hopefully I get picked in the side and get back into playing footy for the next couple of weeks," Klemmer said.

"It would be pretty good to be back around the boys and in camp in that team environment." 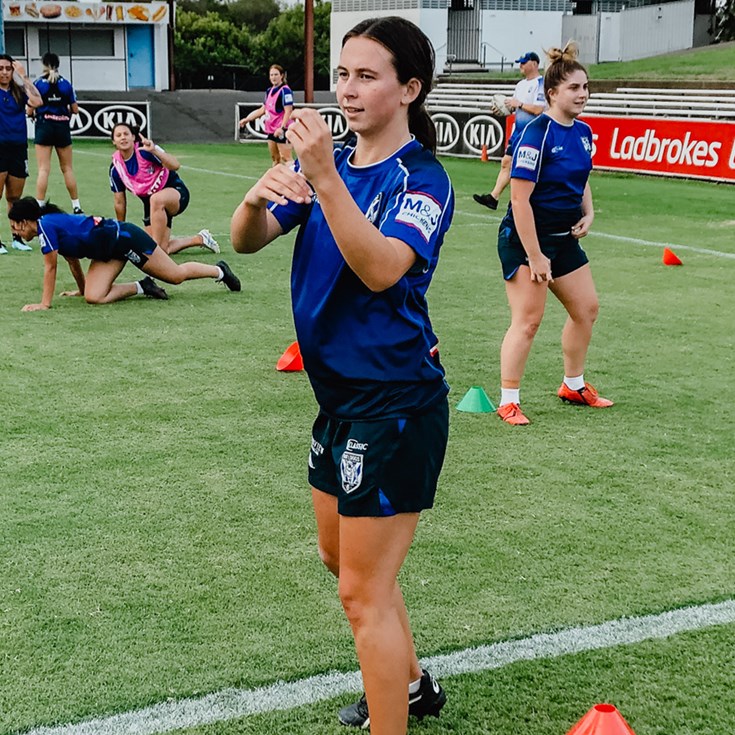