The Australian Rugby League Commission has today selected the following players to represent the Kangaroos in Test matches against New Zealand and Tonga.

Three members of the Premiership-winning Sydney Roosters outfit have been selected in the Kangaroos squad, which will play the Kiwis on October 13 and Tonga on October 20 at Mt Smart Stadium.

"This is a new era for the Kangaroos and it is a very exciting one, based on the talent available," Kangaroos Coach Mal Meninga said.

"There is certainly a strong showing from the NSW squad which won the State of Origin series and we have a number of players who performed exceptionally well through the Finals Series as well as in the Grand Final.

"While there are only two Test matches for the Kangaroos this year they are extremely important to me and this squad.

"This will give us a good gauge of who we will be looking at to lead the Kangaroos into the future.

"The Kangaroos have not played the Kiwis in New Zealand for four years, and have not played in Auckland for six years, so the October 13 Test match will be an extremely important one for us.

"The first Test match ever against Tonga will also be a historic occasion not only for the Kangaroos but for the game as well."

The squad, listed alphabetically, is as follows:

Fact pack on the 2018 Kangaroos squad:

• The average age of the squad is 26 and 77 days. This has fallen by more than one year per player since last year's World Cup, following the retirements of Cameron Smith, Billy Slater and Cooper Cronk 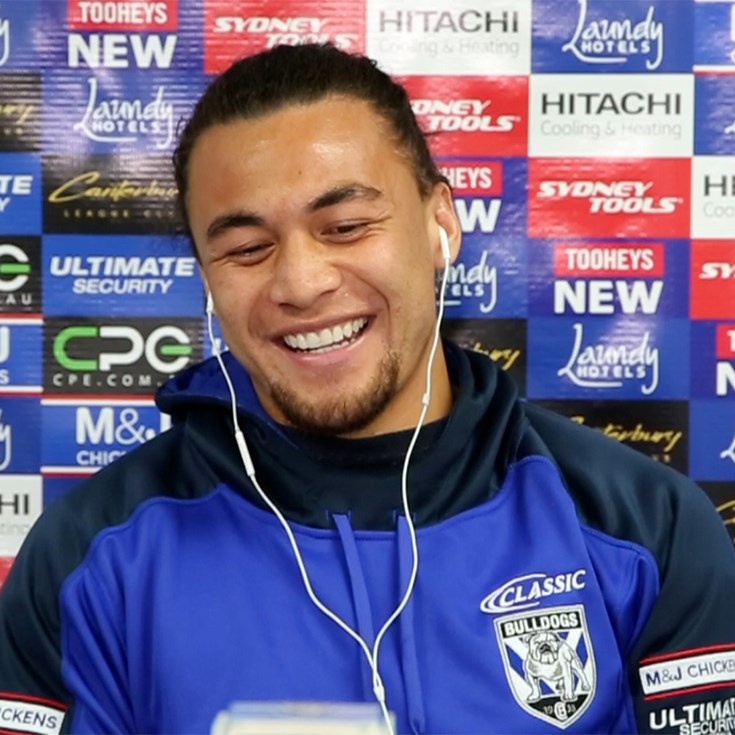 RFM: There's a good feeling at the club

For and Against: Should the Bunker rule on forward passes?

Laundy Hotels announced as Major Sponsor of the Bulldogs