The Canterbury Bankstown Bulldogs have confirmed their team to face the Redcliffe Dolphins in the National Rugby League State Championship at ANZ Stadium on Sunday September 30.

Steve Georgallis has made no changes to his side that defeated the Newtown Jets last weekend 18-12 to claim the New South Wales Intrust Super premiership at Leichhardt Oval.

Rhyse Martin will once again lead the team out as Captain, while Greg Eastwood will run out for the final time in the blue and white.

This weekend's match will also see five-eighth Josh Cleeland play his 50th game for the club.
Chris Smith and Lachlan Burr will both line up again after making a successful return from injury last weekend.

This weekend's game pits the winners of the New South Wales Intrust Super Premiership and the Queensland Cup against each other.

The game was introduced in 2014 as a curtain- raiser to the NRL match on Grand Final day, with the winner crowned NRL State Champions.

WHERE YOU CAN WATCH?

All games will be televised on Channel Nine in NSW and Queensland.

Viewers in Victoria, South Australia and Western Australia can watch the NRLW and interstate matches on Gem, the NRL grand final will be on Nine.

Sky NZ will broadcast all three games in New Zealand.

Watch NRL is the official way to stream every NRL match LIVE & on demand.

This service is not available from Australia, New Zealand and the Pacific Islands.
Full details here on international coverage here. 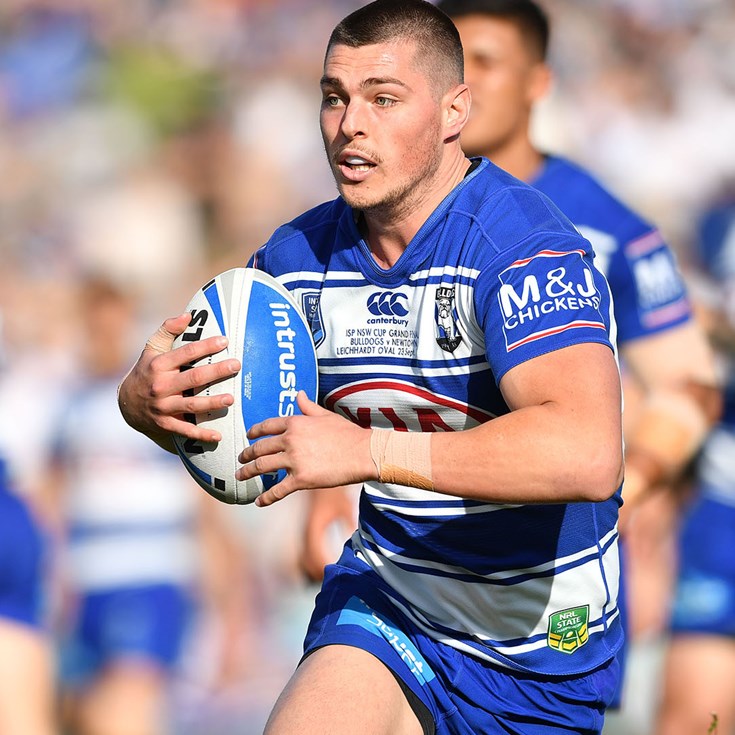 Cleeland knows what to expect on NRL Grand Final day

Woolford: A lot of hard work went into the year