The Canterbury- Bankstown Bulldogs Intrust Super Premiership team has been named to face the St George Illawarra Dragons in the preliminary final on Sunday September 16, 5pm at Leichhardt Oval.

Francis Tualau has been named in the front-row with Ofahiki Ogden shifting to the second row, replacing the injured Asipeli Fine.

Canterbury come into the third week of the finals following a 34-24 victory over the Wyong Roos last weekend.

The Bulldogs and Dragons have met twice throughout 2018 and on both occasions, St George have come away with one-point victories.

"We haven't beaten the Dragons this year, so they're going to be tough. We need to aim up this weekend. We have a bit to work on, but it will be a good challenge," Rhyse Martin added.

The winner will advance to the grand final and set up a clash with either the Penrith Panthers or Newtown Jets. 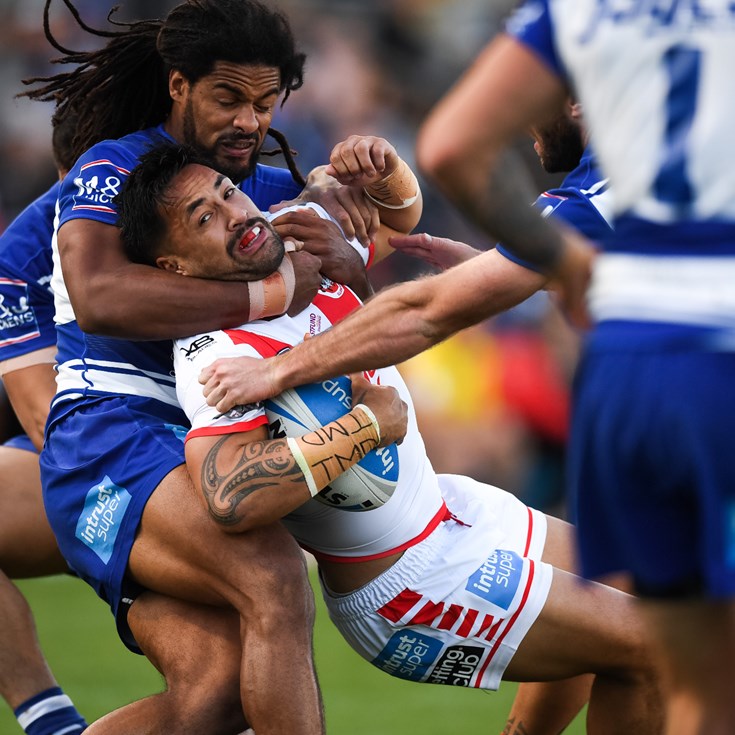