Cameron Smith bounces back from injury with a vengeance, another Sea Eagles star brings up the ton and injuries wreak havoc once more in the penultimate round of the NRL Fantasy season.

Another week, another Manly loss – but while the club is struggling on and off the field their big-name players continue to thrive in Fantasy, with Daly Cherry-Evans hitting 109 with two tries and a season-high 432 kick metres. His teammates Martin Taupau (80) and Jake Trbojevic (64) didn't do too badly either despite the team's two-point defeat to the Wests Tigers.

The other big winner of the week was the NRL's Wolverine, Cameron Smith, who seemingly can't be stopped by injury – shaking off a back problem to play the full 80 minutes against the Titans and score 80 points, his best Fantasy total since June.

Valentine Holmes's incredible late-season form continued with 83 in Cronulla's big win over Newcastle on Sunday, Nathan Cleary hit season-highs for tackle breaks (7) and kick metres (399) on the way to 80 points against the Warriors, and Billy Slater made more than 300 run metres for the first time in his career to score 77 against the Gold Coast.

It was a week of winners, really: James Tedesco scored 71 while his Roosters teammate Jake Friend made a ridiculous 73 tackles in Saturday's loss to Brisbane; Shaun Johnson brought up his second 70 in as many weeks; Titans young gun AJ Brimson continued his sensational rookie season with 70 himself; Andrew Fifita finished a tumultuous week with 69 in Cronulla's win on Sunday; and Lachlan Lewis made a massive 601 kick metres in the Bulldogs' win over St George Illawarra to score 63 points.

Let's start with the injuries.

Brisbane tackle machine Andrew McCullough was on the receiving end of a horrible Dylan Napa tackle and finished on 14 points after 23 minutes.

Fantasy superstar Kalyn Ponga was a late out for the Knights, and his replacement Connor Watson (14) also succumbed to a groin injury against the Sharks. Dragons centre Euan Aitken (hamstring, 4) and Bulldogs Fantasy favourite Rhyse Martin (knee, 10) were both major casualties on Sunday.

Meanwhile Roger Tuivasa-Sheck (10) was very quiet by his usual standards in the Warriors' win over Penrith and Latrell Mitchell was the big loser of Brisbane's shock win over the Roosters, making barely any impact and being sin-binned to finish with just 10 Fantasy points.

NRL Fantasy Team of the Week 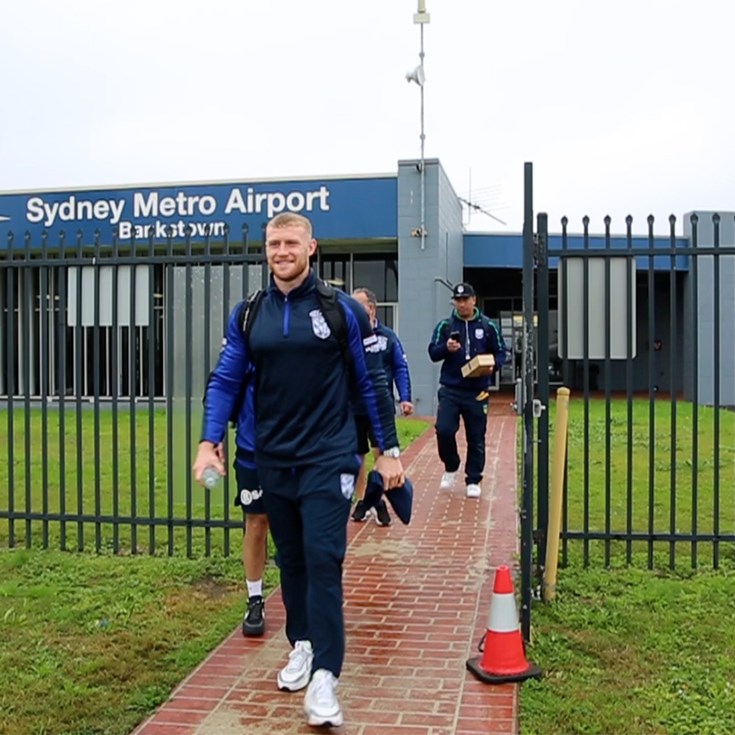