A number of recent coaching decisions have proven that the cliche about wingers being guys who hang around footballers is now redundant, with the position now considered more valuable than centres.

Parramatta's Jarryd Hayne and Cronulla's Josh Dugan were among the biggest off-season recruits for their clubs, and have represented NSW and Australia as centres, but both are now playing on the wing.

Even after losing both centres - Jesse Ramien and Ricky Leutele - to injury during Saturday night's 28-16 defeat of North Queensland, Sharks coach Shane Flanagan resisted the temptation to shift Dugan from the wing.

South Sydney coach Anthony Seibold faced a similar dilemma the previous weekend when he was forced to move Dane Gagai to fullback after Alex Johnston suffered a hamstring injury in the opening minutes of the clash with Sydney Roosters.

Instead of Hymel Hunt pushing infield, Seibold chose to replace Gagai in the centres with second-rower Tyrell Fuimaono and he stuck with that combination against Brisbane last Thursday night.

There are numerous other examples across the game, including Wayne Bennett's selection of Canberra-bound second-rower John Bateman in the centres for England during last year's World Cup.

With the way the game is evolving, there is now little difference between centres and edge back-rowers, whereas modern wingers are try-scoring freaks who double as a second fullback and do the tough carries at the start of sets.

The acrobatic put downs performed on a regular basis by the likes of Josh Addo-Carr, David Fusitu'a, Blake Ferguson and Nene Macdonald not only justify the need for the Referees Bunker but are practiced on gym mats.

They also rehearse the AFL-like skill of leaping above an opponent to tap back a kick for a team-mate, as Canterbury winger Brett Morris did for his twin brother Josh to score in Sunday's 27-26 win over the Warriors.

Of the five leading try scorers, Fusitu'a (18 tries), Addo-Carr (17), Robert Jennings (17) and Anthony Don (15) are wingers, while Valentine Holmes (19) has shifted between wing and fullback for the Sharks.

However, it is no longer only the try-scoring list which wingers top, as they are also dominating the statistical categories for line breaks, run metres, dummy half runs and post-contact metres.

Ferguson, who has scored 14 tries this season, leads the NRL for runmetres – averaging 197.5m per game – and is third behind Jason Taumalolo and David Klemmer for post-contactmetres.

Ken Maumalo, who is ninth for run metres (156.3m per game) and often has the first carry for the Warriors near their try line, is also in the top 10 for post-contact metres, along with Roosters winger Daniel Tupou.

Ferguson, who has signed with Parramatta next season, is believed to be the highest-paid winger in the NRL, although Morris joined the Bulldogs on fullback money in 2015.

However, most wingers would argue they are underpaid as the average salary of the top 15 highest earning wingers was just $270,000 when the NRL scrapped bench marking of player payments across the clubs in 2013.

That is likely to change as the game continues to evolve, with centres now virtually edge second-rowers with footwork given how interchangeable the two positions have become.

After losing Ramien and Leutele to injury against the Cowboys, Flanagan rotated Kurt Capewell, Luke Lewis and Jayson Bukuya in the centres, while Fuimaono, Penrith's Villiame Kikau, Brisbane's Alex Glenn and Parrramatta's Manu Ma'u are other second-rowers who have played centre this season.

The changing roles of the positions are the latest impact of the move to halves playing either side of the ruck, which led to the splitting of centre pairings who played outside left or right edge second-rowers, while fullbacks are now like a second five-eighth.

As a result of the increased structure around the positions inside them, wingers have more freedom in defence and are able to drop back to form a back three with the fullback in anticipation of a kick late in tackle counts.

They have therefore become vital to the commencement of sets, which has seen an increase in the size of wingers as they need to run the ball from their own line early in the tackle counts, while height is an advantage when contesting kicks in attack and defence. 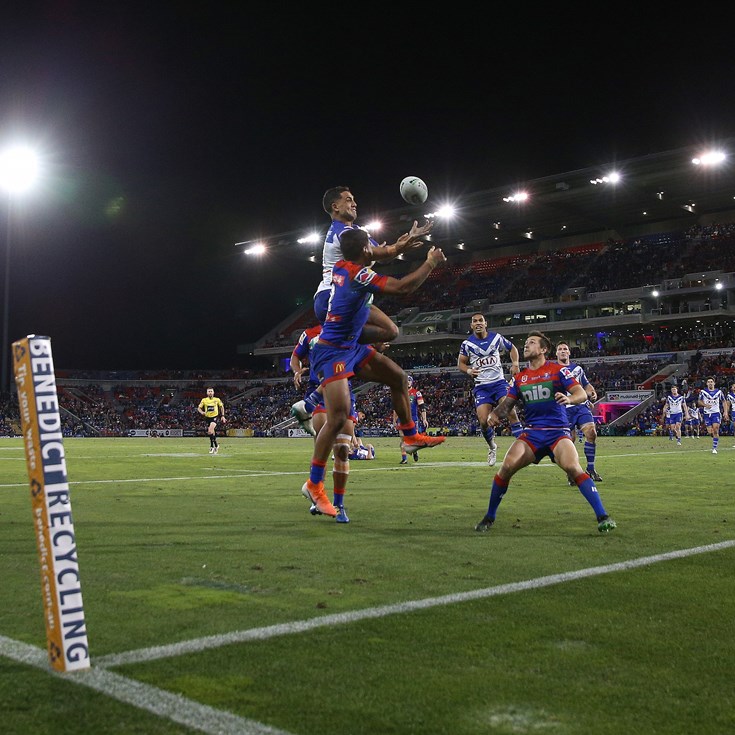