A definitive list of top 30 squads could be publicised for the first time next season in a bid for greater transparency around the game's rostering system.

An August 21 feedback session open to all clubs and attended by representatives of the NRL, Rugby League Players' Association and agents accreditation committee will review the game's latest contracting system, which was introduced last November.

A public record of each club's playing stocks is viewed as a natural evolution in the model, but has been met with scepticism by clubs to date.

As it stands each outfit must confirm a top 24 roster for 2019 with the NRL as of November 1, the start of rugby league's financial calendar, with 29 players to be signed on when the playing season starts in the first week of March.

Clubs then have up until the traditional June 30 deadline to sign a final player to fill their top 30 squad, with between three and six players also retained on development contracts.

It's understood a key change to the model is likely to make clubs more receptive to publishing full squad lists in 2019, with players who are still included in a club's salary cap but no longer playing there no longer occupying a roster spot from next season.

For example, retired Manly forward Nate Myles remains both on the Sea Eagles books and fills a spot in their top 30 squad because they are still paying his salary in 2018.

With a number of clubs, notably Canterbury due to their much-publicised salary cap woes, paying the salaries of players at rival outfits, they are naturally reticent to make that public knowledge with a full squad list on their own website.

In 2019 however, clubs will still be obliged to fulfil their financial obligations to any player released, with that included in their salary cap.

But they will be able to fill their vacant top 30 spot with another player.

There is expected to be a push from clubland for greater leniency when it comes to selecting players from their development lists for NRL promotion.

Currently clubs must apply for special dispensation to add a development player to their first grade squad, typically an injury crisis that sees them lose all other options in that select player's position.

It's understood the NRL is comfortable with this facet of the top 30 model, which in conjunction with last year's Collective Bargaining Agreement, is designed to make it harder for clubs to stockpile junior talent on base level contracts.

The most high-profile example of dispensation being denied again took place at Manly, when applications to have Manase Fainu elevated to their top 30 squad were rejected because capable but out of favour hooking options Jackson Hastings and Lewis Brown remained available.

The other key reason for the top 30 model's introduction – reducing the amount of mid-season player transfers – is debatable given this year's traditional June 30 scramble saw Moses Mbye and Aaron Woods make high profile exits from Canterbury amid a dozen or so other transfers.

While the feedback meeting will allow clubs to present their views on the new system to the governing body, any significant overhaul is not expected until the model comes under formal review midway through 2019. 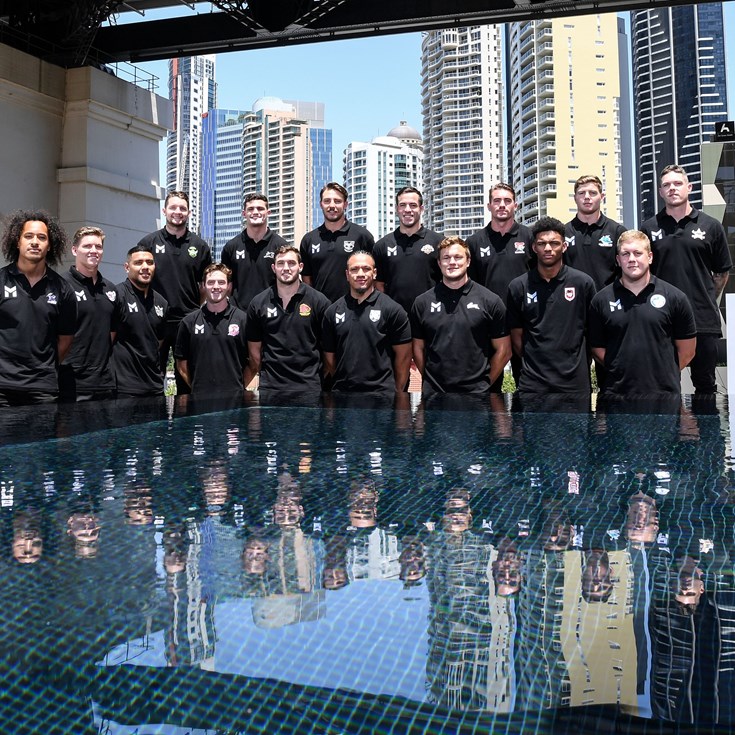 Streamlined 2020 Magic Round shooting for the stars

The million-dollar kick is yours for the taking

Lewis named in NRL.com team of the week