The Canterbury-Bankstown Bulldogs scored a convincing 40-4 win over Brisbane's 'Baby Broncos' in Round 18 of the 2003 National Rugby League season during their match played at Lang Park.

The Dogs scored four first half tries and crossed three times after the half-time break to down the Origin depleted Broncos.

The Broncos entered the match without 10 regular first-graders, while the Bulldogs were missing five players through Origin and suspension.

Bulldogs halfback Brent Sherwin and fullback Luke Patten both crossed for a double, while Nigel Vagana, Ben Harris and Glenn Hall were the other try scorers. 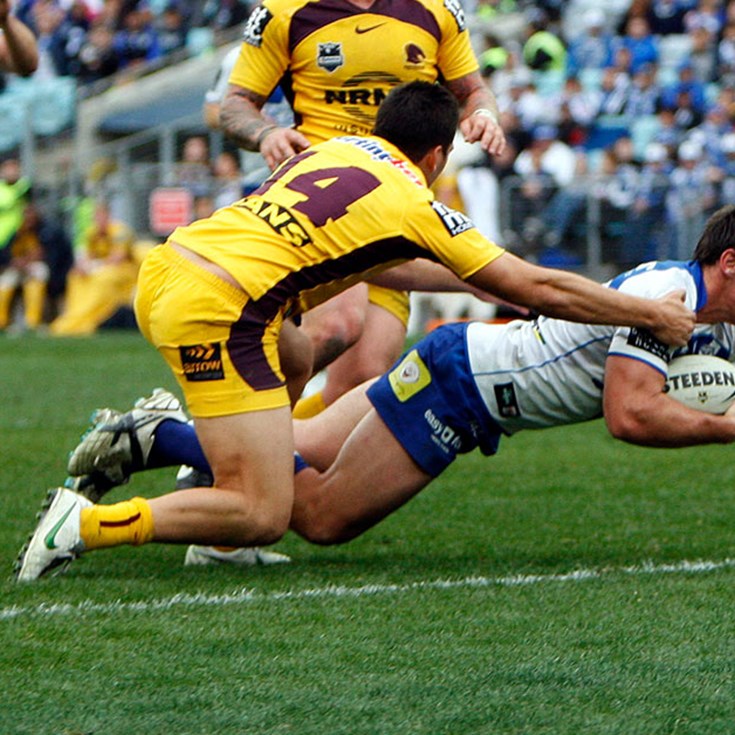 Hopoate: We appreciate our members and fans support