This weekend will see Moses Mbye face his former team after moving to the Wests Tigers following the Canterbury-Bankstown Bulldogs round 15 match against the Gold Coast Titans.

Mbye played 94 games for the Bulldogs after debuting for the club in 2014 and after spending countless hours with the current squad heading into the 2018 season, the 24-year old knows the structures well, but it's not a concern for Coach Dean Pay.

"We'll just concentrate on ourselves. Moses has moved on. This week has been all about us and improving our performance," said Pay.

The Bulldogs face a Tigers outfit brewing with confidence following wins over the Rabbitohs and the Dragons in the past fortnight, but it's a case of controlling the things you can control for the Bulldogs.

"They have been playing some good footy over the last couple of weeks and beaten some really good teams. We have been preparing to play our best and making sure that we put in a performance that we're happy with. We have been improving in some areas and we certainly need to improve in others. It's something that we have been working on," added Pay.

It has been a difficult introduction to the coaching arena for Dean Pay, but the rookie coach still sees plenty to gain out of the remaining games to have the club in very good shape heading into next season.

"We don't want to be sitting where we are. We are going to use this last six games to make sure that we are getting ourselves into a really good position where we can get into our pre-season and improve and get up the ladder next year. We want to get better and when we accomplish that, it's going to spring board us into our pre-season," Pay said.

This weekend's match will see Adam Elliott play his 50th NRL match for the Bulldogs, while Lachlan Lewis will feature in his 50th overall club game for the blue and whites. 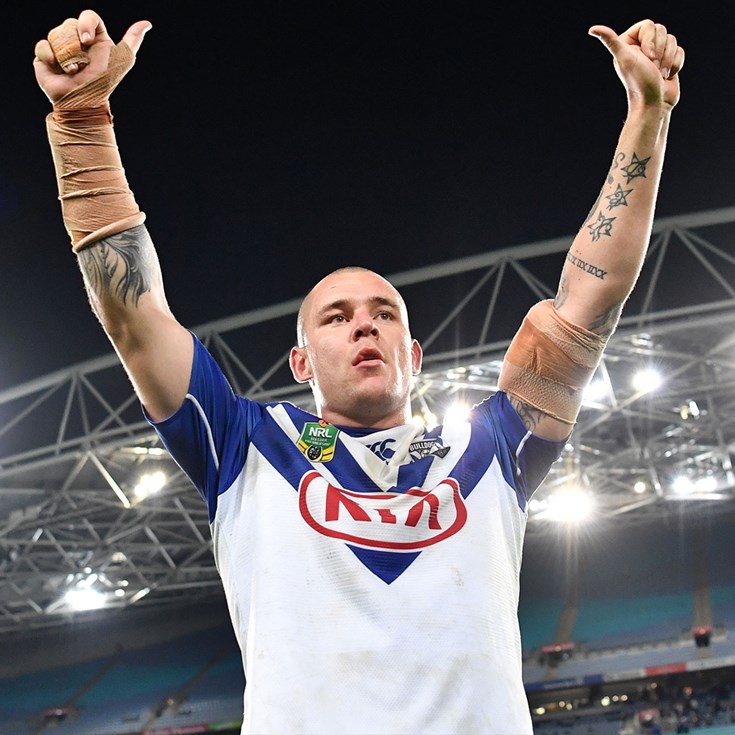 Klemmer loving the effort from his teammates

What the Bulldogs are looking for in the final six