Talented second-rower Rhyse Martin has re-signed with the Bulldogs on a one year deal.

The 25 year-old, who was the Bulldogs ISP Player of the Season last year and represented Papua New Guinea in the World Cup, has made 8 First Grade appearances for the Bulldogs this season, including a memorable first touch on debut against the Broncos where he scored a try.

Rhyse has scored 4 NRL tries in total in his eight matches and boasts an outstanding kicking success rate of 93.8%.

"Rhyse has been part of a new group of younger players that have made their NRL debuts this season and who will form the nucleus of our squad going forward. His re-signing is another positive step in creating a balanced squad that can complement each other next season and take our club in the right direction. We are delighted to have him back on board." 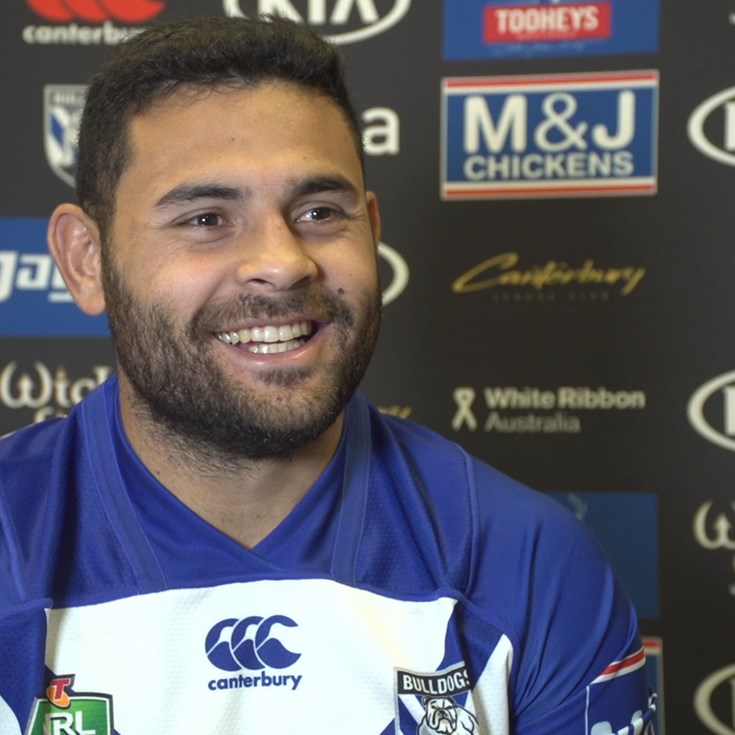 Martin feels at home at Belmore

Martin: We're not giving up

Martin in the blue and white