Ivan Cleary may have brought 16 fresh faces into the Wests Tigers fold over summer but it was veteran co-captains Benji Marshall and Chris Lawrence who saved their skins in a scrappy 14-10 win over Canterbury on Sunday.

Shared history abounded across the teamsheets, with Aaron Woods and Josh Reynolds lining up against their junior clubs and Moses Mbye facing potential future teammates thanks to the well-documented salary cap issues at Belmore.

No Tigers have more history at the joint than Marshall and Lawrence, the former as prodigal son returned and one of those 16 recruits, the latter staying strong across 13 first-grade seasons.

Marshall wound back the clock as he laid on the Tigers' first try and was right there in their second as well, helping secure two unlikely competition points despite making 79 more tackles than the Bulldogs.

Lawrence, dependable as always, was on hand for what proved to be the match-winner, as well as 29 tackles of his own and 127 running metres.

For Canterbury, it was more of the same. A willing and honest effort until the end, undone by a red zone attack that failed to fire a shot.

They entered the game as outsiders, with Kieran Foran fighting a losing battling against father time and an ongoing back injury that had him in doubt right up until the warm-up.

But the Bulldogs found themselves front-runners by the eighth minute when a short side raid on the last by Matt Frawley ended with Brett Morris crossing untouched.

After Mbye extended the lead with a 15th-minute penalty goal, Mahe Fonua threatened to trim it back by bulldozing his way over from a second-man play.

His four-pointer was called back due to obstruction on Foran, and not until late in the half that they get another crack as the Bulldogs came to dominate possession but do little with it.

Showing them how it's done after 30 minutes was Benjamin Quentin Marshall.

A vintage cut-out ball from the old hand by-passed two teammates and three Bulldogs opponents, putting it on a platter and Corey Thompson in the highlights reel of what was otherwise a dour first half showing.

Canterbury started the second stanza with promise, twice breaking away down their right touchline and threatening to extend a 10-4 lead.

Eleven Tigers errors and another 11 penalties gave them ample opportunity to do just that.

Until Reynolds' 50th minute injection into the contest, which promptly lit it up.

Tigers frequent flyer David Nofoaluma was over in the corner soon enough with Reynolds and Marshall both featuring in the lead-up.

False alarms from both sides followed in a two-point ball-game. Neither side looked like truly claiming it, not all that surprising with only two wins between their last 10 starts.

Then Lawrence swung it the Tigers way, grounding a Tuimoala Lolohea grubber for a 14-10 advantage.

The Bulldogs threatened until the final whistle but with history repeating, they came away empty-handed and languishing at the wrong end of the ladder once more.

News and notes: The Tigers have now registered back-to-back wins over Canterbury (prevailing 18-12 in round 8 last year as well) for the first time since 2005... Raymond Faitala-Mariner will have to pass concussion protocols to play next week after a 25th-minute head knock ended his afternoon early... Brett Morris's opening try was the ninth time Canterbury have scored first this year, yet they have only scored more than 20 points in one game... The Bulldogs now face the Dragons and their former captain James Graham, while the Tigers take on the Roosters at Allianz Stadium next Sunday 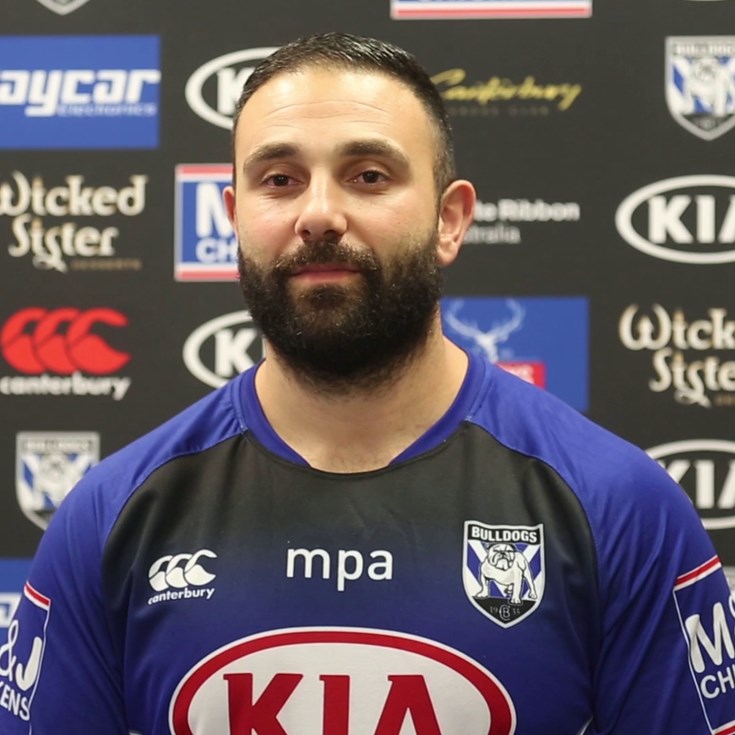