If you ask most people who should be the first front rower picked for NSW, the answer you'll likely get is Reagan Campbell-Gillard.

And it's hard to argue with that given his impressive start to the year for the Penrith Panthers.

But how misleading is individual form? Is it affected by perception of how well your team is going?

For instance, Aaron Woods is almost the forgotten man when it comes to Blues selection.

But is that a reflection of Canterbury's woes or is he genuinely struggling?

It looks like Campbell-Gillard is running harder, tackling stronger and having a far more meaningful impact on the game than Woods.

It's as if he's making 42 metres or four runs more per game. Like he's missed 23 less tackles or offloaded 18 more times this year.

Well, turns out looks can be deceiving. It's actually Woods who is on the dominant end of those figures.

Granted, statistics don't always paint a picture of the truth. But they also don't lie.

Campbell-Gillard is averaging 8.9 runs per game for 98.1 metres with a total of 386.8 post contact metres for the season.

Compare that to Woods, who is averaging 13.4 runs per game for 140 metres with a total of 581.2 post contact metres in 11 games this year. Yet it looks inevitable that he will miss out with Paul Vaughan, Jack de Belin and Campbell-Gillard expected to make their State of Origin debut in the June 6 opener.

Campbell-Gillard has missed a staggering 37 tackles this year, while Woods has missed just 15.

There's also been pressure on David Klemmer to hold on to his spot but his numbers are superior to both Campbell-Gillard and Woods – or any NSW forward for that matter – averaging a mammoth 173.8 metres per game this year.

Woods has also had slightly quicker play-the-balls than Campbell-Gillard this season, averaging 3.27 seconds compared with the Panthers prop's 3.51.

By no means is this a suggestion that Campbell-Gillard shouldn't be picked, because he deserves to add State of Origin honours to the international honours he racked up last year.

But it seems as though the fortunes of respective teams somewhat dilute perception of how a player is actually performing.

Take Andrew Fifita for example. He's once again being touted as the best prop in the game on the back of five straight wins for the Sharks, but his numbers over the past five rounds aren't too dissimilar to his start to the year.

Now there's talk about Fifita playing game one and three, despite pledging his allegiance to Tonga and will miss the second game of the series as a result.

Given the way Fittler has spoken in the past and the values he seems to be basing his team on, it will be extraordinary if he jeopardises what he is trying to build by selecting Fifita.

It's almost as if the Blues have used his form spike to detract attention from all the rookies they are about to unearth in the series opener at the Melbourne Cricket Ground.

One of those was expected to be Curtis Scott, but his brain explosion at AAMI Park – where he punched Dylan Walker – has cost him any chance of partnering Storm teammate Josh Addo-Carr on the left edge for NSW.

Should Fifita be considered for NSW?

The views in this article are those of the author and not necessarily those of NRL.com or the NRL. 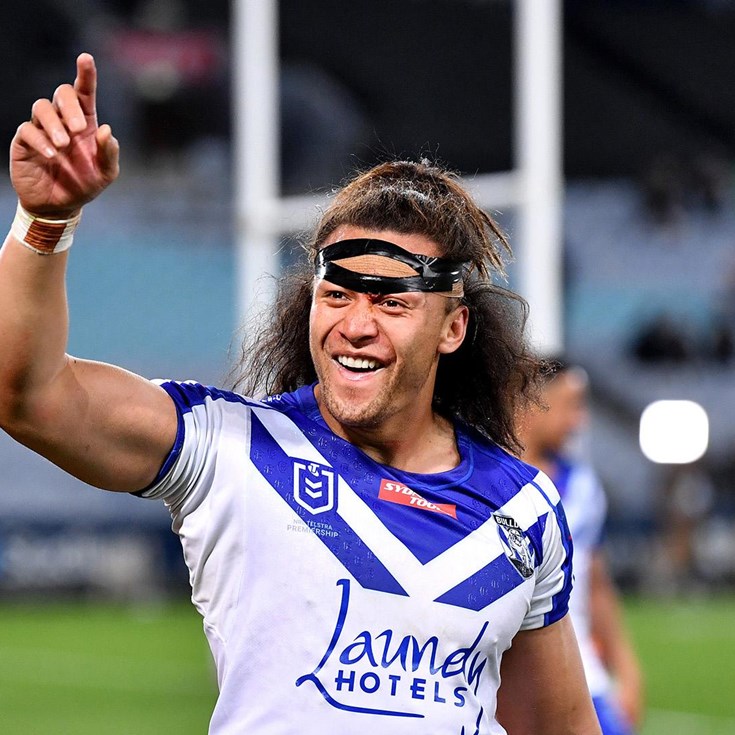