Just when we were nodding our collective heads at the Roosters' impressive substance-over-style road win over Cronulla, they turn up a week later and get steamrolled by a Sam Burgess-less Rabbitohs pack.

The score actually flattered the Chooks. The Bunnies frequently punched holes in their more fancied opponents' defensive line and would've won by more than 12 if they'd made the most of their many scoring opportunities.

It's still only early days and the Roosters (3-3) haven't endured the same struggles as the Cowboys and Eels, but make no mistake, coach Trent Robinson must be as concerned as he is frustrated. It doesn't matter how many Tedescos and Cronks you have if you get pulverised up front, and the Roosters haven't proved they can play a power game on a weekly basis.

The Bulldogs put together their best performance of the season last week in Townsville, claiming a much-needed second win with a wire to wire thumping of the under-achieving Cowboys.

They will really make us sit up and take notice if they account for the Roosters.

Key match-up: He punches above his weight every week and never takes a backward step, and you can guarantee Josh Jackson will be relishing his battle with his Roosters counterpart Boyd Cordner. They play the same position, have spilled blood together as NSW Origin teammates and now they both captain their respective sides. Neither will want to come off second best to the other.

For the Bulldogs to win: The Roosters had their way when they met in round two, cruising to a 30-12 victory. But the Bulldogs should’ve learned a thing or two from the way the Tigers, Warriors and Rabbitohs conquered the Chooks. The Doggies will give themselves a good chance if they dominate the Roosters forwards and leave Cooper Cronk little room to operate.

For the Roosters to win: Don’t let Jake Friend touch the ball on a short blind … no that’s too harsh, because the Roosters’ inconsistency can’t be attributed to one man alone. The forwards need to take charge in the middle and give Cronk and Luke Keary a solid platform from which to work. The Chooks also need to prove they can defend for sustained periods.

Bulldogs stat attack: Dave Klemmer has been typically hard to stop, leading the NRL in post-contact metres with 397. Hard-nosed halfback Kieran Foran has engaged the line 43 times, which is the best in the NRL.

Roosters stat attack: Blake Ferguson continues to take pressure off his forwards from the back, leading the NRL in total runs (110) and run metres (1159).

And another thing: Bulldogs centre Josh Morris chalks up his 250th NRL game on Thursday. Morris played 46 games for the Dragons before joining the Bulldogs in 2009. Morris needs one try to join Hazem El Masri (159) and Terry Lamb (123) as the only players to score 100 tries for the Bulldogs.

The Bulldogs will start the match 1-17. They are unchanged following their impressive performance against the Cowboys last week. Renouf Toomaga, John Olive, Matt Frawley and Rhyse Martin have been dropped from the bench in the 24 hours prior to kick-off.

The Roosters will start 1-17 after Sitili Tupouniua and Kurt Baptiste were dropped from the bench an hour before kick-off. Winger Reece Robinson has been dropped, with Joseph Manu shifting to the flank and Mitch Aubusson moving to centre. Jared Waerea-Hargreaves reverts to the bench with Zane Tetevano starting. Frank-Paul Nuuausala comes in for his first Roosters game since 2014. Sio Siua Taukeiaho and Reece Robinson were dropped from the bench 24 hours out from kick-off. 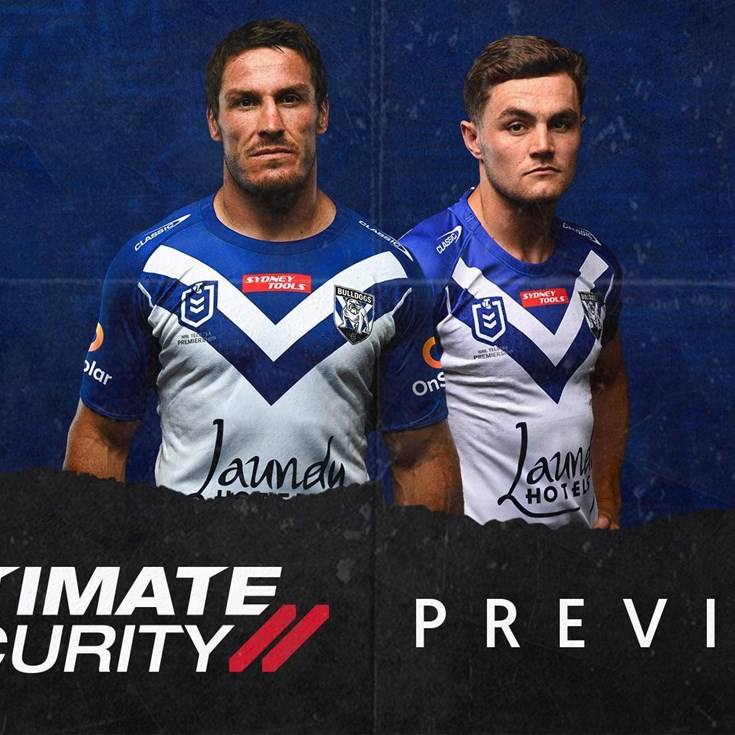