As the Canterbury-Bankstown Bulldogs picked up their first win of the new Intrust Super Premiership NSW season, the performance of centre-turned-forward Jayden Okunbor was a standout feature.

The 21-year-old scored a try and set one up in the 30-14 victory over the Warriors in Auckland, earning praise from coach Steve Georgallis in the process.

I was pretty disappointed with my first half, so I knew that I had to make up for it.

Post-match, Georgallis told NSWRL.com.au that the most-pleasing aspect of Okunbor’s game had been his ability to push through fatigue and play the full 80 minutes – in just his second game as a starting second-rower at Intrust Super Premiership NSW level.

“Last week we took him off because he was really blowing, he’s not used to playing in the second row because he was a centre in the ’20s, so he struggled a bit last week,” Georgallis said.

“Against the Warriors we saw he was struggling again at the 25-minute mark, but at the time we didn’t really want to interchange him. He got through it and with five minutes to go before the half he got his second wind, and in the second half he just exploded into life.

“I was really happy for him, and it just goes to show he can play the 80 minutes out.

“He’s got a lot to learn as a forward, especially in the defensive part… but the attack side of the game, I think he is probably in front of where I thought he would be in his progression.

“I’m looking forward to seeing him go through the grades.”

With the Bulldogs trailing 8-4 at the break, Okunbor played a key role in sparking a second-half revival which saw the visitors outscore the Warriors 26 points to six and register a comfortable victory.

Body on the line for Jayden Okunbor... and it pays off 👏#IntrustSuperPremiership

After setting centre John Olive free for a long-range run to the line minutes into the second period, Okunbor scored one of his own a short time later after charging down a Mason Lino kick and booting the ball 30 metres downfield for himself.

“I was pretty disappointed with my first half, so I knew that I had to make up for it,” Okunbor said.

“I saw Mason coming up and that he was going for a 40/20. I got my arm to it but I couldn’t get it on the first bounce so kicked it, I was lucky to get it down in the end. 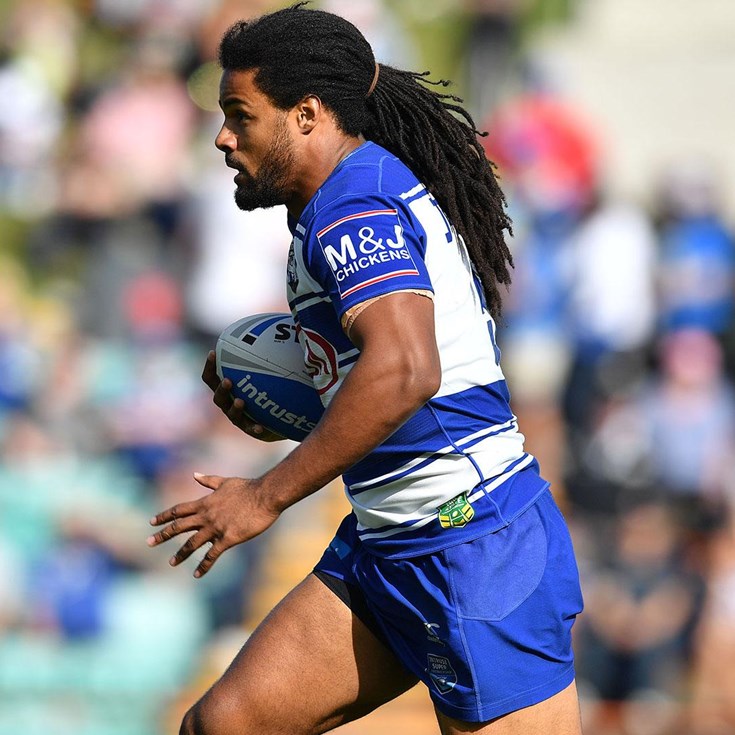 Okunbor: The win means so much