Lichaa and Mbye opened up in a forthright chat on the NRL Podcast from their Terrigal hotel room during the club's pre-season camp this week, reflecting on a tumultuous period in their lives and revealing their excitement about the recent changes at Belmore.

Lichaa was headed for the exit door last year before taking it upon himself to disregard Hasler's game plan. He started running from dummy half and produced a blistering three-week finish to the season.

''I just had nothing to lose. I just thought if I do what I want and I get dropped, then I get dropped. It was a nervous time. You have bills to pay and a family.

In the weeks leading into Lichaa's resurgence, Mbye was thrown into hooker and admitted he was uncomfortable with the positional change and the impact it had on his close friend.

''At that time of the year we were just clutching at straws,'' Mbye said.

''We just had nothing. We were playing s--- footy. We weren't playing a good brand of footy. He [Hasler] was putting me at nine, but obviously he [Lichaa] is a better nine … Me and Leesh had this chat so many times just phone calls after training calling each other saying 'what's doing?'.''

Mbye also reflects on life without knowing his father, who walked out on the family when he was a baby.

''You're not going to kick stones about your old man not being around. It's a bit of a cop-out. It's a mediocre excuse.''

''Me and Grub [Reynolds], we're running style players,'' he said.

''We both want to focus on our running game more than creating opportunities. I think there was the pressure of that and also a lack of knowledge of the game – especially on my behalf.

''When we had Trent [Hodkinson] playing, you seen (sic) how good Grub was playing alongside Trent. They went on to end the [NSW] drought playing Origin together.'' 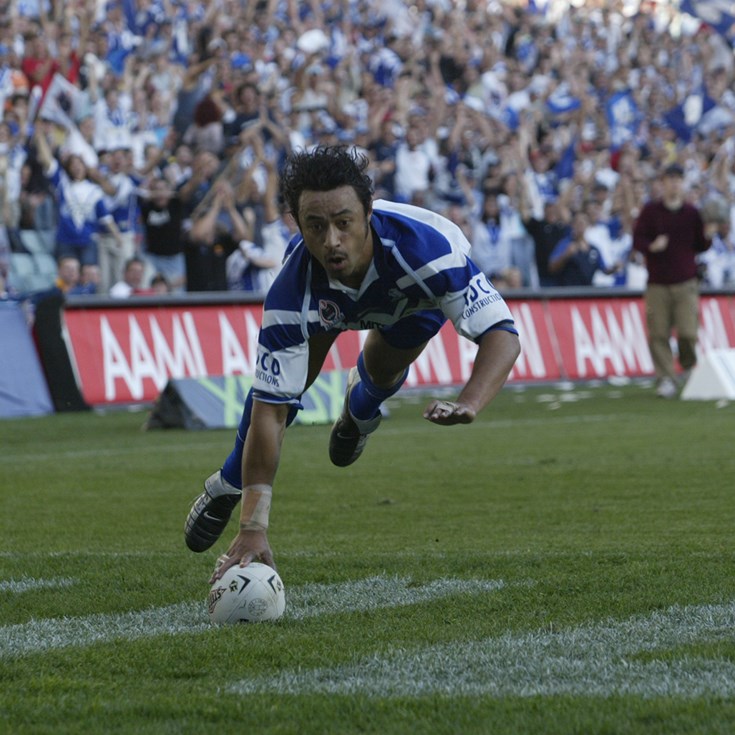