All the results and try scorers from the third week of the 2017 Rugby League World Cup. 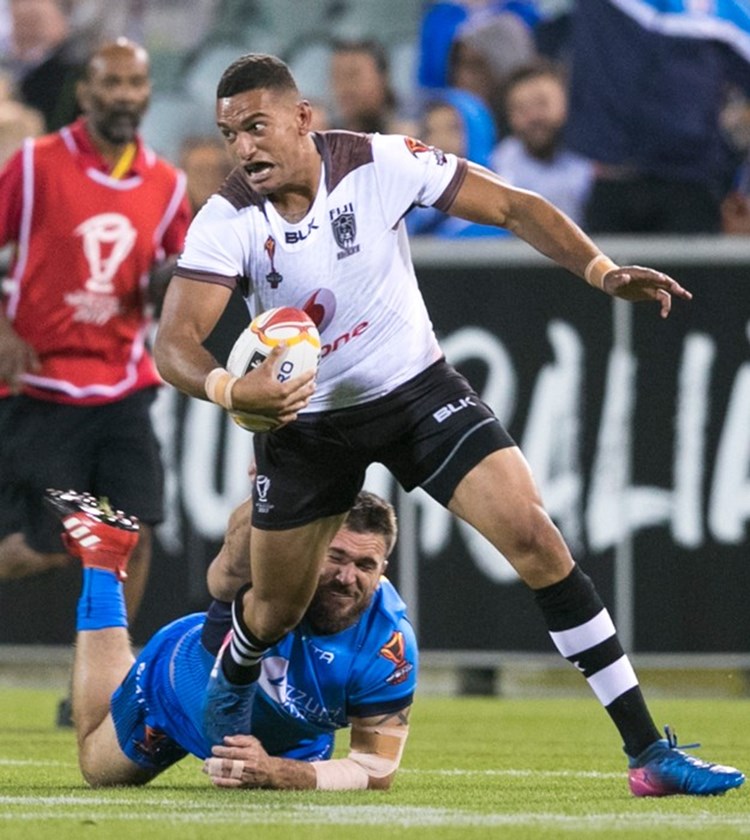 The Fiji Bati have booked a spot in the Rugby League World Cup quarter-finals following a hard-fought 38-10 victory over Italy at Canberra Stadium on Friday night.

The island nation have become the first second-tier side ever to beat a top-three team in international rugby league, powering to an emphatic 28-22 victory over the Kiwis on Saturday afternoon at Waikato Stadium. Samoa have avoided the embarrassment of an early World Cup exit by coming from eight points down to draw 14-all with Scotland in Cairns on Saturday and advance to the quarter-finals by virtue of a superior points differential. The Kangaroos have done enough to down a valiant Lebanon team 34-0 at the Sydney Football Stadium on Saturday night, with the World Cup minnows giving an excellent account of themselves.

Watch out England, the Kumuls are coming.

Papua New Guinea completed a clean sweep of their World Cup pool matches with a 64-0 rout of the United States of America on Sunday afternoon to advance to the quarter-finals, and former Kangaroos great Laurie Daley insists they have the point-scoring capabilities to knock off England in Melbourne next Sunday.

Ireland defeated Wales 34-6 at Perth Rectangular Stadium in the 30 degree heat of Western Australia to wrap up World Cup Pool C on Sunday.

England has overcome France 36-6 in their World Cup Pool A clash at Perth Stadium on Sunday night.

Les Chanticleers needed to beat their traditional rivals to have a chance of playing in the quarter-finals, yet England snuffed out any chance of that happening with four tries inside the first 20 minutes.

Presented by
9 hours ago