SEPTEMBER 27, 1980: Canterbury, in one of the most methodical big match victories in memory, downed Easts 18-4. Emotion ran deep as Canterbury returned to the premiership list for the first time in 38 years. There were just two tries in the match, both to Canterbury. Again it was a smothering, yet tight defence that paved the way. Certainly, there were flashes of the Canterbury running game, but there appeared so much method in their endeavours. All the more satisfying for Canterbury was the reserve grade grand final victory, the first time Canterbury had won two premierships in the one year. 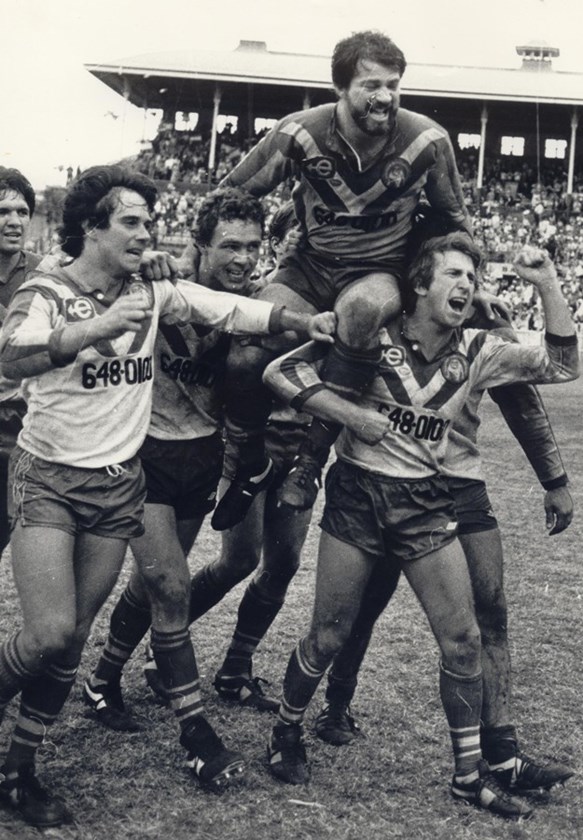 Here was a club seemingly without the depth to control a first grade premiership, winning both first and reserve grades. The younger Bulldogs bowled over Parramatta, which included the great Arthur Beetson in his final match in Sydney, in extra time. With Geoff Connell as coach and Mal Creevey as captain, they had inherited much of the Bulldogs dash. It was as if they were laying the foundations for the first grade grand final.

As Canterbury dominated the match territorially in the second half, Gearin kicked three penalty goals to take the Bulldogs to a 13-4 lead. There were moments of worry – just three all told, when Easts men got away down the sideline. But each time the flying Steve Mortimer cut their legs from under them in cover. All the while Canterbury provided examples of their dash... nothing too fancy, the occasional break by Greg Brentnall, a dash or two by Steve and Peter Mortimer, and there was Chris Anderson's superb first half try. But the moment that will live as long as the game is played came just five minutes from the end. Inside his own half, Graeme Hughes took a pass and stepped left looking for a gap. Brentnall looked up, and as he found a clearing put the ball high in the air towards Easts' tryline. Gearin, who had moved infield, sprinted desperately, never taking his eyes off the ball, and in front of two despairing East runners, caught the ball on the full and plunged over. It was one of the great grand final tries, and an emotional moment as the truth came home that Canterbury had won, their final act as one should have expected – creative and spontaneous.

Presented by
6 mins ago