bulldogs.com.au takes a look make at some significant moments in the Bulldogs NRL career of Sam Kasiano as he prepares to play his final game for the club this weekend. 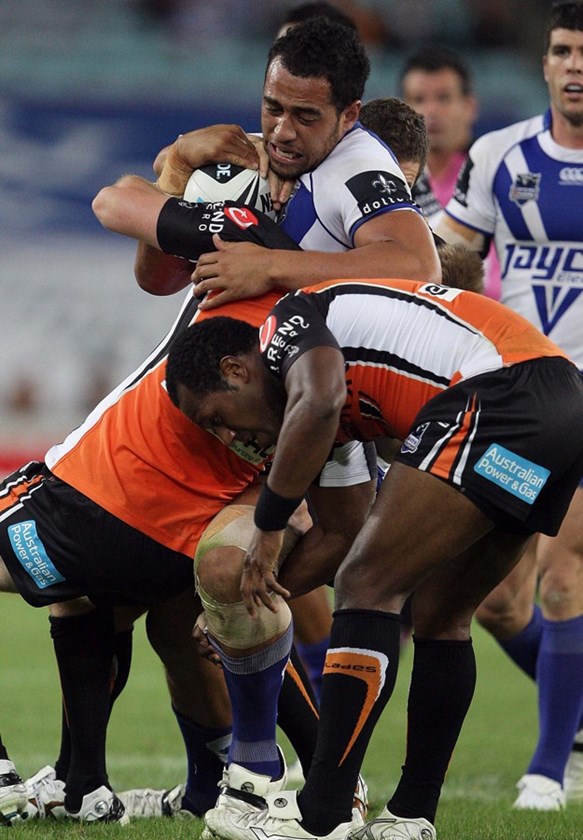 Round 1, 2011 – Kasiano makes his first grade debut at the age of 20 for the Canterbury-Bankstown Bulldogs against the Wests Tigers at ANZ Stadium in the front row wearing jersey number 10.  The Bulldogs win 24-14 Round 3, 2012 – Kasiano scores his first NRL try in his 22nd career match against the New Zealand Warriors at Mt Smart Stadium. Kasiano starts at prop and is one of five try scorers in the Bulldogs 32-18 victory over the Warriors. 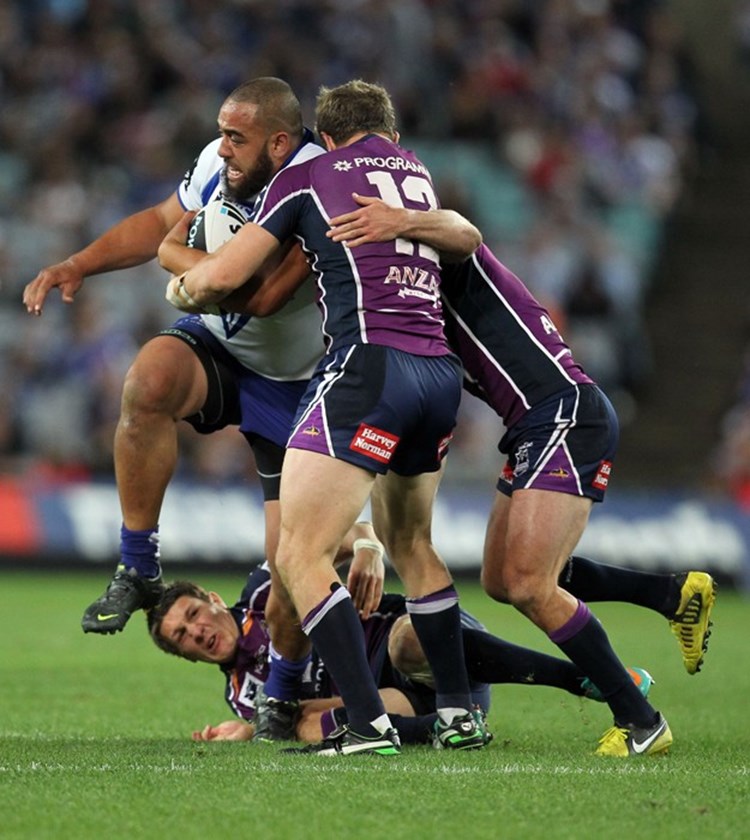 Kasiano was a member of the Bulldogs Grand Final team that went down to the Melbourne Storm, 14-4. He started in the front row and played in the number 10 jersey. The Bulldogs finished the regular season as Minor Premiers, but unfortunately couldn’t claim the major prize. Sam played 24 games in season 2012 and started in every game. 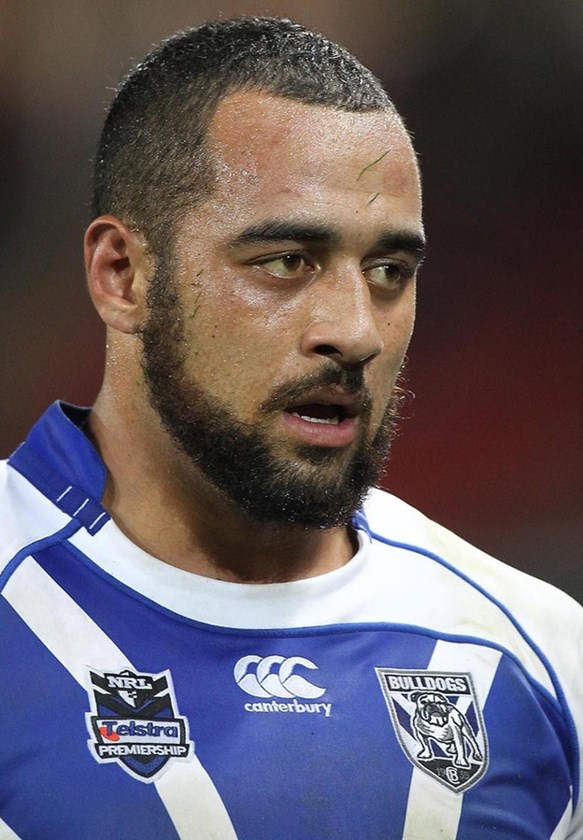 After an impressive 2012, Kasiano claimed the 2012 Dally M Prop of the Year after a season that amazed fans with his outstanding ball-playing ability and athleticism. He also played a huge part in the club’s charge towards the 2012 minor premiership. 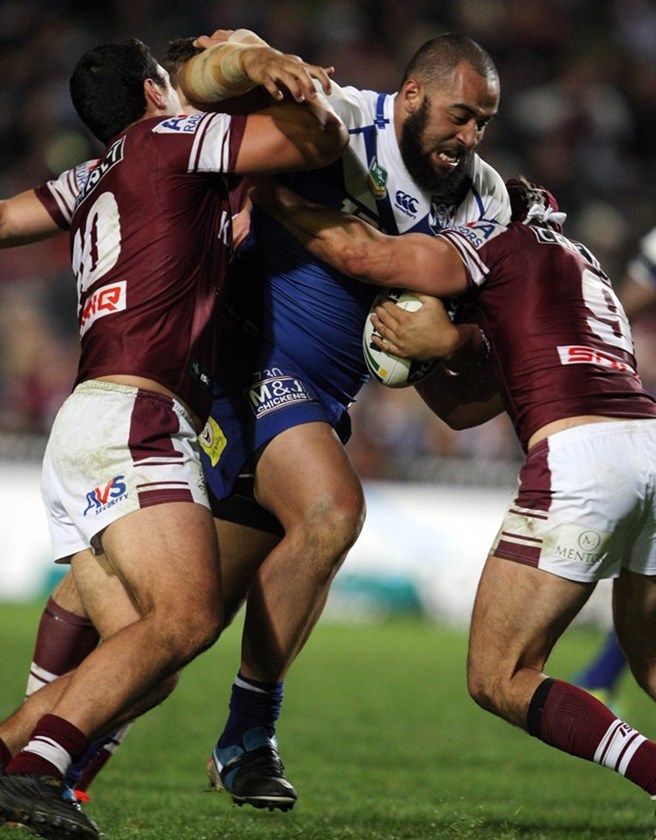 Round 14, 2013 – Kasiano played his 50th NRL game for the Bulldogs against the Manly Sea Eagles at Brookvale Oval. The forward started from the bench in the Bulldogs 32-30 win after Trent Hodkinson kicked a match winning penalty goal in golden point extra time. 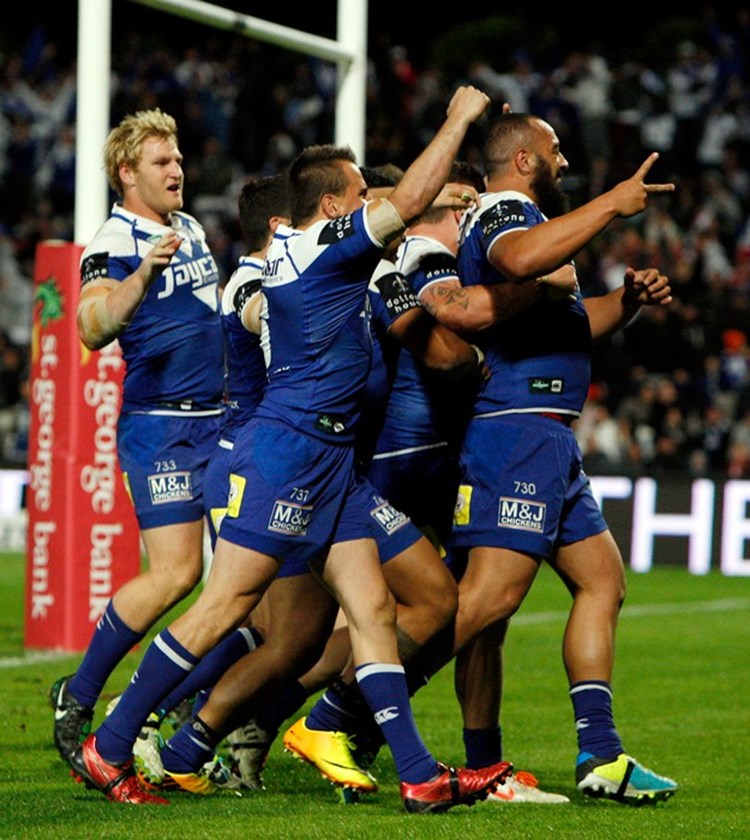 Round 21, 2013 – Kasiano was at his devastating best against the St George Illawarra Dragons when he scored his first career double at Kogarah Oval in the Bulldogs 39-20 win on Monday August 5, 2013. Kasiano started from the bench and provided plenty of impact with two tries. Teammate Tony Williams also scored two tries. Round 18, 2014 – Kasiano carried three Melbourne Storm defenders over the try line to score the only Bulldogs try in their 6-4 win over the Storm at AAMI Park. Sam started in the front row in jersey number eight with his try coming in the early stages of the second half. His try and the win broke a seven-game losing streak for the club in Melbourne. 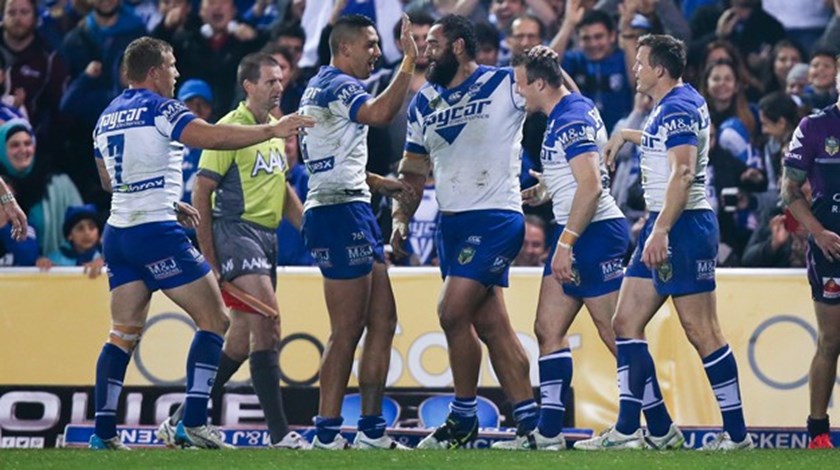 Round 16, 2015 – The Bulldogs made the long awaited return to Belmore with an impressive 20-4 win over the Melbourne Storm and it was a moment early in the second half that everyone applauding. The world's biggest dummy-half, Sam Kasiano, looped a pass for Josh Morris to score a try in the south east corner to bring the sell-out crowd to their feet. 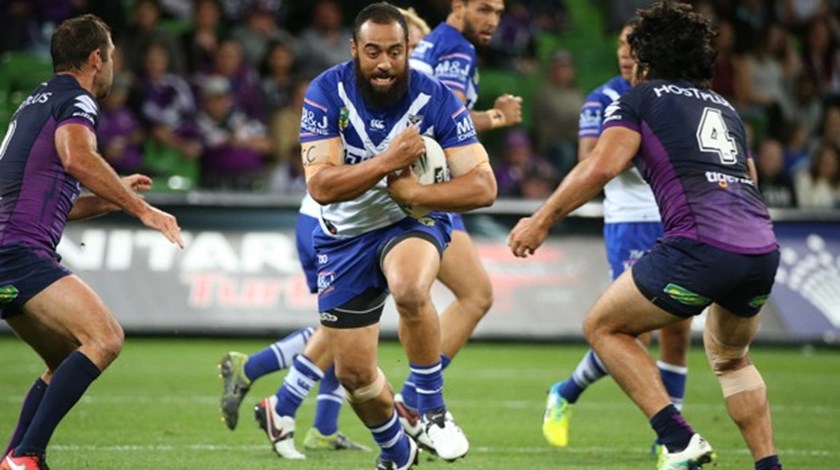 Round 6, 2016 – Kasiano celebrated game 100 against the Melbourne Storm in Melbourne. He started from the bench and the Bulldogs won 18-12. 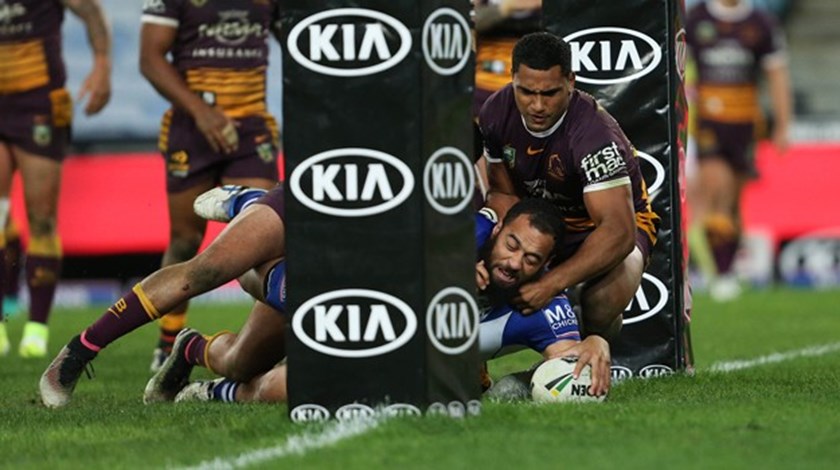 Round 16, 2016 – Kasiano scored two tries in the Bulldogs 40-14 thumping of the Brisbane Broncos. His first try was a spectacular slam dunking effort that saw the prop forward turn superman to leap over three defenders from dummy half to score and his second came with three minutes left on the clock when he accepted a pass from Craig Garvey close to the line and crashed through the Broncos defence.

Round 18, 2017 – Kasiano played his final game at Belmore Sports Ground in Bulldogs colours on Sunday July, 9 against the Newcastle Knights. The Samoan International started at lock in the club’s 20-18 victory. The talented forward was super impressive along with Raymond Faitala-Marnier. Round 26, 2017 – After seven NRL seasons with the Canterbury Bankstown Bulldogs, Kasiano will play his final game for the blue and whites this Sunday against the St George Illawarra Dragons at ANZ Stadium. A popular player amongst our members and fans, the prop forward will say farewell to the Bulldogs supporters this weekend.

Make the most of our father's day special!