In the lead up to the Special Olympics Cup this Thursday night at ANZ Stadium, the Bulldogs played host to some very special athletes at Belmore Sports Ground on Sunday.

The Special Olympics Cup will be the sixth match between the two sides and it signifies an important partnership between the Bulldogs, Rabbitohs and Special Olympics Australia in providing a platform for thousands of Australians with an intellectual disability to reach their personal best, both on and off the sporting field. 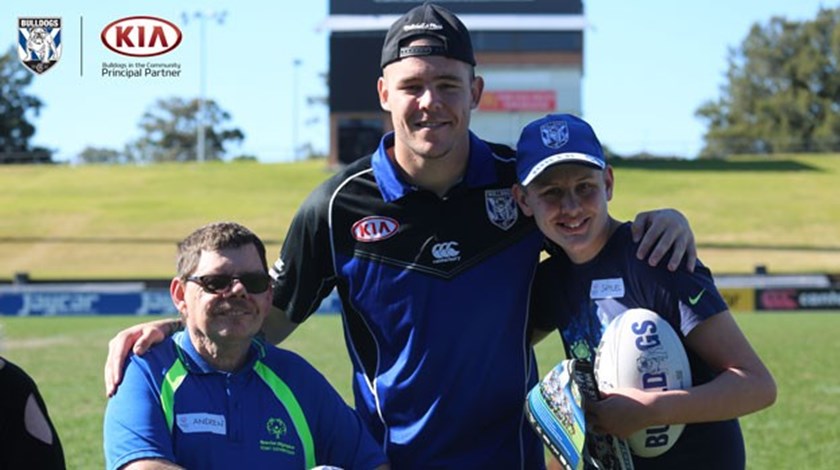 Around a dozen participants spent Sunday afternoon rubbing shoulders with Bulldogs players, posing for photos, getting autographs and participating in a number of drills with their heroes, before finishing the day with a 50m race.

The Special Olympics athletes launched themselves at tackle bags, took on agility courses, had a pass the ball challenge and most of all had fun with Bulldogs players. Adam Elliott, appointed the club’s ambassador for Special Olympics Australia, says any chance to make a difference in the community is a joy for the players:

“I know the entire playing group really enjoyed the day. It’s great for us to break up our training day and it really does bring a lot of joy to the boys to take part in a day like we did,” said Elliott.

The day is an annual event and it gives the athletes an opportunity to feel included in everyday life.

“Having days like this makes the Special Olympic athletes feel involved and included in everyday sports. The athletes do have talents and it was great to see them participate with the players. The athletes would have had plenty of fun with the boys and I’m sure they will take away plenty of good memories,” added Elliott. 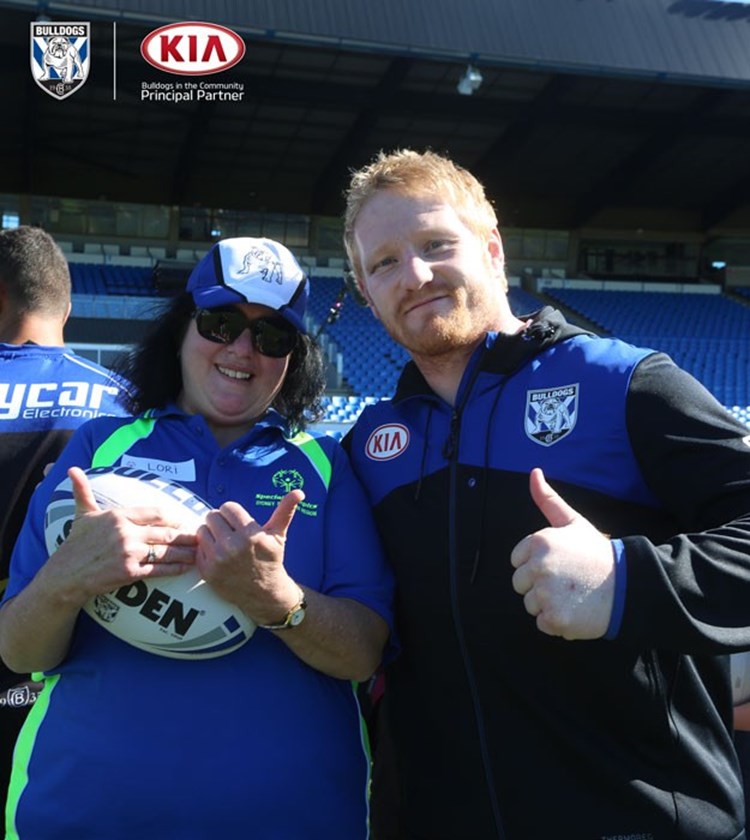 To learn more about Special Olympics Australia or if you are interested in getting involved please click HERE and to raise awareness of their achievements.

Presented By Kia 3 days ago