The Canterbury-Bankstown Bulldogs NYC team has defeated the Parramatta Eels 26-18 at ANZ Stadium.

The Dogs claimed their fifth victory of the season after scoring five tries to four in an impressive performance on Thursday night.

The Bulldogs were first to score in the 10th minute when a backline play to their right found centre Morgan Harper in space who was able to tip onto his winger Kiko Manu to cross out wide. The conversion was waved away and the visitors led 4-0.

The Bulldogs were in again when Adam Keighran turned defence into attack. The left centre collected a high ball from the Eels and raced 70m down field to score next to the post. Keighran converted his own try and the lead was out to ten.

The home side gained momentum and in the 24th minute left centre Noel Aukafolau split the Bulldogs defence to score the Eels first try. Halfback Joseph Taipari converted and the lead was cut to four.

The Eels were in again when Winger Greg Leleisiuau crossed out wide thanks to short side play. The kick was waved away and the scores were locked at 10 all.

Just when it looked like the scores would remain level at the break, the home side grabbed their third try with 30 seconds remaining in the first half through fullback Antony Layhoun. The conversion was unsuccessful and the Eels led 14-10 at the break.

The visitors were first to score in the second half after a repeat set on the Eels line saw the Bulldogs shift the ball to their left to find winger Cameron Scott in space and score out wide. Keighran converted from the sideline and the Bulldogs regained the lead, 16-14.

The Eels regained the lead in the 64th minute after centre Emosi Alamoti scored to give the home side an 18-16 lead.

The game went from end to end before the Bulldogs went down their right side and a line break from Kiko Manu resulted in the winger scoring in the corner and grabbing his second for the match. Keighran’s kick was waved away and the Bulldogs were in front by two, 20-18.

The Eels went close to scoring in the 73rd minute, but thanks to some desperate defence from the Bulldogs on their try line, they were able to hold the ball runner up over the line and force a turnover.

The Bulldogs sealed the win thanks to a cross field kick from Brandon Wakeham which found winger Manu who was able to break the Eels defence and offload to centre Morgan Harper to score. Keighran added the extras to give the Bulldogs a 26-18 victory.

Join us at BELMORE for our clash with the KNIGHTS! 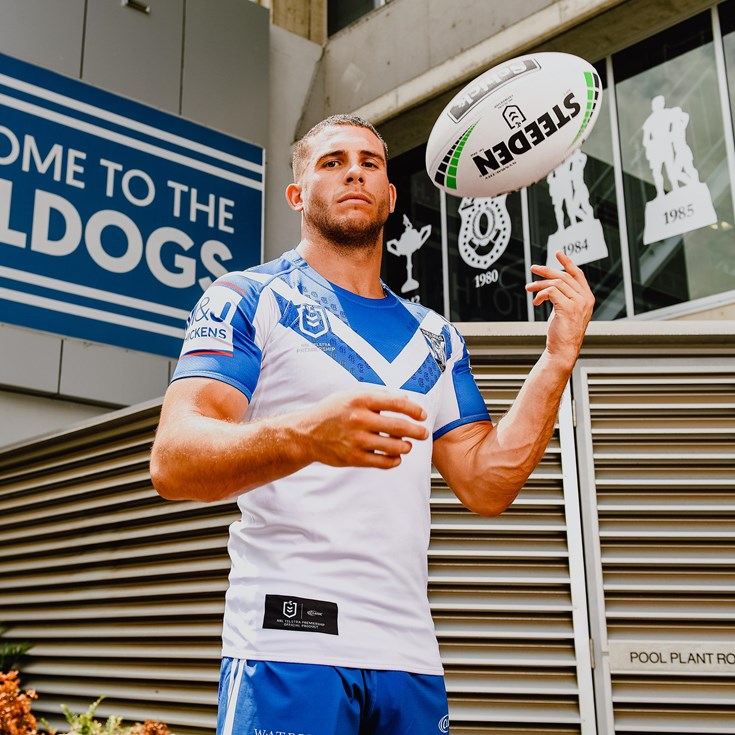 May 28: ARL Commission announces date for NRL to restart

Professional approach: Players will be ready to go - Newton