Chase Stanley has spent more time in the rehab room than on the field throughout his 11 seasons in the NRL, but despite the constant setbacks, there was never a point in time when he thought about quitting the game he loves.

The 28-year-old has had a luckless career since making his debut for the Dragons in 2007, with Stanley suffering several shoulder injuries, two ACL tears and an emotionally-taxing hamstring injury last year in what was his 100th game in first grade.

If that wasn't bad enough, the Bulldogs centre's season came to a premature end when he tore his ACL against the Wests Tigers in reserve grade, leading some to question whether we had seen the last of the former Kiwi international.

Instead of focussing on the negatives, Stanley put all his energy into his rehab and defied the odds to get back on the footy field in the Intrust Super Premiership, and after just two games playing reserve grade, received a call from Bulldogs coach Des Hasler informing him that he was in the NRL squad for the Queens's Birthday clash against the Dragons.

"I never thought about retiring… that never came across my mind. The day I stop loving the game is the day I retire so I'll keep fighting," - Chase Stanley

"I never thought about retiring… that never came across my mind. The day I stop loving the game is the day I retire so I'll keep fighting," Stanley said after his side's 16-2 win.

"To get back in the top side was a bit emotional for me and my family. I was willing to take it with two hands so I just wanted to do my best for the boys and get that first game out of the way.

"Getting through unscathed was good, but to get the win was even better with the boys."

Watching from the sidelines as your teammates run around can be a tough place for recovering players, but Stanley thanked his family and the club for helping him get through the past 12 months.

"Sometimes you come in and you're pegged down, but the boys and the staff here have been great over the last year or so making sure I'm all good. I'm just doing my best to get my fitness up to get back out there to help the boys.

"All the training that I've been doing sort of helped me mentally. I had a chat with some people before I played my first Cup game a couple of weeks ago so that helped me too.

"I know it's hard but you've got to put it behind you and try not to think about it otherwise it overcomes you. I just wanted to get the first carry out of the way and the rest after that was sweet.

"My partner, my kids and my family; you come back after training and they take your mind off all that kind of stuff. They've been a massive part of my comeback – with the club as well – so I'm very grateful."

Having helped his side to a drought-breaking win on Monday, Stanley just wants to stay on the field – no matter which grade – and put his wretched run of injuries behind him.

"I'm just looking to play consistent footy. Whether it's here or [in the ISP] I'm just happy to be on the pitch. I'm happy to just keep playing consistent footy; that's all I want to do," he said.

"I want to put all that stuff behind me – the injuries and that – so I keep my focus going forward.

"We've got a great squad here so I was willing to do my time in Cup before anything happened. Des gave me a call up which was surprising, but I'll take it with both hands." 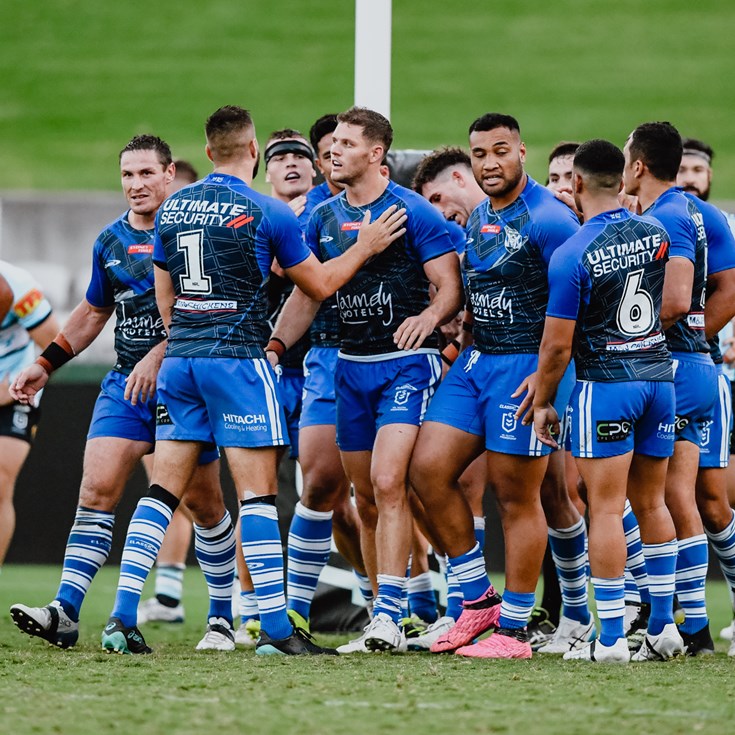