Take a look back at the milestones for Brett Morris along his way to 200 NRL games. Round 9, 2006 – Morris makes his first grade debut at the age of 19 for the St George Illawarra Dragons against the Cronulla Sharks at Shark Park on the wing wearing the number 18 jersey. The Dragons are defeated by the Sharks, 30-12. Round 9, 2009 – Morris playing his 44th career game scored four tries for the Dragons on the wing against the North Queensland Cowboys in Townsville, but the visitors were beaten by the home-side, 24-20. 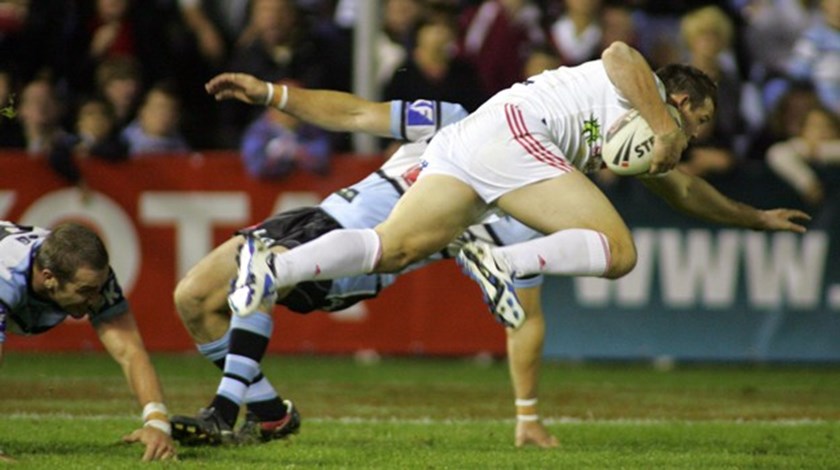 Round 11, 2009 – Morris scored his first career hat-trick against the Cronulla Sharks at Shark Park on the wing. The Dragons won 26-4. Round 16, 2009 – Morris played his 50th NRL game for the Dragons at the Sydney Football Stadium against the Wests Tigers on the wing. The Dragons won 21-10 and the speedster crossed for a try. Morris was a member of the St George Illawarra Dragons side that defeated the Sydney Roosters 32-8 to claim the NRL premiership. The Dragons finished the year as minor premiers and premiers. Morris finished the year with 20 tries. Round 20, 2011 – Morris celebrated game 100 against the Canberra Raiders in the nation’s capital. The Dragons went down to the home-side by five points, but Morris did manage to score a four-pointer. Round 25, 2013 – Morris registered game 150 against the Parramatta Eels, but unfortunately the Dragons went down 26-22. Semi Radradra and Fuifui Moimoi scored doubles for the Eels. 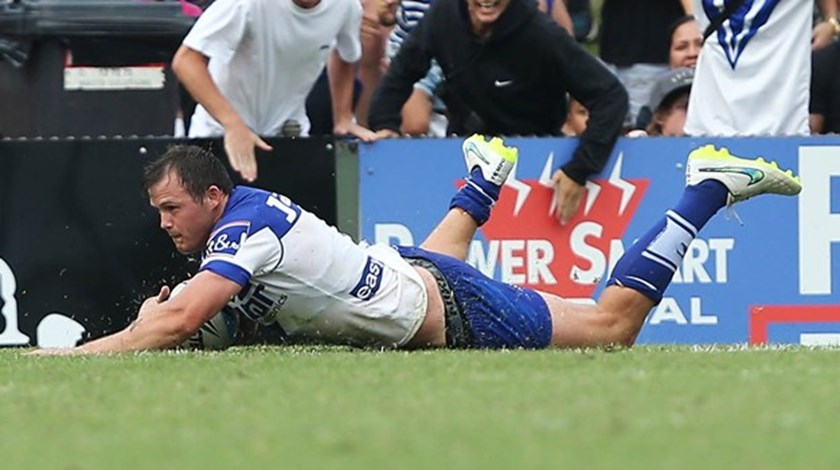 Round 1, 2015 – Morris joins the Bulldogs from the Dragons and plays his 170th career game against the Penrith Panthers in the opening round of the 2015 season in the fullback position. Morris scores a try in the Bulldogs six point loss to the Panthers. Round 2, 2015 – Morris scores two tries against the Parramatta Eels in the second round of the 2015 season in the fullback position and leads the Bulldogs to a 32-12 win over the arch rivals. 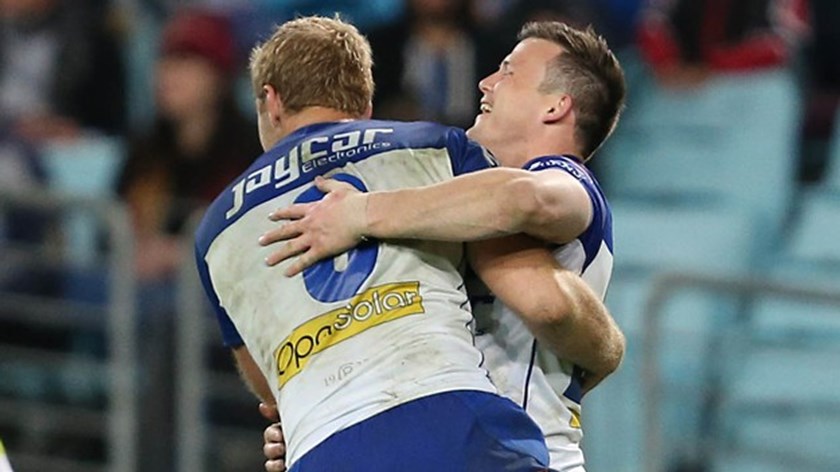 Round 16, 2016 – Morris makes his long awaited return to the game after a serious knee injury sidelined him for the first four months of the 2016 season. Wearing the number 23 jersey and playing his 186th career game, the winger crosses for three tries to star in the Bulldogs 40-14 win over the Brisbane Broncos at ANZ Stadium. 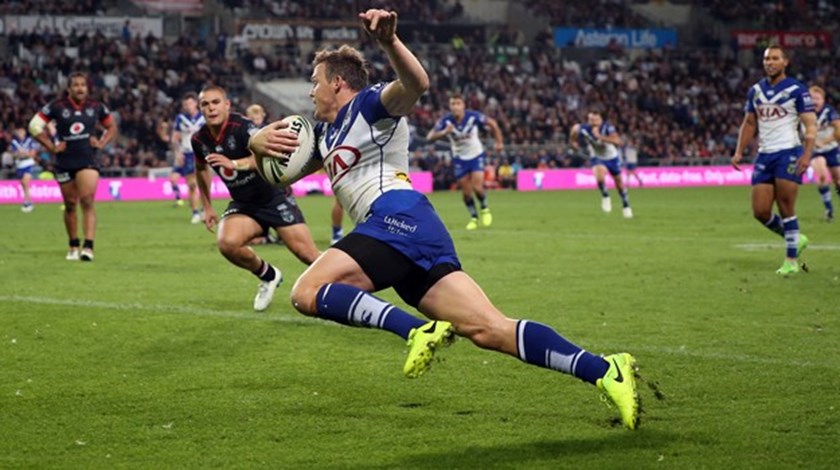 Round 3, 2017 – Morris plays his 199th career game against the New Zealand Warriors in Dunedin. The experienced Morris plays a starring role with two tries, including the match winner and a number of great defensive plays to help the Bulldogs to their first victory of the 2017 season. Round 4, 2017 - This week’s clash against the Manly Sea Eagles at Lottoland will mark a historic achievement, as Morris marches out for his 200th NRL game. Morris will join his twin Brother Josh to reach the 200 game milestone and they will be the second set of twins to reach the mark. Brothers Kerrod and Kevin Walters were the first.