One of the most exciting weekends on the NRL calendar is here again.

The NRL.com writers have their say on which teams they expect to perform and the players to keep an eye on at Eden Park across the two-day tournament.

Who will win the 2017 Downer NRL Auckland Nines?

Tony Webeck: It has nothing to do with where I live but I think we're headed for a repeat of the inaugural 2014 Auckland Nines final where the Cowboys met the Broncos, and again I think the Cowboys will prevail. The trend in recent years is that teams faring well in the Telstra Premiership transfer that to the Nines arena and there is a scary amount of talent in that Cowboys squad that should easily account for other teams in the Hunua Pool. My smoky is a young but incredibly talented Storm team. There's an amazing amount of football in the likes of Cameron Munster, Curtis Scott, Brodie Croft, Jake Turpin and Ryley Jacks.

Martin Gabor: If you had asked me at the start of the week I would have tipped the Rabbitohs. But the loss of star halfback Adam Reynolds brought them back to the field. And then the Cowboys named perhaps the strongest Nines team we've ever seen. So for that reason, North Queensland will take home the trophy for the second time with a 23-12 win over the Eels in the final.

Andrew Bryan: Brisbane have what looks like the strongest team on paper. Benji Marshall, Anthony Milford, James Roberts and Darius Boyd should thrive in the Nines environment. They should get out of their pool and into the finals at the very least, but as we've seen there are no guarantees at the Nines. The Cowboys also on paper look capable of becoming the first team to win the trophy twice.

Dominic Brock: I was going to go with local favourites the Warriors, who finally won't be playing this tournament with the burden of expectation, but with Shaun Johnson expected to get limited game time this year I'll go with the obvious choice – a ridiculously strong Cowboys side. They've won a Nines tournament already, have some serious young talent in the form of Kalyn Ponga, Gideon Gela-Mosby, Kyle Feldt and Javid Bowen, and are led by current rep stars Johnathan Thurston, Jason Taumalolo, Michael Morgan, Justin O'Neill and Gavin Cooper. They're a class above the pack, on paper at least.

Chris Kennedy: Looking at the squads it's very hard to go past the Cowboys and their star-studded team. Plenty of their big names are suited to the Nines format and you throw in youngsters like Ponga and Gela-Mosby, they'll do some damage. The Eels have also named a very strong squad once again and it's packed with players who will relish the Nines format.

Adrian McMurray: Souths looked a real chance before Reynolds' withdrawal but it's hard to look past the Broncos and Cowboys, who might not meet until the final. Both squads look outrageously good.

Which teams will surprise?

Tony Webeck: Although there are a number of big names missing there is a enough young talent with NRL experience in the Roosters squad to push the Cowboys and perhaps cause an upset in the quarter-final stage. Although they lack a playmaker with NRL experience and are in a tough pool with the Eels and Warriors, the Dragons have enough speed and mobility in the forwards to spring a surprise or two.

Martin Gabor: If they can get out of what looks to be a very tough pool, I think the Dragons have the attacking weapons to do some damage. The Red V have named plenty of talented outside backs, while their forwards can bend the line back and also ball play if need be. For those same reasons, don't be shocked to see the Roosters make the knockout stage.

Andrew Bryan: The Waiheke Pool is the hardest for me to pick a winner, so I think the surprise will come out of that pool. Perhaps the Bulldogs or the Titans could make a run through the competition.

Dominic Brock: The Dragons have some very solid forwards in Jack de Belin, Tariq Sims, Joel Thompson and Luciano Leilua plus a couple of halves who are potentially playing for an NRL spot in Shaun Nona and Jai Field. Forwards and halves matter in Nines – it's not just a battle of the outside backs. They're up against home town favourites the Warriors and reigning champs Parramatta in the group stage but they could finally break their duck and reach the Nines knockouts for the first time.

Chris Kennedy: I don't mind the look of the Dragons squad. It's light on for senior playmakers and all previous winners have had a top-line half with a brilliant kicking game. But other than that they've got some talented all-rounders in Nona, Mann, Dufty, etc and those guys plus De Belin, Sims and Leilua could help them bank more wins than people expect. The Roosters also have a balanced squad with some pacey playmakers like Watson, some of the most dangerous backs going around and some really good forwards all making the trip.

Adrian McMurray: Newcastle have named a reasonable squad and are every chance of getting out of their group. With Jamie Buhrer and Ken Sio to get their first run in Knights colours, this tournament could provide their young squad the chance to shake off the disappointment of 2016 and start to rediscover that winning feeling, even if it is in the Nines format.

Who are the players to watch?

Tony Webeck: Johnathan Thurston? Jarryd Hayne? Ruben Wiki? Who doesn't want to see these legends of the game take to the Nines arena for the first time? But for the youngsters preparing to take the step up into the big leagues I'm really keen to see the likes of Tyrell Fuimaono, Gehamat Shibasaki and Curtis Scott.

Martin Gabor: Shaun Johnson, Jarryd Hayne and Johnathan Thurston are the obvious answers. So I'll say Matt Dufty. He deserves a shot in first grade and if he can perform well in the Nines then his form might be too hard to ignore for the Dragons' coaching staff. Adam Reynolds and Blake Green have shown in the past how important a good kicking game is in this format, so look to Nathan Cleary to show off his wide array of skills with the boot. Oh and Anthony Milford might just make a couple of highlight reels.

Andrew Bryan: The no-brainers are Shaun Johnson, Corey Norman, Anthony Milford, Benji Marshall, Jarryd Hayne and Johnathan Thurston. Josh Addo-Carr could also do some damage if the Storm get out of the pool stage.

Dominic Brock: Corey Norman was brilliant last year and should be again, Josh Addo-Carr and Akuila Uate should quickly become try-scoring weapons at their new clubs, Kalyn Ponga is a livewire playing in a brilliant Cowboys backline, Benji Marshall and Anthony Milford will be an intriguing combo for the Broncos, while Kane Elgey will make a long-awaited comeback for the Titans. Oh, and Ruben Wiki.

Adrian McMurray: Of course Hayne, Thurston and Johnson are likely to generate the headlines but I'm looking forward to seeing what big men Martin Taupau, Jason Taumalolo, David Klemmer and Sam Kasiano will produce. Anthony Milford could lead the Broncos all the way, while Jai Field, Matt Dufty, Nick Cotric, Gideon Gela-Mosby, Joe Stimson, Marcelo Montoya and D'Rhys Miller look to be the pick of the rookies to keep an eye on.

Tony Webeck: Gideon Gela-Mosby. The Cowboys will definitely go deep in the tournament and if this kid gets into any space no one will catch him.

Martin Gabor: Gideon Gela-Mosby and Bevan French will duke it out for top billing, but if you want a roughie then look no further than Josh Addo-Carr. He'll be keen to impress on his Storm debut and should have no problems finding the line with his speed.

Andrew Bryan: Bevan French. I expect the Eels to do well and French will be in the thick of the action.

Chris Kennedy: It will probably be someone who plays more games, so given my above tips I'll take French and Gela-Mosby to duke it out. 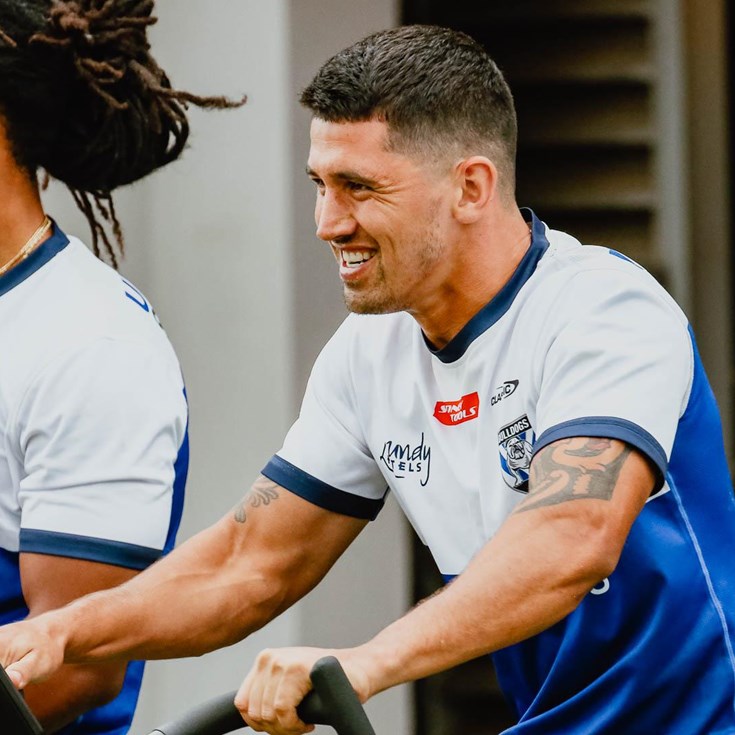 6 hours ago
Coming Up