November 25 is White Ribbon Day – a campaign aimed at raising awareness of and preventing violence against women.

The campaign began in Toronto, Canada when a group of men started the White Ribbon organisation.

One of those men was Dr Michael Kaufman, who is currently in Australia to raise awareness about the impact of men’s violence against women in children dropped into the Bulldogs to speak to the club about the campaign. 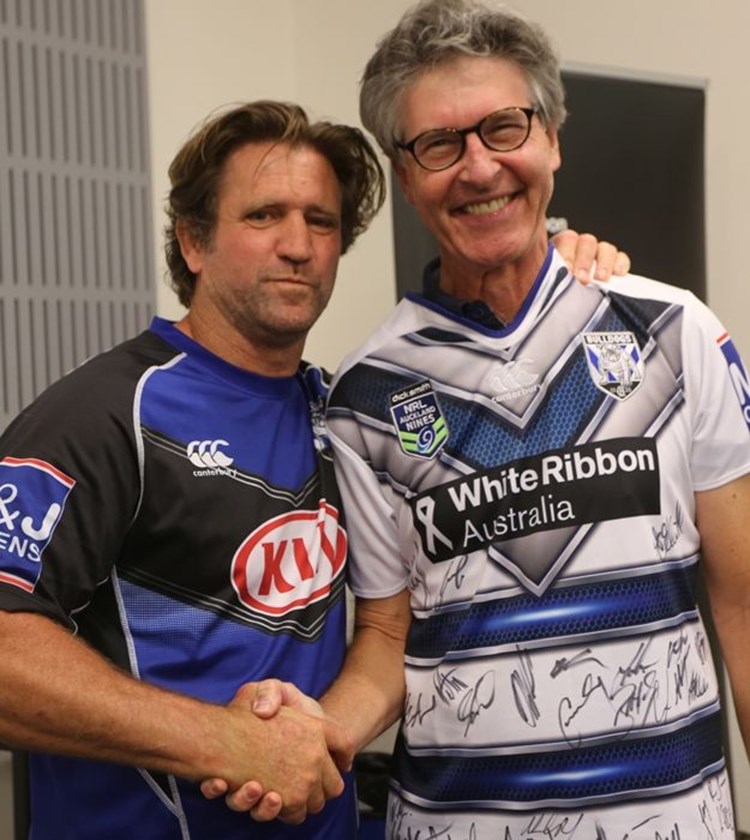 “I started the campaign because I felt that women shouldn’t be alone and co-founded the campaign really out of love for the women in my life,” Kaufman said.

“I just felt there was a lot men could do and make a difference.

“It’s quite incredible to think the difference individuals can make and the ripples we can each create.”

The male-led movement known as White Ribbon, is now an international effort in over 57 countries, of men and boys working to end violence against women.

“I think there are big changes now. There are more men who are stepping forward and saying we can end this violence,” added Kaufman.

“Majority of men don’t use violence in our relationships, but most of us have been silent about the violence and because we are silent, we have allowed the violence to continue.

“It’s really important that men who are leaders in our community, speak out because it provides a model of the type of men we should be. 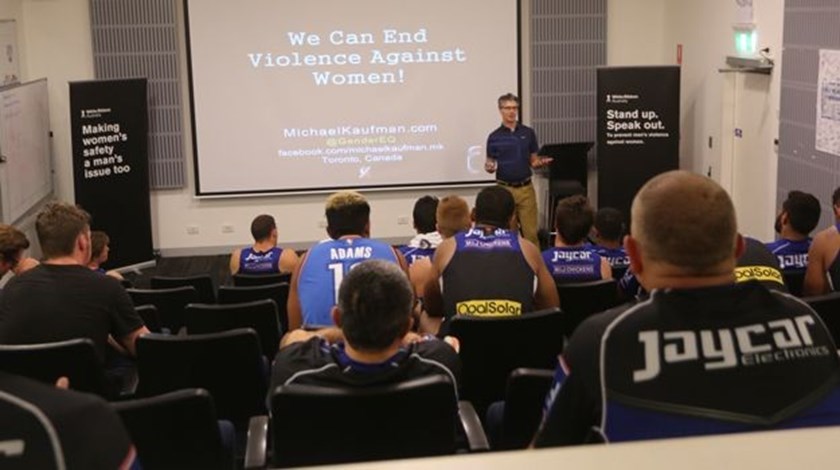 “As a sporting club continuing to speak out is really important, because men in the community look to their sporting heroes as role models,” said Kaufman.

The Bulldogs NRL squad will walk alongside Dr. Michael Kaufman at the Lakemba White Ribbon Day march, on this Friday.

Now in its fourth year, the November 25 event organised by Campsie police, is one of Australia’s biggest and draws crowds of up to 3000 people.

Members and fans are encouraged to join the White Ribbon Day Lakemba march which starts at Gillies St at 5.30pm, head along Haldon St and finish at Parry Park.