To the Bulldogs family,

I just wanted to let you all know that one of the Bulldogs’ greatest ever Club men and Life Member, Lloyd White, lost his battle to cancer this morning aged 85. A local junior, Lloyd had been involved with the Club in some capacity for 60 years – as a player, as a Member of the Board during the Super League years and for decades he has toiled with son Sean as the chief dressing room attendants. While many will be familiar with Sean’s face – leading the team onto the field, first on the field to congratulate them after a win, joining in victory songs - most won’t know Lloyd’s face so well because he was very much a behind the scenes man. But thanks to Lloyd, at least four generations of players have never wanted for a thing on game day.  Lloyd was unassuming, meticulous, reliable and was always able to anticipate every need of the players under his watch.  Only cancer could keep him away, and even then he put up a good fight – round 17 against the Roosters was his last day on duty for the Club. He made a formidable team with his son Sean.  Together they provided the grounding presence that inspires the humility at the very core of the Bulldogs culture.  Lloyd loved this Club and in return he was loved by everyone he touched.  He will be missed by us all and the Bulldogs Family send our deepest condolences to all the White family. 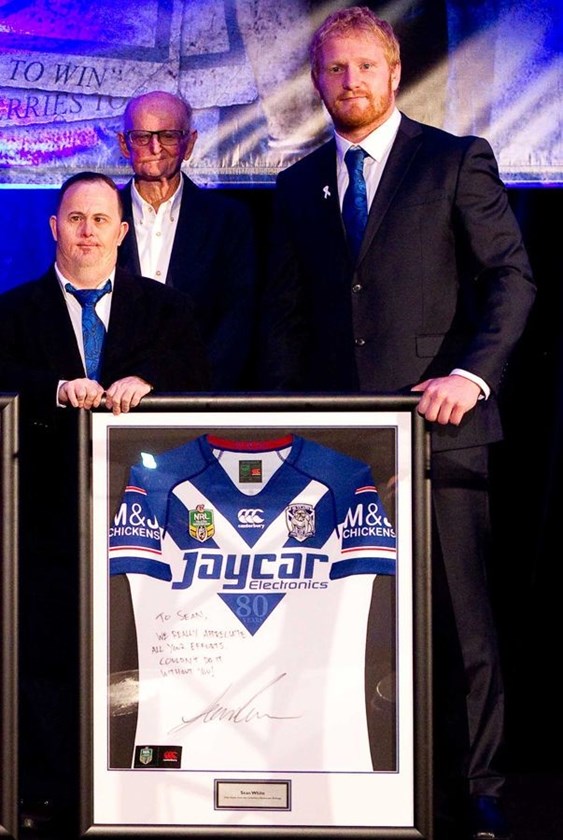 Lloyd White joined Canterbury in 1957 playing his initial game as a centre.

The brother of Jack and Laurie White, Lloyd played hooker and became a regular member of the reserve grade team for six seasons from 1958 to 1962.

He received the opportunity to play first grade when Fred Anderson was injured.

He finished his playing career by playing in the 1963 reserve grade Preliminary Final against South Sydney.

Flanagan converts off the Kiraz effort