The Rugby League World Cup 2017 announced the draw for the tournament to be co-hosted by Australia and New Zealand and Papua New Guinea on Tuesday.

Melbourne Rectangular Stadium will host a blockbuster opening match of the RLWC2017, when the home nation – the Kangaroos – begin their campaign under lights against England on Friday, October 27.

The following day the Kiwis first pool match will be played at the home of Rugby League in New Zealand – Auckland's Mt Smart Stadium – when they take on Pacific rivals Samoa.

Port Moresby will host the PNG Kumuls' three pool matches against two European Qualifiers and the USA. The first match is scheduled for Saturday, October 28 and in a country where Rugby League is the national sport, the passionate fans of PNG are sure to embrace the sport's pinnacle event.

The World Cup Final will be decided at Brisbane Stadium on Saturday December 2, as the two finalists battle it out for the right to hold aloft the Paul Barrière trophy and claim the title of World Champions.

RLWC2017 chief executive officer Michael Brown said the Organising Committee made a deliberate decision to take the Rugby League World Cup to more fans than any World Cup has done before.

"The Tournament Draw demonstrates how far and wide we are taking matches, from established Rugby League communities, to those new and emerging fan bases in all three countries," he said.

"Over the course of the pool stages we have looked to position matches in strong Rugby League communities and where large populations of ex-pats, Pacifica and indigenous fans live, to give those who love the sport and their national teams the chance to see some World Cup action.

"The decision to take matches to places like Darwin, Perth, Christchurch and Port Moresby were made with the future of the game in mind. They are matches we believe will give profile to the sport in markets that have already shown an appetite for rugby league."

The RLWC2017 Tournament Draw is family-friendly by intention, with all matches to be played across the weekend including Friday night games. There will be three double-headers in Cairns, Perth and Townsville, providing additional value for money for fans.

When not attending games, fans will experience some of the most iconic sporting destinations in the world. Sports enthusiasts will be able to explore the diversity of the eight host cities across Australia to New Zealand's compact nature that simplifies travel and makes it easy for visitors to access all venues while experiencing a variety of tourist attractions along the way. The welcome and hospitality supporters will receive when visiting all three host nations will make the RLWC2017 a bucket list item for sports fans worldwide.

"We not only want to see traditional rugby league fans come out to support their national team, we aim to engage with the local communities of all participating teams to deliver an event that will entertain the world, inspire communities and celebrate rugby league," continued Brown.

“Rugby league is truly a game for everyone. We hope the Rugby League World Cup 2017 leaves a legacy for the game that sees it continue to grow and dominate the sporting landscape."

With 11 teams already confirmed, the final three teams will come from the European Qualifying Tournament to be played in October and November this year.

The pool structure reflects that of the successful 2013 Tournament. The composition of the pools for RLWC2017 were shaped by a number of considerations, including the final placings from the 2013 World Cup and current world rankings 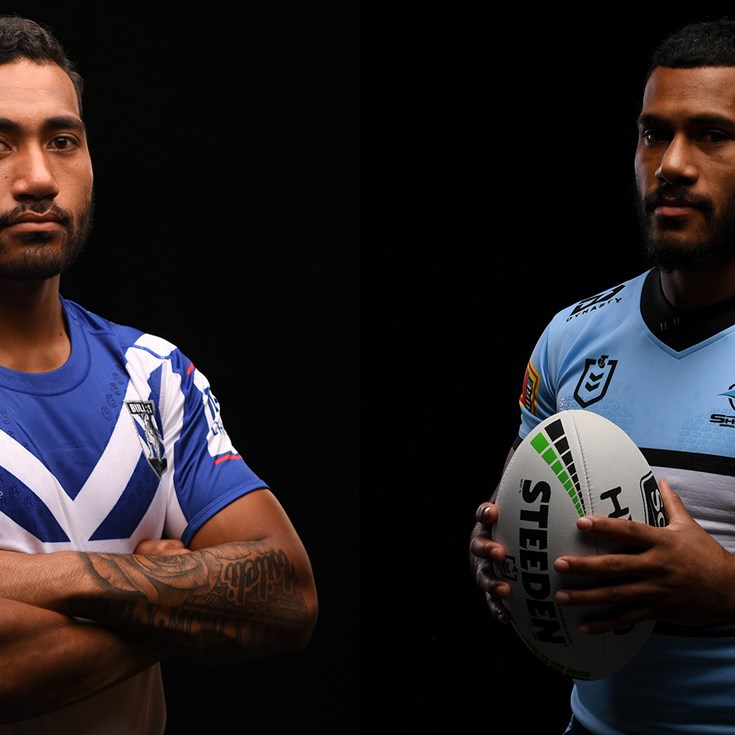 Katoa: He's the first person I turn to

Should the NRL expand?