New South Wales coach Laurie Daley holds no fears about a potential Queensland State of Origin clean sweep, just as long as his team finally lives up to its potential on Wednesday night.

Daley has handed Origin debuts to eight players this year – with Sharks back-rower Wade Graham and Wests Tigers fullback James Tedesco the next cabs off the rank for Origin III – and hopes they can play a crucial part in garnering some positives from the series.

Daley said a win over the Maroons on Wednesday night would hail a new era for the Blues, also confirming Jack Bird will get first crack at five-eighth ahead of the benched Matt Moylan.

"We have a lot of young guys who have been given their opportunities throughout the series so it's exciting times for them, and let's hope they show everyone what they're capable of doing," Daley said on Tuesday.

"For us, it's about going out there and playing some really good football – that's what we really want to do. We haven't played anywhere near our potential yet so that's the thing that excites me."

Daley said he wasn't going into the game nervous about his own position.

"There's a lot more people doing it a lot worse off than what I am at the moment," he said.

"I just want to make sure this team is prepared well which it has been and we go out there and have a real crack. If we do that then I'll accept whatever happens. This team is very capable of a lot more than what it has shown."

With Paul Gallen's 24th and final Origin game for the Blues the NSW skipper will overtake his coach to enter the top three most-capped Blues players of all-time, and Daley believes he'll leave a legacy "of giving his best".

"I don't think anyone could ever question that. He goes out there and leaves nothing in the tank," Daley said.

"He's been a true warrior through difficult times but he's aimed up every time he's pulled on a sky blue jersey which I think the boys appreciate.

"They know how much this game means to him personally and it'll be great for them to not only win for Gal but win for the state because it'll give everyone a great deal of optimism."

"I know he has those leadership qualities," Daley said of Woods in particular. "He demands respect and the guys follow him, which is important.

"Woodsy also has great communication skills and he's a guy that's never fazed so he'll certainly be a leading contender." 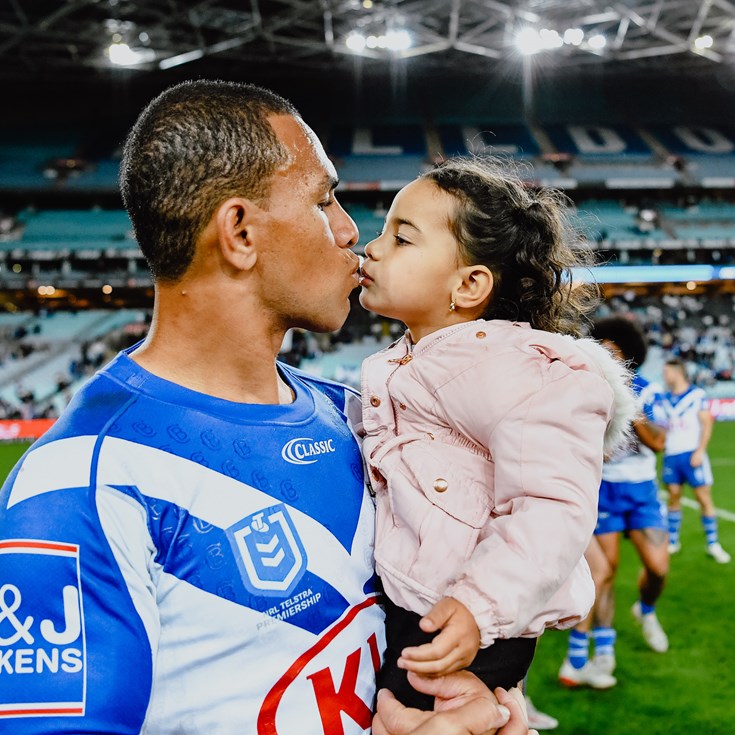