Take a look back at the milestones for Sam Perrett along his way to 250 NRL games. Round 15, 2004 – Perrett made his first grade debut at the age of 19 for the Sydney Roosters against the Newcastle Knights at the Sydney Football Stadium on the wing. The Roosters won 48-4. Round 23, 2006 – Perrett scored his first career hat-trick against the Penrith Panthers at Penrith Park on the wing. The Roosters won 40-20.

Round 6, 2008 – Perrett played his 50th NRL game for the Roosters at Grahame Park (Gosford) against the Newcastle Knights in the fullback position. The Roosters went down 34-20. 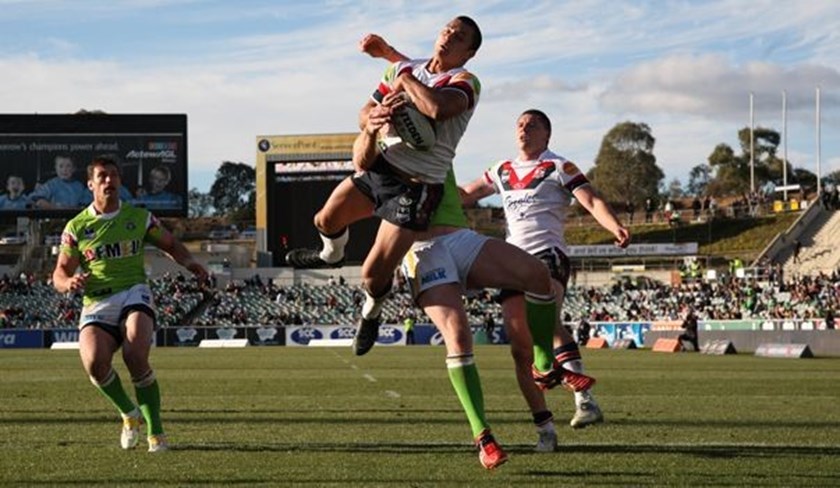 Round 6, 2010 – Perrett marked his 100th NRL match with a win against the Canberra Raiders. Perrett played on the wing and the former Raiders junior Todd Carney starred with two tries. The Roosters won 36-6. Perrett was a member of the Roosters Grand Final side that went down to the St George Illawarra Dragons 32-8. The Roosters finished the regular season in sixth position, while the Dragons finished as minor premiers before becoming premiers. Perrett finished the year with nine tries. 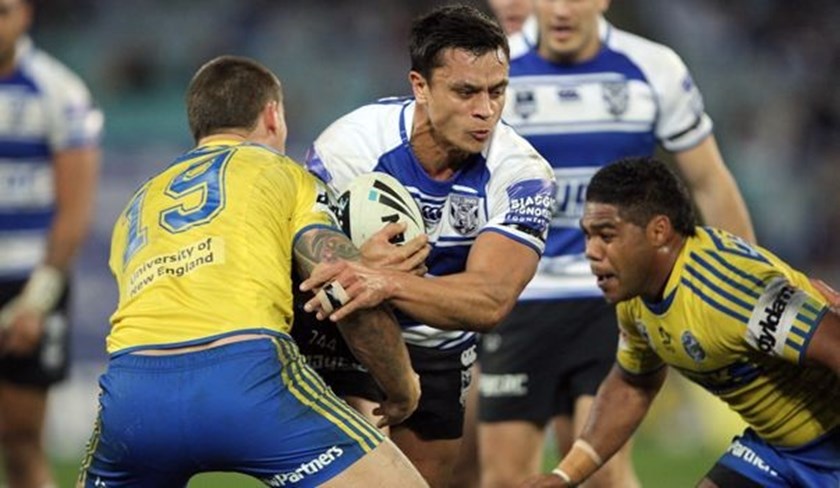 Round 19, 2012 – Perrett registered game 150 against the Parramatta Eels in his second outing for his new club the Bulldogs after 148 games for the Roosters. Perrett played on the wing and the Bulldogs won 32-12. Josh Morris and Jonathan Wright both scored doubles in the match. Round 18, 2013 – Playing on the wing, Perrett scored his first hat-trick for the Bulldogs against the Melbourne Storm at ANZ Stadium. Former Bulldog Mitch Brown scored a double and the Bulldogs won 39-0. 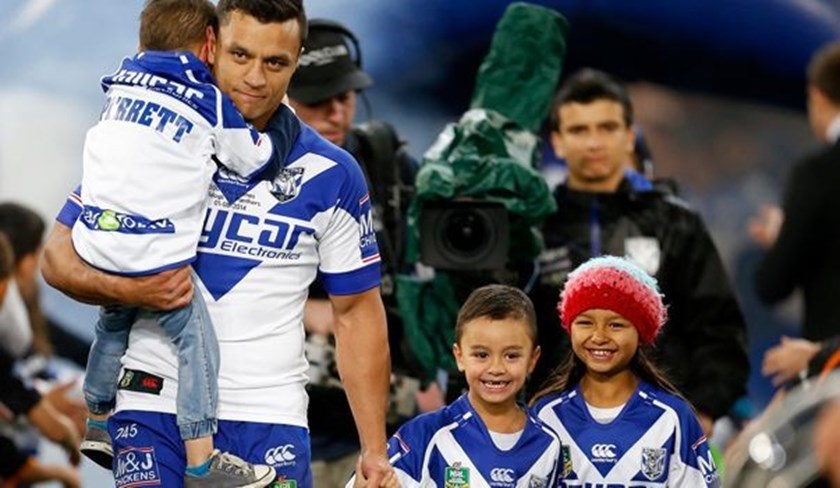 Round 21, 2014 – Perrett celebrated his 200th NRL match against the Penrith Panthers at ANZ Stadium. Playing in the fullback position, the Bulldogs were unable to stop the Panthers who won 22-16. Panthers hooker James Segeyaro scored a double. Perrett played a starring role in the Bulldogs one point golden point extra-time win over the Manly Sea-Eagles. Perrett scored a try in the opening 40 to help the Bulldogs to a 16-6 lead. Manly came back to level at 17 all, before Trent Hodkinson nailed a field goal to give the Bulldogs a 18-17 win at the Sydney Football Stadium. Perrett was the fullback for the Bulldogs in their 30-6 loss to the Rabbitohs. The Bulldogs were down 6 nil at half time, before the Rabbitohs ran away with the match ion the end. The Bulldogs finished the regular season in seventh position and did a wonderful job to reach the first weekend in October. 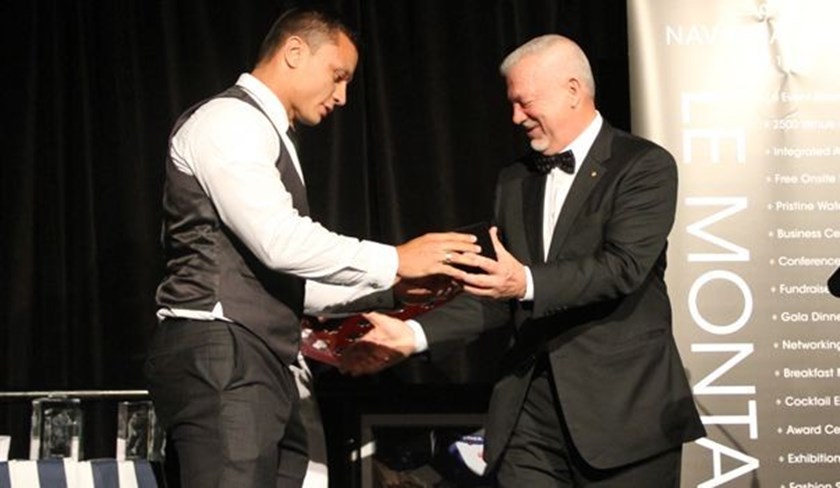 Perrett capped the 2014 season by winning the Dr George Peponis medal alongside James Graham as joint winners of the 2014 NRL Player of the Year. Perrett played 24 games, scored three tries, averaged 15 runs per game, 135.8m, had 84 tackle breaks, five line breaks, 10 offloads and five try-assists over the course of the year. Round 17, 2016 – This week’s clash against the Sydney Roosters at the Sydney Football Stadium will mark a historic achievement, as Perrett marches out for his 250th NRL game. Perrett will become the 102nd player in rugby league history to reach the milestone.