In a stop-start game littered with plenty of errors and ill-discipline, the Penrith Panthers have snapped a three-game losing streak, to record an important 16-12 win over Canterbury-Bankstown at Belmore Sports Ground.

Penrith’s win was built on a measured second-half performance that was built around maintaining possession that enabled debutant halfback Nathan Cleary’s kicking game to trouble the more experienced Will Hopoate, a late inclusion at fullback for the Bulldogs.

Cleary wasn’t the only debutant with Penrith, who have shown a propensity to blood Holden Cup players in previous seasons, giving their first starts at this level to fellow Junior Kangaroos, Dylan Edwards and Tyrone May.

The Panthers could have scored first early in the first half when Cleary’s first run of the game resulted in a line-break from halfway before the halfback was stopped short of the line before the opportunity to score on the next play went begging courtesy of a wayward cross-field kick.

The Bulldogs capitalised on Penrith’s early misfortune, scoring first in the 11th minute through Brad Abbey, after some repeat sets inside the Penrith half proved telling with Dane Chisholm’s cross-field kick finding the unmarked winger to score in the right corner, duly converted by the try-scorer.

The rest of the first half was nothing to write home about with both sides guilty of numerous errors and ill-discipline.

The Bulldogs were good for their 6-0 lead at half-time after the Panthers bombed golden point-scoring opportunities created by centres Will Smith and Waqa Blake through poor handling.

But the Panthers came out of the sheds after halftime with greater purpose and respect for possession and scored back-to-back tries in the opening ten minutes to take control of the game.

Cleary, who was looking more at home at this level, the longer the contest went had the vision to float a long pass to an unmarked George Jennings to score the first try in the 46th minute.

From the next set, a long line-break from Waqa Blake looked set to end after the centre threw a poor inside pass that went to ground but Corey Harawira-Naera showed incredible poise to keep play alive by toeing the ball ahead and regathering to score and with Hall’s conversion the Panthers led 10-6.

The Panthers on the back of Cleary’s kicking game, continued to starve Bulldogs of possession before extending their lead in the 67th minute when play went right before Will Smith put on a decisive step on a rushing Bulldogs defender that created the overlap for Jennings to score his second try of the match and with Hall’s conversion from the side-line kicking Penrith out to a 16-6 lead.

But the Bulldogs weren’t done with yet as they set up a grandstand finish courtesy of a fortuitous try to Chase Stanley in the 71st minute after an inside pass from Jarrod McInally appeared to travel forward but referee Jeff Hartup called play on and awarded the try which reduced the gap to four points.

The Bulldogs had one last chance when play spread right with Frawley put into space but his grubber kick intended for Brad Abbey instead found touch and the Panthers hung on for an important 16-12 win.

Penrith now have their second bye of the season next weekend, while Canterbury are back at Belmore Sports Ground once again next Saturday when they host an equally desperate Manly side. 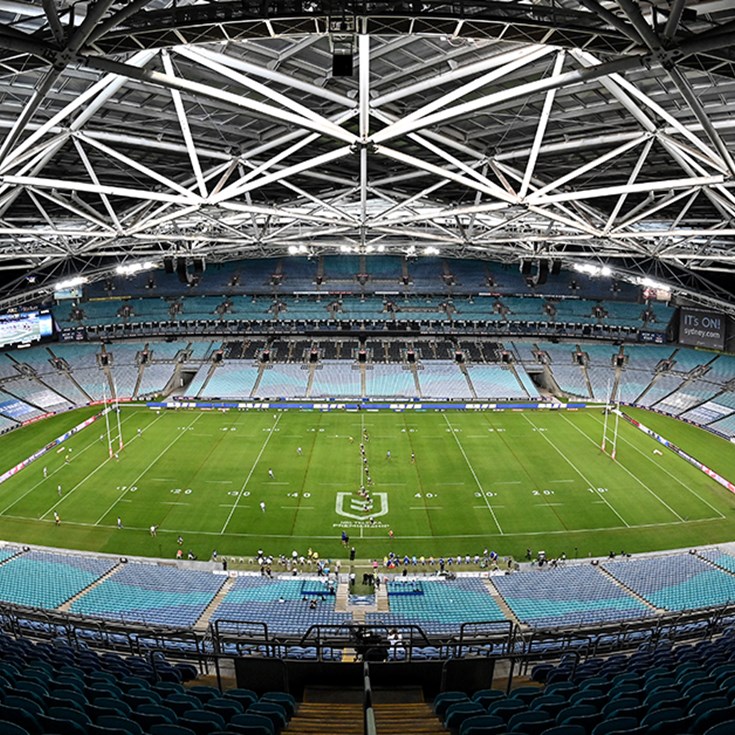