Round 10 of the NRL is Indigenous Round and bulldogs.com.au takes a look back at seven of the best Indigenous players to wear the blue and white. 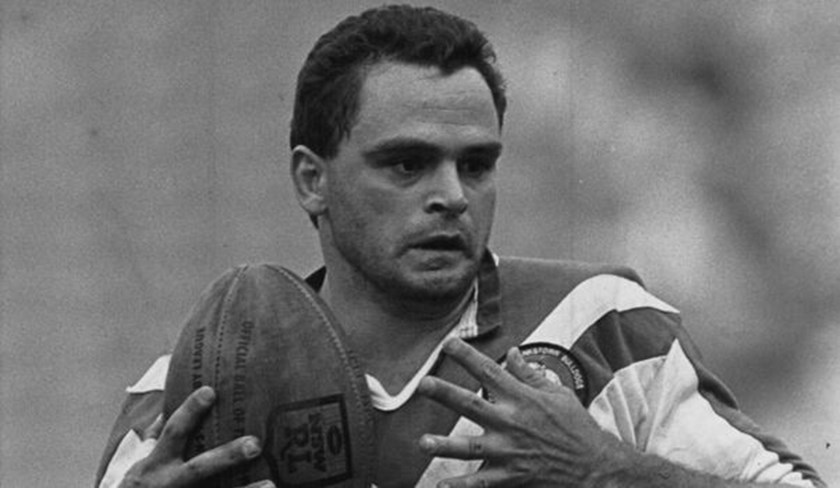 Currie joined the Bulldogs in 1986 from Queensland and became a regular centre in the first grade side in the 1988 season that saw him play in the premiership winning side that defeated the Balmain Tigers. He played 15 games for Queensland from 1982 to 1989 and played seven Tests for Australia from 1988 to 1989. Currie was also a member of the Australia team in their record 62-point win over Papua New Guinea. A world ranked junior athletics champion, Jamal Idris joined the Bulldogs from Forster at the end of 2007, before making his NRL debut in round 24 of the 2008 season. One of the most damaging runners of the ball, Idris walked away with the Dally M Rookie of the year in 2009, he was rewarded with his first Origin jersey in 2010 and his first test jersey in 2011 during his time at the Bulldogs. The talented centre was also chosen in the Indigenous All Stars side in 2011, as well as being named in the Dreamtime Team in 2008. A dashing Moree halfback who joined Canterbury in 1990, before going on to win the Rothmans Medal in 1991 and named RLW’s player of the year. A naturally gifted player with a great turn of pace, McGrady finished his career at the club with 60 appearances and 31 tries.

Joined the Bulldogs mid-season in 1995 from the Roosters, becoming the regular fullback and playing in the Premiership winning team against Manly. With his lethal step, Silva finished his career at the club in 2001 with 100 games, 52 tries, a premiership and was nominated for the Berries to Bulldogs 70 Year Team of Champions. Often referred to as rugby league's best player and arguably the greatest player to ever play the game. Thurston first made his name in the NRL in the blue and white when he joined the club in 2001. Although Thurston never cemented a starting position and only managed 29 matches throughout three seasons at the Bulldogs, Thurston capped his career at the Bulldogs with a premiership in 2004 after being called into the side due to an injury to Steve Price. An explosive centre who took the NRL by storm in season 2004 with 18 tries in his 27 appearances in the blue-and-white. Tonga played eight games for Parramatta as a centre before joining the Bulldogs in 2004. His career catapulted in that one year, earning State of Origin, winning the Dally m centre of the year, selection in the Australian team and a premiership. Tonga managed another four season at the club and finished his time in the blue and white with 37 tries from 81 appearances, before joining the Cowboys.

Burton ready to kick on for NSW Blues