Four players were charged by the NRL's Match Review Committee following the first five matches of Round 4 on the Easter long weekend.

James is the only player of the four who is facing a possible one-match ban as he has two prior non-similar offences in the past two years, which each carry 20 per cent loadings. James also has 27 carryover points from a prior offence. He could therefore miss the Round 5 derby against the Broncos.

Nuuausala, Stanley and Thompson can all escape bans by taking early guilty pleas, which have a 25 per cent discount on their respective charges.

All four clubs have until 12 noon Tuesday to enter a plea. 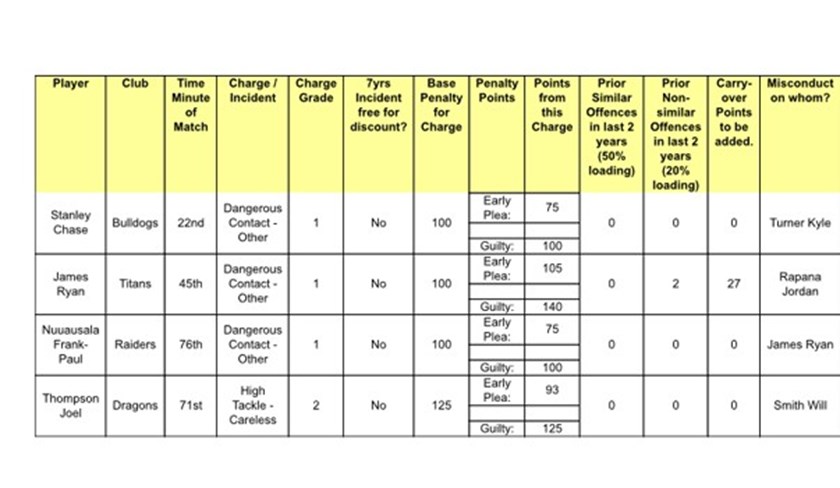