The NYC side have struggled this evening to turn opportunities into points with the Eels holding on for a 30-20 victory at ANZ stadium.

It took just six minutes for the pups to open their account with winger Marcelo Montoya crossing for the first four-pointer of the afternoon. Back to back penalties put the side in good field position and on just the second tackle, the winger cruised over. Zac Greene couldn’t convert from out wide with the score staying at 4-nil.

A smart inside ball brought about the next four points with fullback Josh Bergamin the benefactor who went in under the posts. Greene converted on this occasion with the lead extended out to 10-nil.

The Eels went in for the next three with Denzal Tonise scoring and winger Jermaine Mati-Leifi bagging a double. Mati-Leifi had the kicking duties and could only convert one of them with the Eels now leading 14-10.

Just three minutes before the break Jayden Okunbor crossed for the first of his two tries and with Greene unable to convert, the scores were level at 14-all at the break.

The second half saw Okunbor score a great team try that had the Bulldogs hit the lead. The try was converted with the score now 20-14.

It was the Eels who jumped back into the lead with back to back tries that saw them shoot out to a 28-18 lead.

A late penalty goal soaked up a bit of time and the Eels had held on for a 30-20 victory. 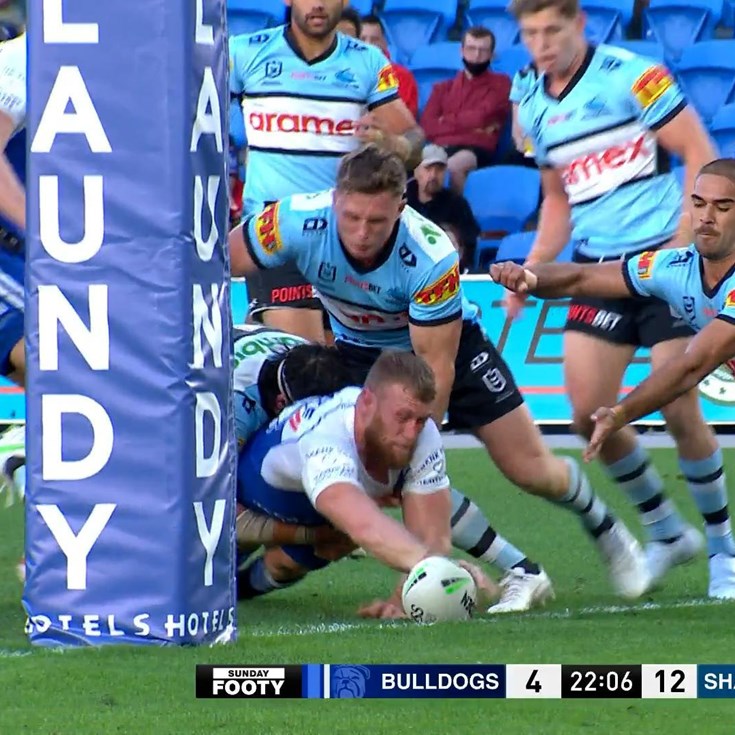