Bulldogs.com.au takes a look back at all the 18 jersey winners from season 2015.

18 Member – Patricia Yerbury – Member number 3994
Patricia has been following the club for nearly 70 years and signed up as a season ticket holder in 1984! She has spent a large part of her life travelling with her family to bulldogs home and away games. Not even a broken ankle has stopped her from coming to our games! 18 Member – Kristie-Lee Higgins – Member number 3013
Kristie-Lee attended her first Bulldogs game at the age of 2 and by 5 years old decided the Bulldogs would be her team for life. She has been in and out of hospital, having several operations over the past year, but she has still managed to come to almost every game and show her support for the team!

18 Member – Lisa Dunn – Member number – 2722
Lisa has supported the club from a young age and has been around for plethora of momentous occasion. She attended the 2004 and 2012 Grand finals, as well as Hazem and Bobat’s last games as a Bulldog. She bleeds blue and white and is one of our most passionate members! 18 Member – Jarrod Serwa – Member number – 4866
Jarrod was born into a family of loyal bulldogs supporters where he received his first bulldog’s jersey at the age of 1 from the well-known Peter Moore family. Jarrod has a condition similar to Cerebral Palsy and recently completed an 18.4 km trek to the top of Mount Kosciusko, managing to walk an amazing 3 kms unassisted.  At the top of the Mountain, Jarrod showed he was Born & Bred proudly wearing his Bulldogs jersey. 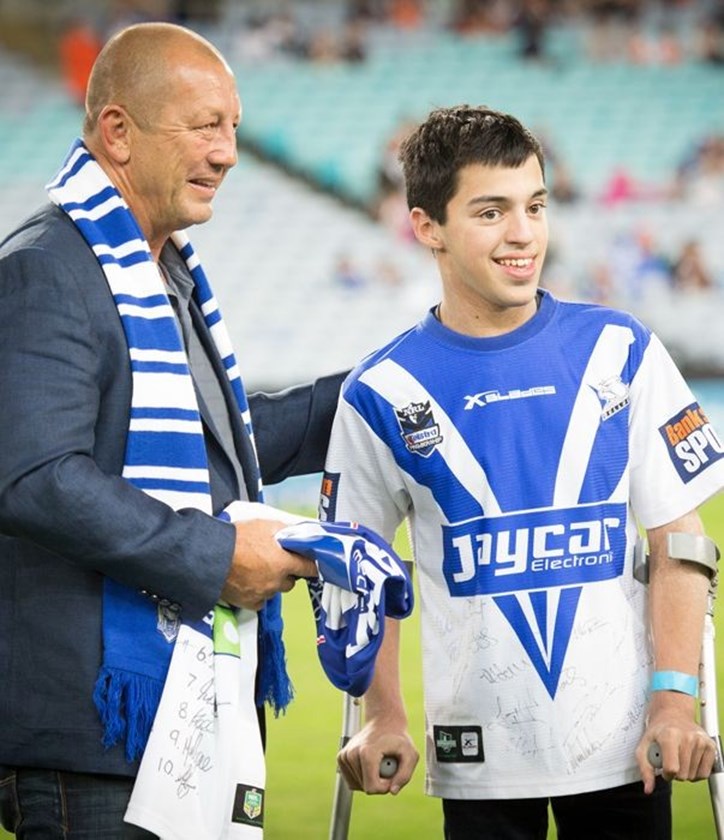 18 Member – Moody Hammoud – Member number – 4457
Moody is a fanatical Bulldogs supporter and has been a loyal Kennel member for many years. Not only does he travel interstate to support his beloved Bulldogs but Moody works extra hours to ensure the Kennel has a great atmosphere and even assist with making banners. 18 Member – Alan Hamblen – Member number – 2968
Alan has been a league fanatic and a Bulldogs member for more than 20 years and as a former school principal, he has done everything to encourage students and their families to be involved in football and support his beloved Bulldogs. Finally, Alan has coached a number of Bulldogs players at junior level! 18 Member – Carmen Gerges – Member number – 59244
Carmen has supported the mighty blue and white for more than 2 decades after her uncle brought her to Belmore Sportsground for her first Bulldogs match years ago. She renews her membership every year and has even flown to England to watch the team compete in the World Cup Challenge. 18 Member – Marie Finianos – Member number – 2825
Marie has been a Bulldogs member for nearly a decade and has been supporting the team since 1994. She is a diehard supporter, travelling all throughout NSW as well as interstate and overseas to watch the team play. She has made lifelong friends through the Club and is hoping for a Bulldogs win tonight. 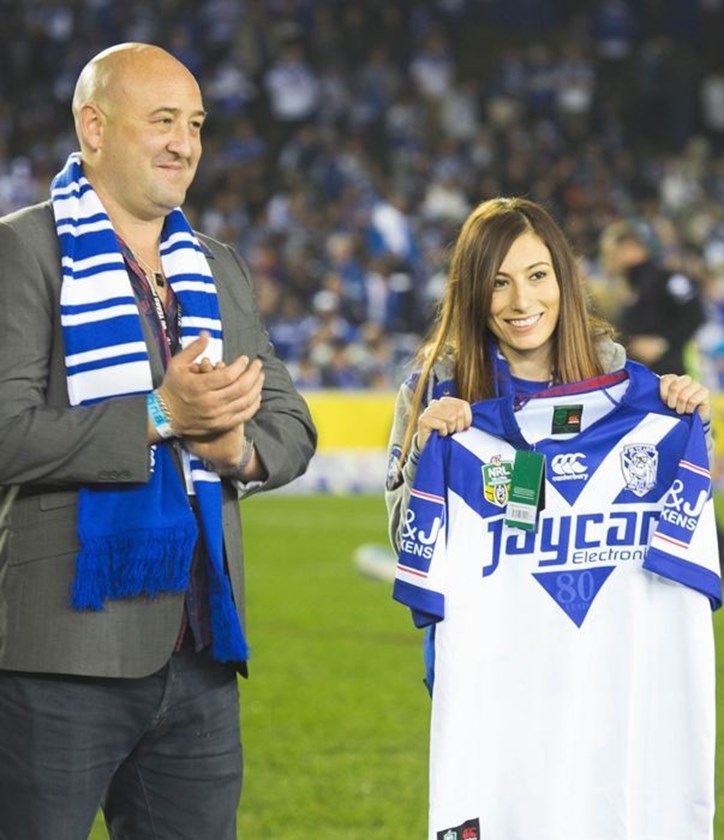 18 Member – Neil Gover – Member number – 2938
Neil has been a Bulldogs supporter for over 5 decades, much to the dismay of of family and friends as he grew up in Parramatta. He has converted many a family member and has fond memories of spending time at Belmore with his children. 18 Member – Anna Vergos – Member number – 3902
Anna personifies the Club motto of win, lose, or draw, always #proudtobeabulldog. She attends nearly every Club function, as well as all home and away games and her support extends right through to our NSW Cup side.
Anna always encourages people to support her beloved bulldogs and is a worth recipient of our prestigious 18 jersey. 18 Member – Alex Jaafar – Member number – 9090
Alex is one of our most passionate Bulldogs Members, making banners, travelling to interstate games and attending all member events. Alex bleeds blue and white and spreads the positive message about the Bulldogs every day through his fan Facebook page. Win, lose or draw, Alex’s passion for the Bulldogs never dies. 18 Member – Melissa Auld – Member number – 2337
She has been a Bulldogs supporter since birth and has travelled as far as Perth and New Zealand to support her team. Her favourite current player is Tim ‘Bullseye Browne’ and she also has a soft spot for Michael Ennis.