After 13 NRL games, young Bulldogs back-rower Shaun Lane is preparing to step up if Frank Pritchard is found guilty of a grade one dangerous contact charge on Dragon Gareth Widdop at the judiciary on Tuesday night.

While there is well over a 200-game gap between the experience of Pritchard and Lane, the 20-year-old said he wouldn't feel any extra pressure in taking Pritchard's starting spot if called upon.

"Every opportunity that I get I'd love to take and with Franky possibly being out – fingers crossed he won't be because obviously I want to win and I don't care about myself as much – but the last time we played the Roosters I started," Lane told NRL.com.

"I thought I played alright then so I hopefully I'll be able to do my best for the team if my time comes. I try and take that pressure off myself by thinking about the big games I've already played in this season.

Lane started in the initial Back to Belmore game against Melbourne in Round 17, and repaid the faith of coach Des Hasler by scoring a try and producing a try assist and five tackle breaks to take man-of-the-match honours in that game.

"Playing at Belmore Sportsground in front of a sell-out crowd, Des put a lot of faith of me to start I've managed to take a lot out of confidence since that game. It makes me think I really can really it with the best at this level and perform on the biggest stages in rugby league."

Lane has earned the backing of vice-captain Aiden Tolman to do a job for the club.

"He has been going really good and he's still a young kid and obviously still has a lot of improvement in his game but the way he has come into the team after Tony [Williams] got injured, he has just played his own game and role," Tolman told NRL.com.

"And really too, he's been getting across the try-line for us which is good. I hope Frank plays though because he's irreplaceable in terms of what he brings to the team."

Lane shared Tolman's view of the importance of Pritchard, in what is his final season at the club before he heads to the English Super League in 2016.

"He's been our best forward all season. Frank has stepped up another level from what I've seen from him in the past and he's a veteran of the game so you never would've expected it from him coming into the season," Lane said.

"But ever since he decided to leave he's had heaps of energy and you can really tell he wants to go out with a bang this year. I wouldn't want him to miss out on possibly his final game for the club." 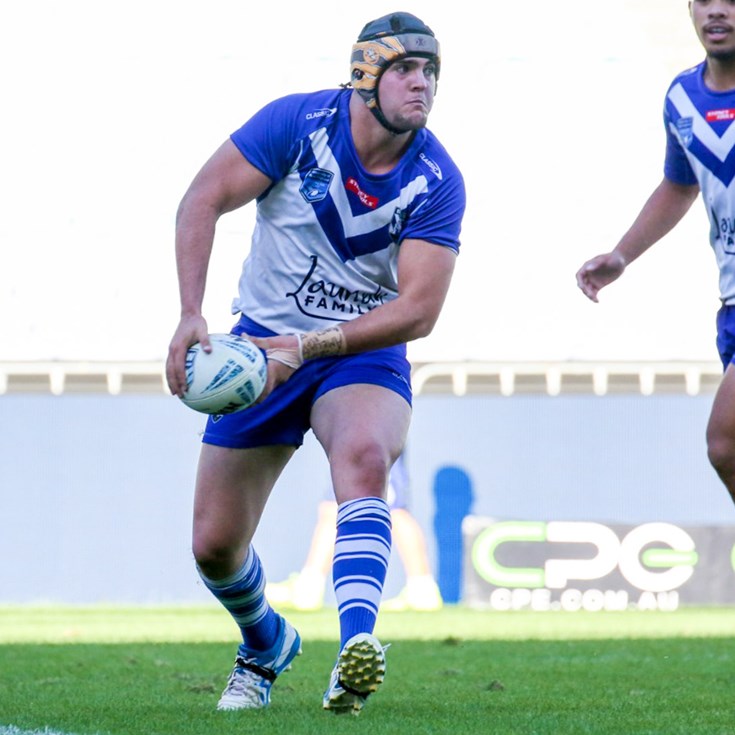